Overwatch patches are like emotional rollercoasters for McCree players. 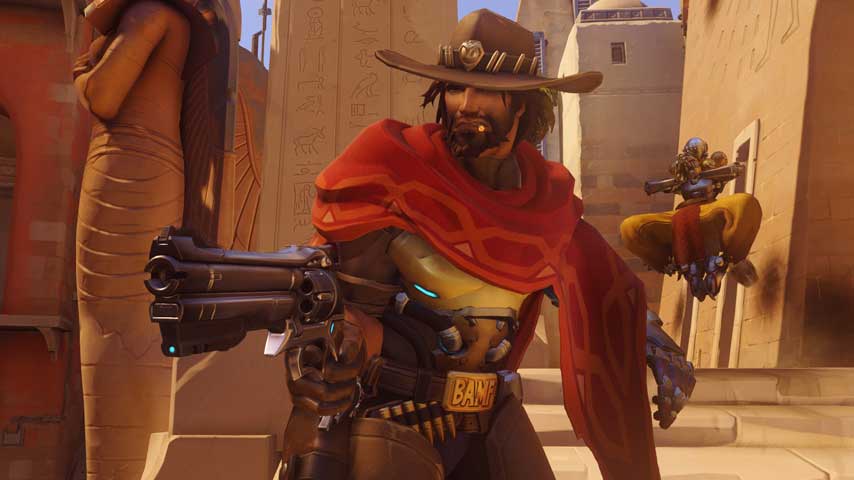 Overwatch has been updated with another round of balancing.

The patch is only available on PC right now, but many of its changes will come to the PS4 and Xbox One versions of Overwatch as part of a larger update some time in the future.

One of the key foci of the update is a rebalance of Overwatch's latest roster addition, Ana.

"While Ana has been very well received, she was showing to be a little bit weaker overall. In addition to helping her feel better to play, these changes should also increase her healing and damage output," Blizzard said.

The second major change is yet another nerf to McCree, who at this time most hold a record for the most indecisive character in Overwatch; this nerf is in response to a buff he received in the last patch, which was in itself a response to the nerf he got in the one before that. Gosh!

"McCree’s latest range increase helped him quite a bit, but it was a bit too much in the right hands," Blizzard said.

"This change weakens his long range damage somewhat, but still keeps it stronger than it has been in the recent past. The other changes combine to allow him to land more alternate fire shots on targets that he has hit with Flashbang."

There are also a couple of bug fixes. Full patch notes follow, direct from the Overwatch blog: