Call of Duty: Black Ops Cold War and Nintendo Switch once again dominated US retail in January, according to NPD.

The NPD January 2021 report has been released, and it finds total industry spending in January 2021 reached a January record of $4.7 billion, 4which is 42% higher year-over-year.

Hardware dollar sales reached $319 million, which is 144% higher than in January 2020, making it the highest total January month since 2011 when $$323 million was achieved.

In software, Call of Duty: Black Ops Cold War was once again the best-selling game, and has been every month since its November launch. It is now the 20th best-selling video game in US history in tracked dollar sales.

Switch's best-selling title for the month, Animal Crossing: New Horizons, was fifth on the software chart. 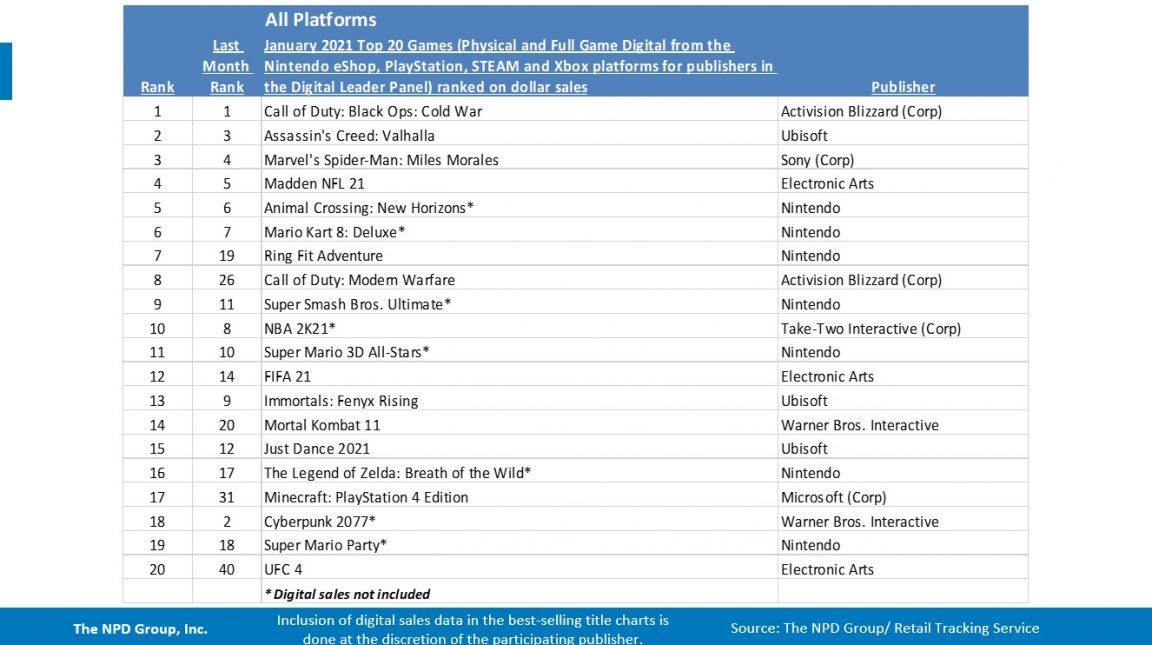 The PS5 DualSense Wireless Controller White was once again the best-selling accessory.