While much of the conversation around Nioh 2 focuses on the mechanical complexities of its combat system and the punishing brutality of its bosses, there’s also a lot of depth in it’s armor system for those who want it. By combining powerful armor sets, or god rolls on particular pieces, you can create some of the best builds in Nioh 2 quite easily.

One of the most agonizing decisions in Nioh 2 though, is where to spend your points on levelling up stats. If you specialize, you can do some pretty cool things with your character’s stats.

However, not everyone wants to put the time into speccing out a broken character for their eighth playthrough. So we’ll also talk about the basics, and a few of Nioh 2’s best armor sets for your first run.

Best Armor sets and stats for the Nioh 2 early game

In Nioh 2, Armor is split into three weights - light, medium, and heavy.

Before you commit to spending stat points, think about the kind of character you want to play. This will largely be dictated by the starting weapon you chose or, if you’ve decided you hate it and want a different one, the weapon you like the look of.

The stat level up screen tells you which weapons are affected by which stat, so let that guide your decision. 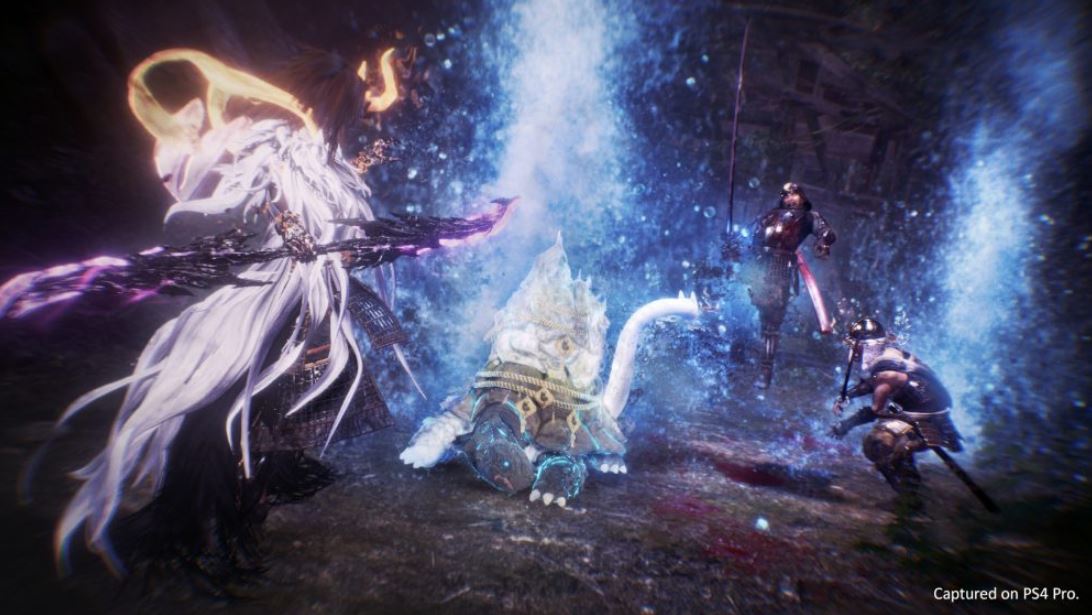 Heavy armor works well with axes, spears, or an odachi. Whereas light armor works with just about everything because a lot of weapons have skill damage scaling. Medium armor is the jack of all trades, but master of none. Consider medium armor on a first run if you like the idea of a heavy weapon, but want to move a bit more quickly.

Don't feel bound by this though, if you want to mix and match you only need to put enough stat points into - for example - Strength and Stamina to meet the minimum requirements of wearing a particular heavy armor set to get the most out of it.

The general advice for the early to mid game of Nioh 2 is to not be too attached to any particular piece of armor. As you’re levelling up quickly, you’ll find better and better armor pieces all the time.

Let’s face it, especially if you’re using light armor, most enemies are going to chew and scratch through your health bar regardless of what you’re wearing. Quibbling over a point of defence here or there isn’t going to make much of a difference.

Instead, eyeball the different Special Effects a piece of armor gives you. The higher the rarity of an armor piece, the more Special Effects it has. Of the main rarities, Purple is the highest, Blue is second, then Yellow, then White.

Look for Special Effects which synergize well with your playstyle and are going to be useful in lots of situations.

For example, Poison resistance might be good in specific scenarios, but useless in others. If there’s a slight difference in Defence, but the lower piece has a great Special Effect like + Attack, Life, or Ki, or something like dash/dodge Ki reduction, consider using it over a similar piece with weaker effects.

However, by that same token, don’t hold onto outdated equipment for the sake of a 1% bonus to your backstab damage. Keep your equipment roughly in-line with your character level, but have an eye on Special Effects.

Around the mid-point of Nioh 2, you’ll start to find specifically synergetic sets of armor which give powerful bonuses when used in conjunction with each other.

If you’ve been ploughing your Amrita into only one or two stats up 'til now, it’s worth diversifying to make some of them available.

For instance, the Shrine Maiden’s set is a game changer. Requiring 6 Constitution and 6 Skill, it’s Servant of the Gods bonus makes it one of my favourite armor sets around this point in the game. As well as reducing the damage taken from Yokai, it restores some of your health every single time you purify a Yokai puddle.

That’s a crazy powerful ability in boss battles, and in the Other Realm especially. I much prefer it to the Pit Viper’s Vicissitudes of Life bonus, because the Auto-Life Recovery is very slow.

Alternatively, look out for the similar light armor Sohaya Garb set, which restores your health on melee kill, buffs your damage against Yokai, and makes it really hard for them to spot you. You need 9 Skill and 9 Constitution to wear it.

If you’re into medium armor, check out the Sohaya set with “Yokai Annihilator”, which has the same buffs as the Garb but is medium armor. You need 9 Constitution and 9 Strength to wear this set.

Or if you’re into really heavy armor take a look at the Yoriki line, which isn’t an official set but when worn together gives you a very strong chance of Life Regeneration when you kill an enemy for just 7 Stamina and 6 Strength.

Other heavy options at this point aren’t amazing - other than the Greater Good set bonus, Tranquil Foundations. This needs 12 Stamina and 12 Strength. A full set of this heavy armor gives you a 30% chance to gain a bonus Elixir every time you take a swig. 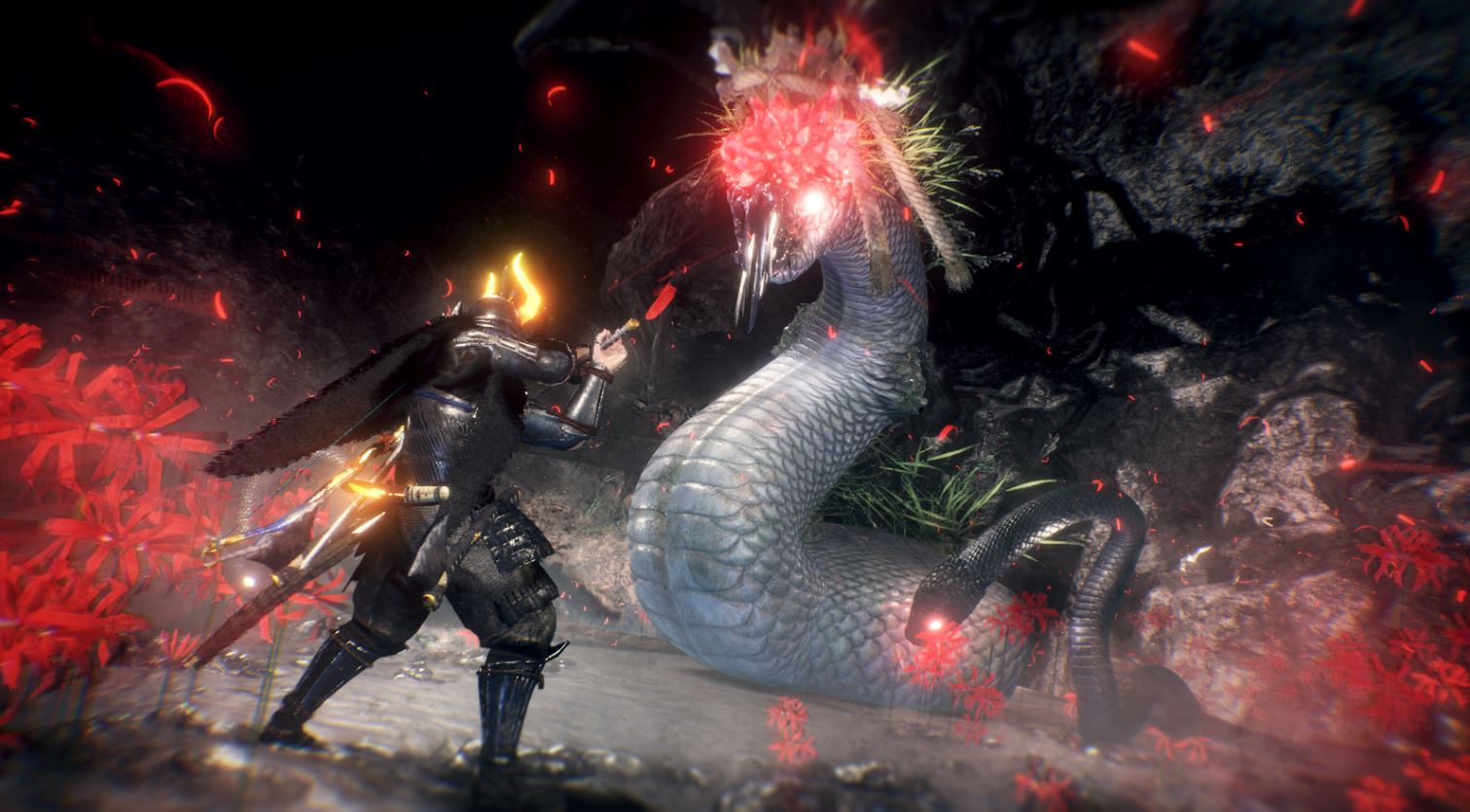 As you make it towards the latter stages of Nioh 2’s campaign you gain access to many more armor sets, but can also start dabbling in mixing sets together.

Including Accessories you have 11 slots to fill. Most Bonuses can be achieved with 3-5 slots filled, so you can start speccing out interesting characters without compromising your primary weapon.

For instance, for a while I was mixing 4 pieces of the Golden Gourd set (15 Constitution, 16 Skill) with 5 pieces of Saika’s Yatagarsu (11 Constitution, 12 Skill). This gave me a total of +9% to all my melee damage, a 10% reduction to Dodge Ki consumption, and Life Drain on headshots.

It also gave me Auto-Life Recovery when my health dropped low. Towards the end of the game a lot of bosses start to inflict status damage like poison or burning. This means if I lived a hit with a sliver of health, I could retreat and heal rather than die to the chip damage.

As you progress through the game you can start to weave your favourite sets together to create synergetic builds that suit your playstyle.

Not only that, but you also start to gain access to upgraded versions of earlier sets, as well as weapon boosting sets.

If you have 12 Constitution and 13 Skill you can wear the Wandering Shrine Maiden’s set, which gives better defence than the original but with the same OP health restore on Purification.

And while spears can be good for tanks, they get a strong set of light armor in Mataza’s Master of Spears set (14 Constitution, 15 Skill).

Look out for your favourite weapon’s set - like the Kawanami Clan bonuses to Kusarigama skills.

There are ones for Ninjutsu and Onmyo Magic too, like Flying Kato’s Master of Illusion set and the Genmei Onmyo Mage's outfit, which increases magic damage, power, and adds a reduced defence effect to your magic hits.

Before we start, remember you can reset your skills at any time with a Book of Reincarnation from the Blacksmith.

Creating the best builds in Nioh 2 is about focus. The numbers I’ll throw out here are based on the levels you gain by about the middle of a single playthrough. Once your character level starts to get to 80+ you can push them higher. 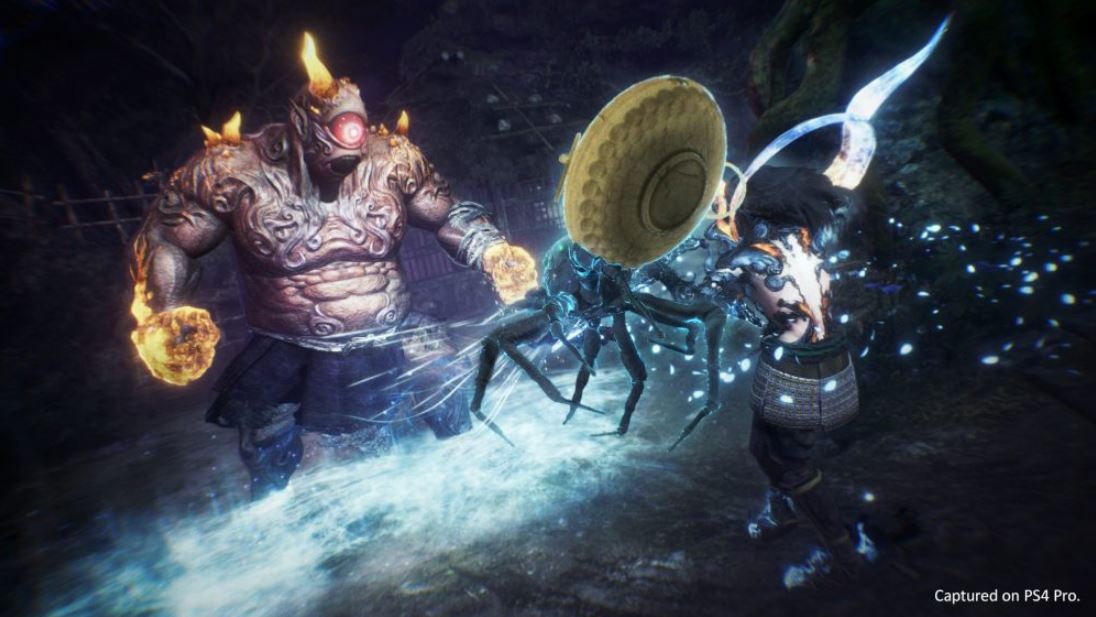 From the beginning of the game you need to nail your colours to the mast of a particular weapon and stick to it from there. Raise your stats for that primary weapon’s scaling to about 40. For example, if that’s a Katana, then pile that many stat points into Heart.

Not only does this give you great damage with Katanas, but a massive Ki pool to work with.

This works for any weapon, for instance with Spears you want 40 Constitution for example.

Then you need to pick a secondary stat. This should be either your primary weapon’s secondary scaling stat, or your choice of Ninjutsu (Dexterity) or Onmyo (Magic).

Next, you need to add some stat points to your choice of Strength and Stamina for heavy armor, Constitution and Strength for medium armor, or Skill and Constitution for light armor. This is so you can wear any of the armor sets you want for your build.

Then to finish off, if your other stats are at nice round numbers, you can add some points to Heart and Courage for better Ki Recovery.

Generally, that’s all you need to create a good build in Nioh 2 - but there are crazy things you can do if you make it more complicated.

Now it’s time for the memes. I’ve embedded examples of the two ways your can min/max your build: spam a ridiculous amount of buffs, or specialize all of your equipment to inflict a certain status and then buff your damage against characters inflicted with that status.

One example of a tanky build is shown off by RPG Division in the following video:

At level 82 his stats were:

Then skills wise, the main ones from the Spear tree were Tornado, Piercing Rain, Water Wheel, Relentless, and Merciless Barrage.

From the Axe tree, you need The Adamantine.

The gist of builds like this is to tear through bosses insanely quickly, spamming all your buffs before you drop into the arena, then tank through their hits thanks to your magic and skill protection so you can swing away without mercy.

Alternatively you can go the route of dealing crazy damage to enemies inflicted with a status like the following build shown off by FightinCowboy.

The goal of this build is to combine powerful Dual Swords with extra damage against paralysed enemies.

To pull it off you need a set of the Master Swordsman’s heavy armor, combined with a couple of pieces of the Profligate Sinner bonus from the Malefactor’s set.

Then you want to pick up Sign of the Cross from Dual Swords, and Paralytic Groundfire from Ninja.

This set up combines to deal massive damage, and shows how you can create status heavy builds which body even the toughest bosses. There are a lot more intricacies to the build than that, so I’d suggest watching the video.

For more on Nioh 2, here's our list of boss guides!