Nintendo will host its annual E3 Nintendo Direct on June 11, and the focus will be "entirely on software." Don't expect news on those rumored Switch skus then, apparently.

The Nintendo Direct E3 2019 presentation will take place the morning of Tuesday, June 11 and will be followed by the first of daily Treehouse Live streams.

You can watch the Nintendo Direct right here on the site at 9am PDT, 12pm EDT, 5pm UK, 6pm CEST.

Alternatively, it will be available on Nintendo's E3 hub page and through Twitch and YouTube.

Both events will feature players from North America, Europe, Japan and Australia/New Zealand.

We'll have more information out of Nintendo as it comes. In the meantime, be sure to bookmark our handy E3 2019 conference page to find out start times, how to watch and everything else you need to know. We will be updating it as often as possible ahead of the show. 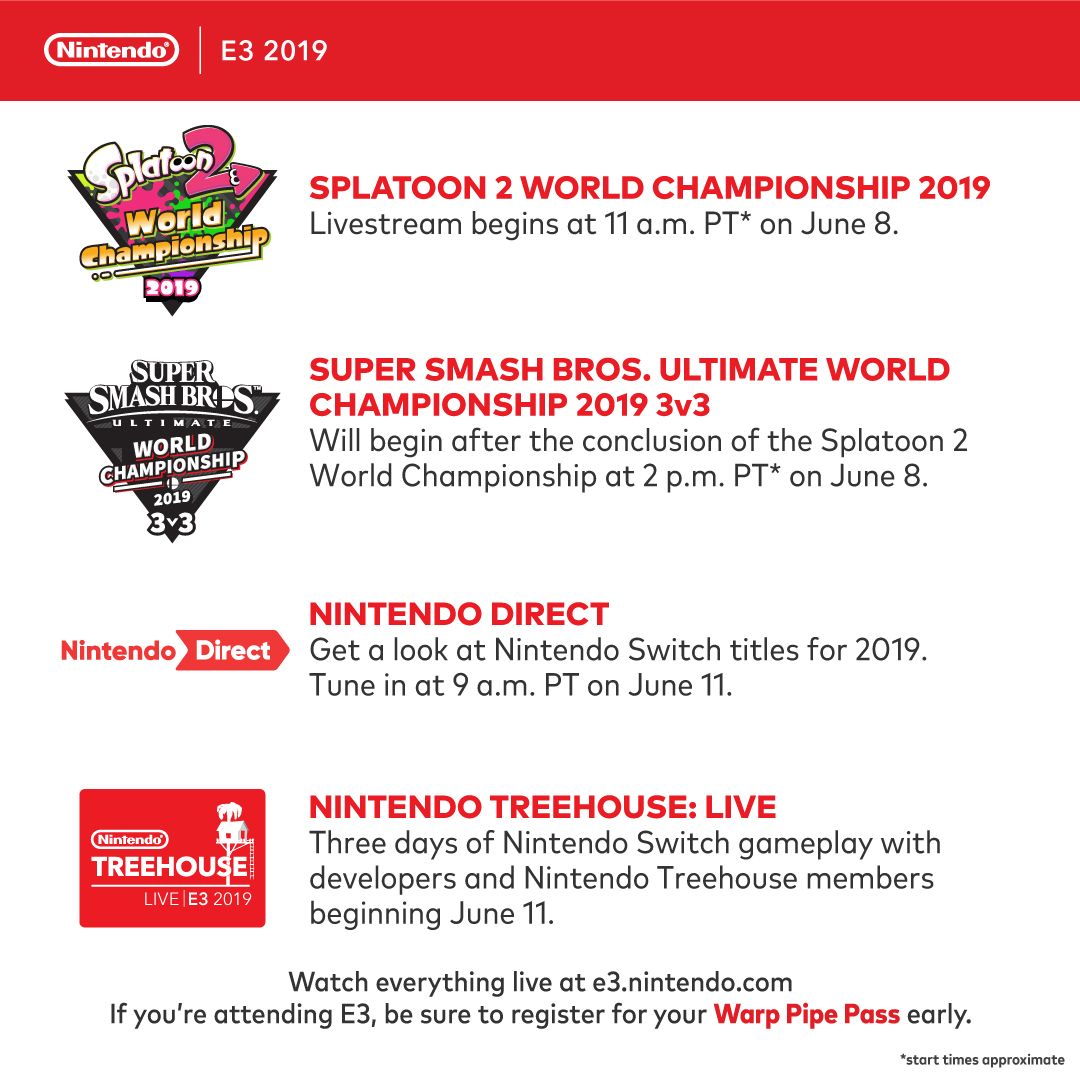