Toy manufacturer NECA has unveiled its newest video game-inspired figurine: Robocop. The figure is based on Data East's 1989 adaptation of Paul Verhoeven's gloriously violent film. Check it out after the break. 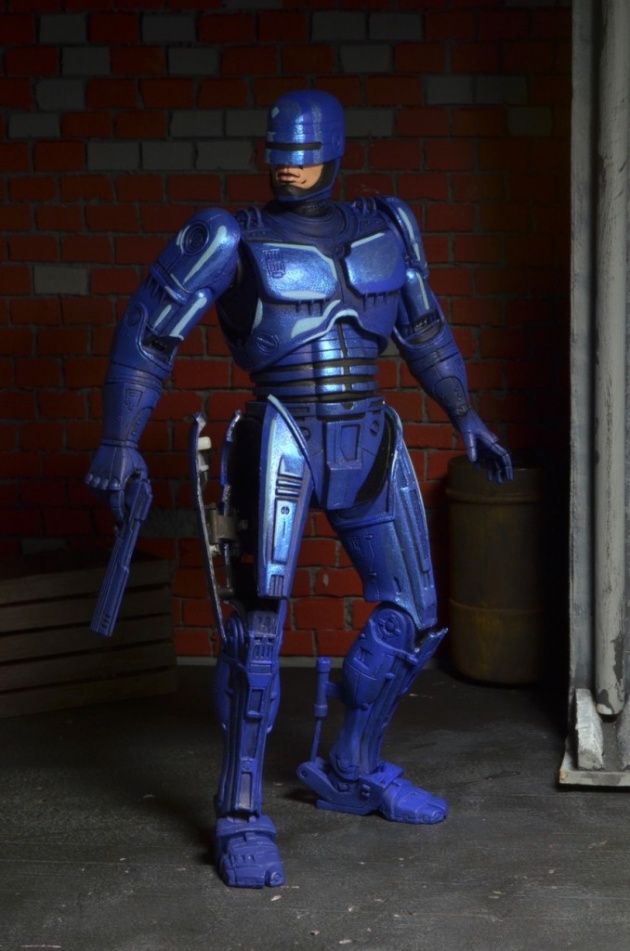 "Robocop is the third figure in our highly successful line of classic 8-bit video game tributes. Released at the very end of 1989 for the super popular 8-bit home console, the video game Robocop is an ’80s classic.

NECA’s Robocop (1989 Video Game Appearance) will be a fully articulated 7-inch figure with spring-loaded holster and Auto-9 Pistol. Robocop is painted in the blue-ish purple video game deco with a hint of cel shading. This figure comes in a special window box packaging with opening flap to re-create the look and feel of the classic 1989 video game packaging.

Video Game Robocop is tentatively scheduled for release in February 2014. And in case you missed it above, this figure is limited to one production run only. When they’re gone, they’re gone!"

Does anyone have fond memories of the game? I was only 2 years old.