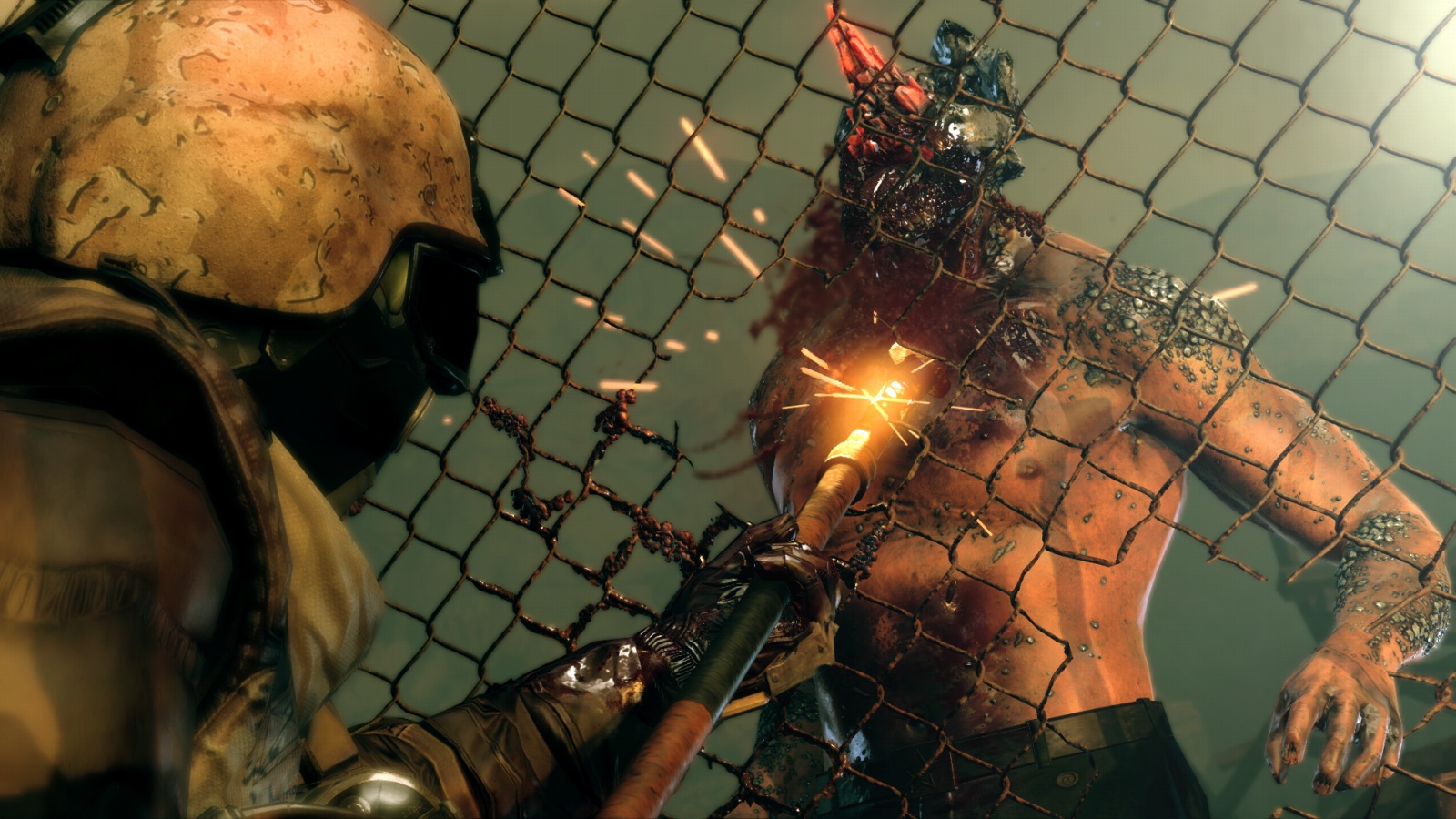 Metal Gear Survive was announced at gamescom and the reaction has been interesting to watch. It's a mistake to glance through your Twitter feed or look at some Reddit comments and decide "yes this is what everybody thinks", but there are certainly some very loud voices with overlapping opinions.

One comment I've seen all over the place is "this isn't Metal Gear Solid", which is pretty amusing really because no, it's not: that's right there in the title. Metal Gear Survive, like both Metal Gear Acid games and Metal Gear Rising: Revengeance, is something of a spin-off. It's not part of the ongoing (?) Solid timeline.

Faced with the prospect of continuing the beloved Metal Gear Solid storyline, something that’s going to take very, very careful handling, Konami has instead elected not to do that.

That distinction is built right into the premise this time, too - it all officially takes place in an alternate timeline to the Metal Gear Solid story. The idea is Big Boss (or whoever, hem hem) never walks out of the hospital he's transported to after the bomb at the end of Metal Gear Solid 5: Ground Zeroes. As such, Metal Gear Solid 5: The Phantom Pain doesn't happen. Instead, for some reason, wormholes open and suck all the soldiers of Mother Base off to some weird island covered in zombies and monsters.

That's ridiculous, obviously. I will even concede it's ridiculous when compared to everything in Metal Gear Solid, which is one of the most ridiculous franchises ever conceived in an industry founded on ridiculousness (note: that doesn't mean it's bad. Metal Gear Solid has never taken itself as seriously as the nuclear geo-political themes suggest, and that has always been one of its core, most praise-worthy strengths).

If Konami's-studio-formerly-know-as-Kojima-Productions had decided to wipe The Phantom Pain from the Metal Gear Solid canon, or if it had elected to begin a new entry in the Metal Gear Solid canon with wormholes in the sky sucking a bunch of soldiers off to an island populated by zombies and monsters, that would deserve some pretty sharp words from fans. It would, indeed, be disrespectful to what has come before, a painful shoehorn and waste of the Metal Gear brand, and a spurious foundation for its future.

But Konami hasn't done that. Faced with the prospect of continuing the beloved Metal Gear Solid storyline, something that's going to take very, very careful handling, it has instead elected not to do that (yet?). Instead, the team has almost certainly sat down with the FOX engine it is already familiar with, grabbed a bunch of Metal Gear Solid 5 assets, and played around until it had a prototype, drawing on the strengths of Metal Gear Solid 5's combat sandbox. 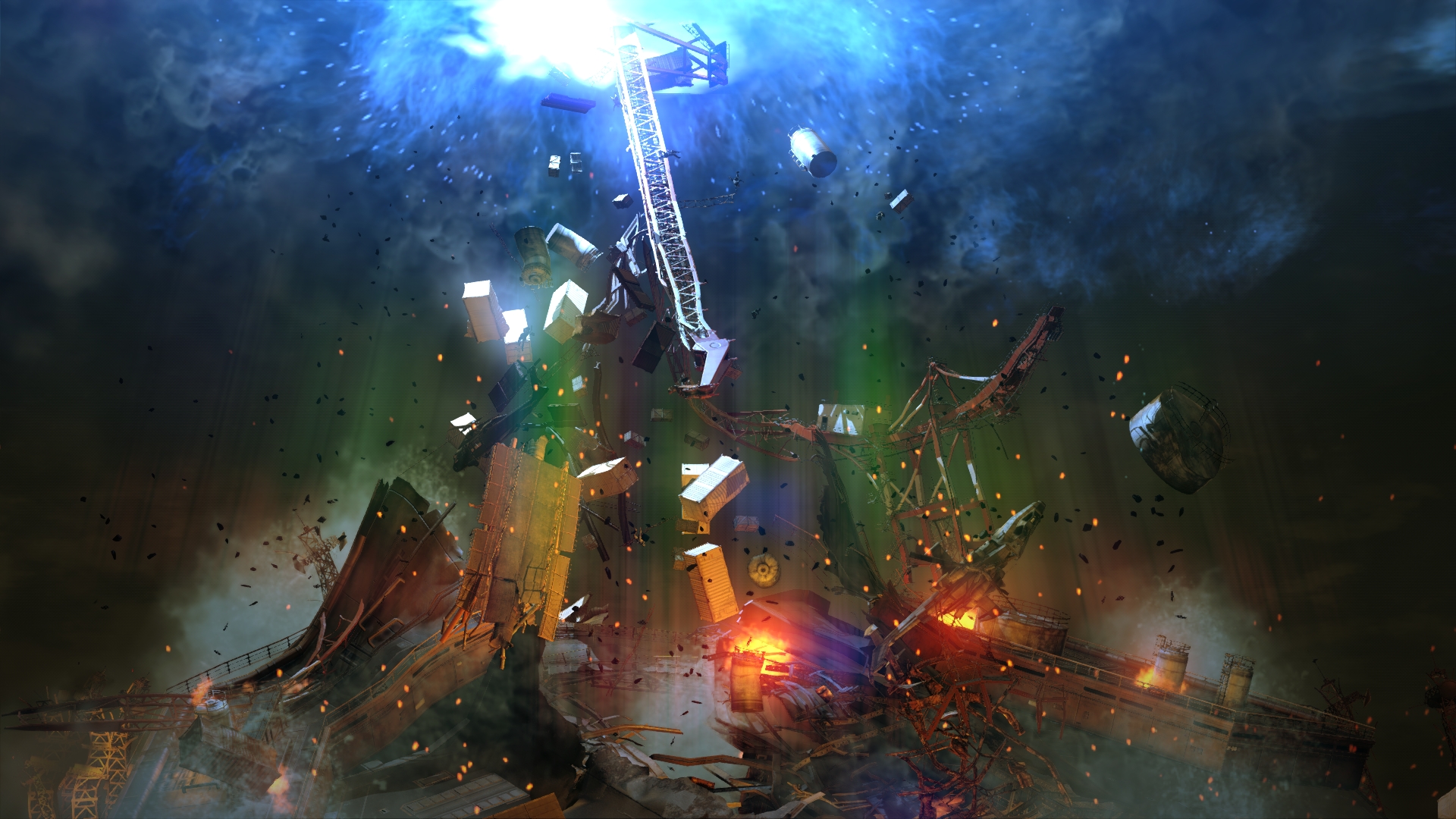 It's not hard to see why; when you're telling a single-player espionage story with overt pacifist themes, you're not going to pour the time and resources needed to make a successful multiplayer mode. Be it Portable Ops and Peace Walker's co-op missions, or the two different Metal Gear Online suites packaged with Metal Gear Solid 4: Guns of the Patriots and Metal Gear Solid 5: The Phantom Pain, it's never really hit the mark, often hindered by technical issues or clumsy execution rather than lack of legs.

The first trailer sets the scene. There are no flaming flying whales. Or are there??

That's a real shame, because there's clearly a great deal of potential there if someone can get it right, and by focusing on co-op play instead of long narrative arc, Konami's-studio-formerly-know-as-Kojima-Productions might just have the chance to do it. Because Konami knows you don't want to pay the same price for a multiplayer sandbox as you would for a full-blown cinematic single-player release, and so Metal Gear Survive is a budget title with a short turn around.

A smaller project also gives the team a chance to find its feet. There's a great deal more veteran Metal Gear Solid talent hanging on at Konami than Kojima legging it with the studio name suggests, but it's under new leadership now, and with Kojima out the door it's probably going to have to get used to a new kind of production schedule without an auteur to wrangle deadline and budget blow outs from management. Let's be realistic here: Kojima may make great games, but he's extremely bad at keeping the scope of his vision under control. In an ideal world, creators wouldn't have to - but this is reality, where video games can cost millions of dollars to make and are commercial enterprises. 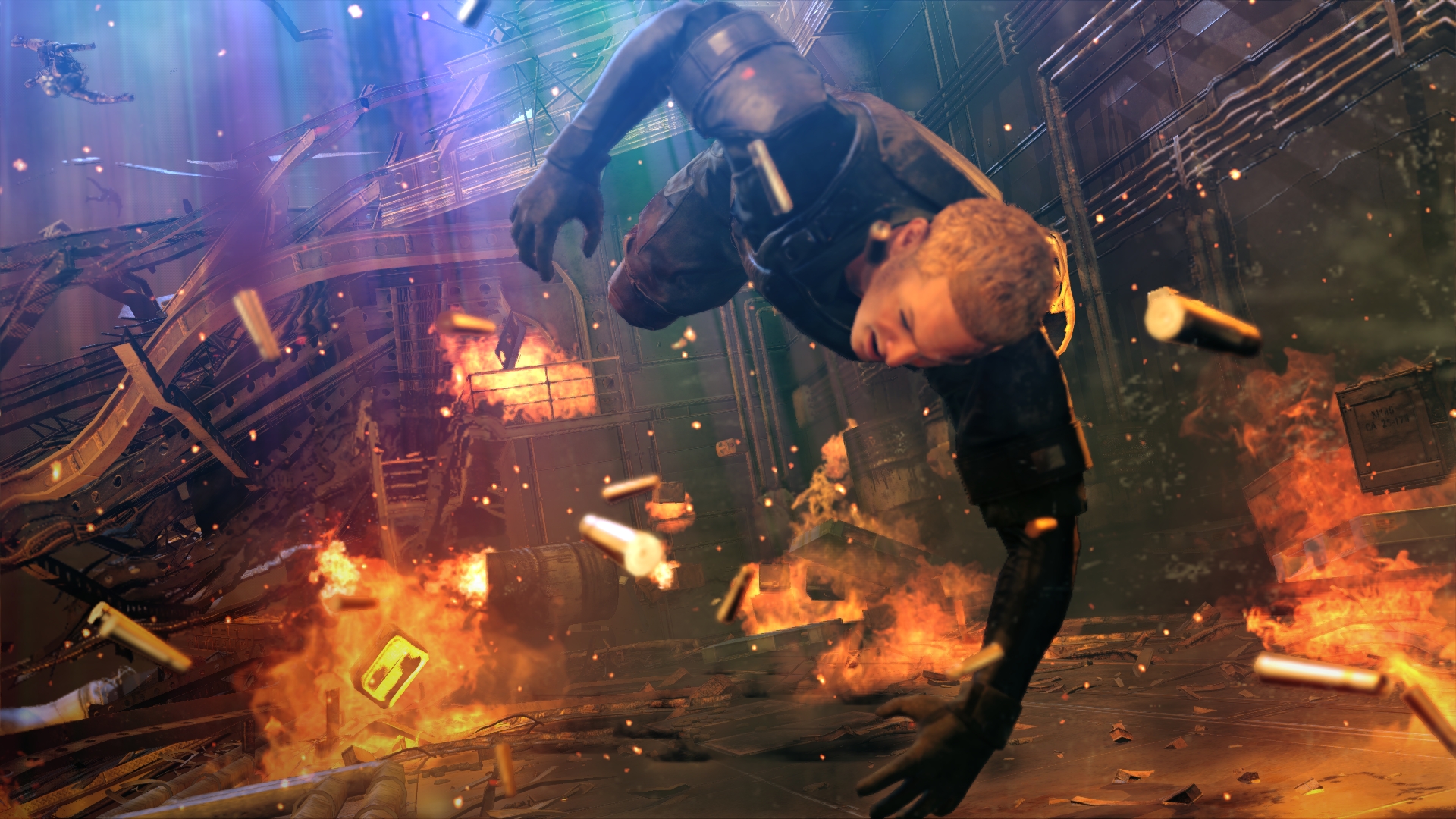 "Kojima may make great games, but he's extremely bad at keeping the scope of his vision under control."

It doesn't surprise me at all that Konami's-studio-formerly-know-as-Kojima-Production has made a zombie survival co-op sandbox, because that combines some of the hottest trends of the past few years. DayZ, H1Z1 and State of Decay are the obvious frontrunners, but you could also cite Minecraft, Rust, Ark: Survival Evolved and even No Man's Sky along with oodles of open access titles.

You can imagine Konami handing down a mandate to its development team ("Make this thing my kids are into", which, the joke goes, is how Sony Online Entertainment was being run in its final years heyoooooo), but if you're not hellbent on believing Konami is the devil, you can also easily imagine a group of developers taking inspiration from the games they enjoy during the prototyping process.

Why are we so convinced Konami is the devil, anyway? To me it seems largely a matter of some poor Silent Hill sequels, a withdrawal from mainstream triple-A games development, willingness to use its licenses on pachinko machines, a falling out with Kojima - and a very marketable narrative.

Certainly Konami didn't help itself by forbidding Kojima from collecting an award for Metal Gear Solid 5, although it's probably worth remembering that award went to a large number of other people who also worked on Metal Gear Solid 5 and haven't become household names traveling around with an entourage to give them massages, but very little effort is made to give Konami the benefit of the doubt. It went to some pains, damaging its own reputation, to sort out the legal mess of de-coupling Kojima's name from a division of his former employer, in order to allow him to leverage his personal brand. It gave him years and huge amounts of money to make Metal Gear Solid 5. It has maintained the team Kojima left behind when it might just as easily have washed its hands of the whole thing and opened another 20 profitable health clubs.

It's very easy to brand Konami as a bad guy (conveniently, just as everyone wants to get mad about Konami, we're all manifesting very strong moral stances on gambling) and Kojima as a beautiful caged bird. It's a simple narrative - easy to relate to, and therefore easy to sell; Sony certainly has a vested interest in selling it. 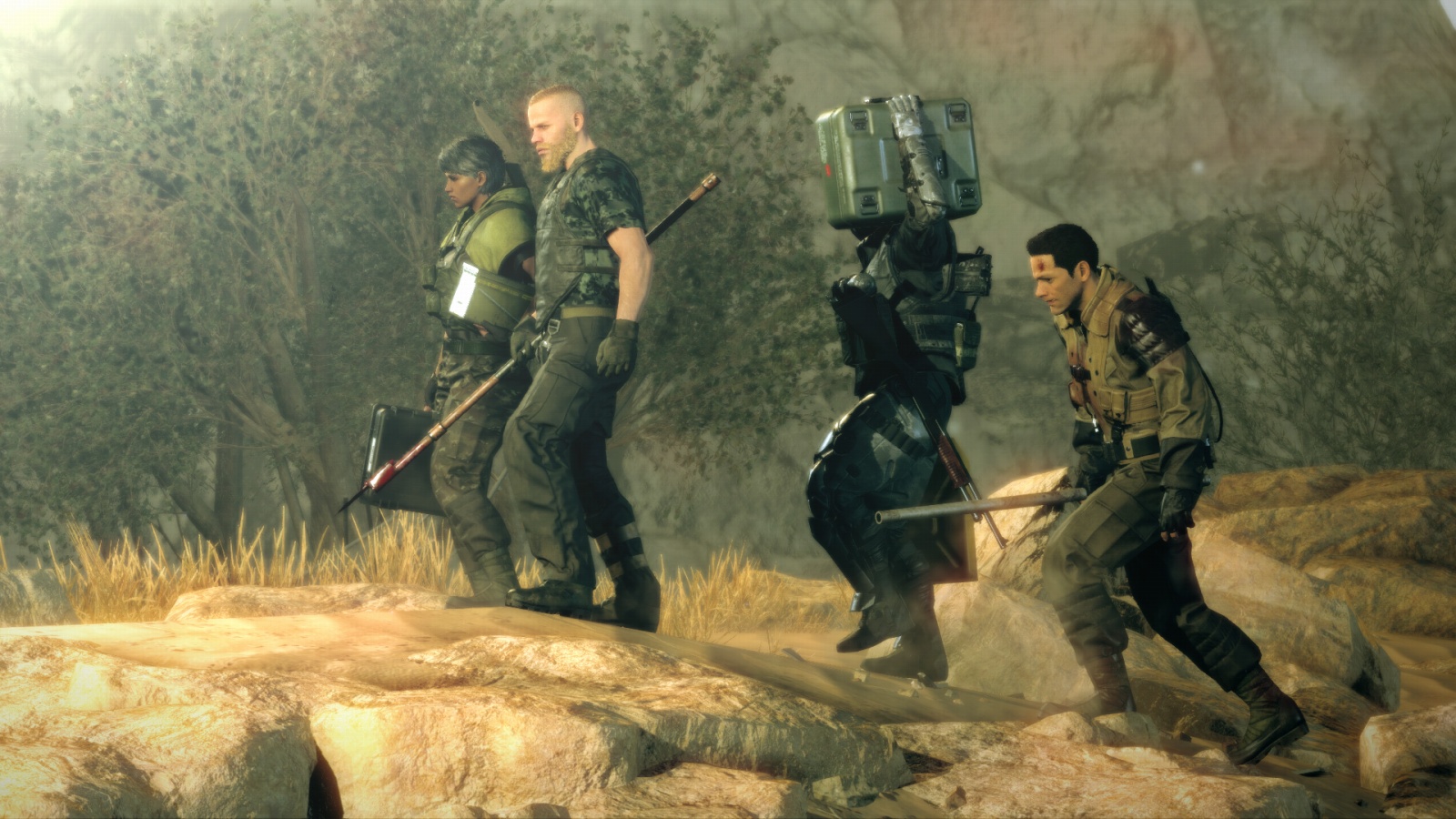 Kojima took the name Kojima Productions with him, and he also took producer Ken Imaizumi and artist Yoji Shinkawa. He did not take the whole studio formerly known as Kojima Productions; many of the same people who brought you Metal Gear Solid 5: Ground Zeroes and The Phantom Pain, as well as earlier Metal Gear games, are still toiling away at Konami.

I for one am very interested to see what they do with some of the under-leveraged gameplay of the Metal Gear series. I'm interested to put myself in the role of a Metal Gear super soldier I've created for myself, and play around with those gadgets unshackled from the espionage fiction, so I can shoot all the things I want to shoot. I'm very interested to see what Konami's-studio-formerly-known-as-Kojima-Productions does after it's enjoyed a nice short dev cycle, a palate cleanser if you will, and are ready to consider the ongoing storyline of the universe again.