LawBreakers developer Boss Key is introducing the world to the game's classes, one at a time. 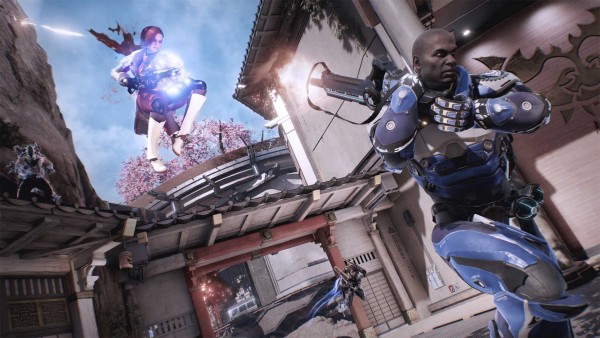 LawBreaker, the multiplayer shooter from Cliff Bleszinski's Boss Key, includes four classes. These are the Enforcer, Assassin, Titan, and the Vanguard.

More roles will be revealed later, but until then, Boss Key has taken to introducing each class the proper way. It's doing this through two short videos for each class. The first offers a quick introduction, while the other gives a more detailed look at the role it's designed for.

Here's the first one, a snappy and to the point call to action, showcasing weapons and abilities.

Now for the longer video, which delves deeper into the developers intent behind the role, and goes over a couple of tips for players. A particularly cool ability the Enforcer has, which you may have seen in the trailers, allows him to shoot behind him for a speed boost, or to blind-fire at pursuers.

LawBreakers alpha is due for another testing period this weekend. You can sign up for a chance to get selected.