Gigantic, the promising action MOBA, will be discontinued in July.

Gigantic's developer Motiga confirmed that the game's January update will be its last, and that servers will shut down on July 31.

Being an online game, this means Gigantic will not be playable after this date. From now until its end of life, all of Gigantic's heroes - including T-Mat - will be free so everyone can have a bit of fun.

You'll no longer need to spend Rubies or purchase the various Hero Packs to acquire the game's heroes. You'll still earn currency as rewards for playing, which you can use on shop items, all of which will be discounted.

In a blog post, Motiga said that Gigantic "did not resonate with as many players as we’d hoped."

"Over the last several months, the teams at Motiga and Perfect World looked into viable options to sustain Gigantic," the developer wrote. "However, the current state of the game has restricted options for further progress and relevant content updates, and delivering basic features while also fixing long-standing issues was more complicated than expected. 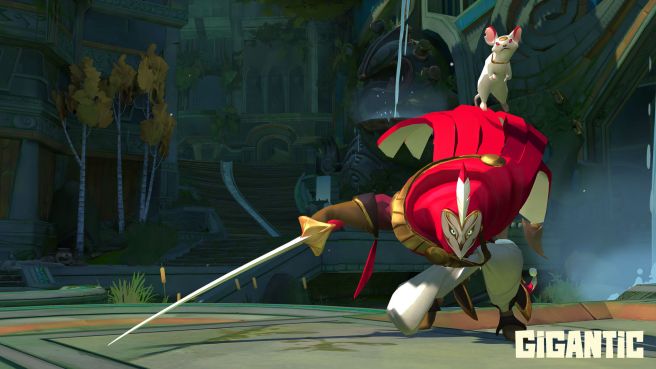 "Despite our best efforts, we were unable to find an impactful solution that would help Gigantic break through in a crowded market."

These reasons are not dissimilar to the ones stated by Epic Games when it announced that Paragon will be going offline. Both games are heavily inspired by MOBAs, and though Gigantic offers something more akin to hero shooters than Paragon's orthodox take on MOBAs, neither were successful enough to sustain future growth.

"We want to extend our sincere gratitude to everyone who gave Gigantic a chance."