According to God of War's Cory Barlog, single-player titles are currently a phoenix of the games industry.

Single-player games have reportedly been dying for most of my adult life, yet somehow we're always so surprised when games like God of War are smash hits. This isn't a fact lost on God of War director Cory Barlog, who views these kind of comments as an ebb and flow across the industry.

"Single-player games are the phoenix at this point," Barlog told IGN. "We go through the ebb and flow. Games change by the different creatives that get involved and say, 'I have this crazy idea.'" 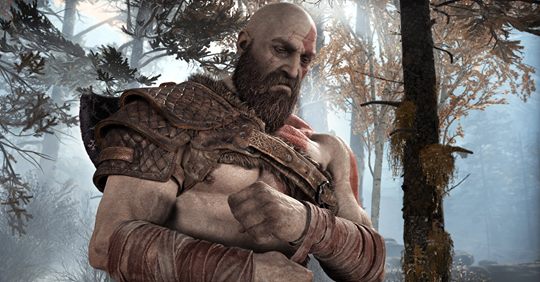 This conversation was sparked while discussing the latest Battle Royale craze, where games like Fortnite dominate the marketplace while traditional franchises find ways compete with the genre. To Barlog, this is a fairly normal development, but both genres will always exist alongside each other.

"It's not about a competition between multiplayer and single-player," he continued. "It's not about any of them being alive or dead, right? It is Schrödinger's cat. We are alive and we are dead at the same time, right? And we will always be that way. And it will be an ebb and flow throughout time."

In terms of personal preferences, Barlog goes a step further by adding that he isn't interested in competitive multiplayer - and thank goodness, because God of War could have been a completely different game otherwise. But at the same time, Barlog doesn't have anything against multiplayer games or those who enjoy them. "I don't want to work on any games that don't have some kind of story component because that is the draw for me," he said. "Competition doesn't drive me. It's not to say that competition is bad, it's not to say that competitive games are bad because I love that those that exist, but it's not my thing."