Players have arranged their very own community-based Fallout 76 marathon, and it's competitive.

The Appalachia Marathon is a completely player-organized event that has you make like Pheidippides and run 42 miles cross-country. Well, maybe not exactly 42 miles, but it’s a pretty long stretch.

The rules for the Appalachia Marathon, as outlined on Reddit, are as follows: 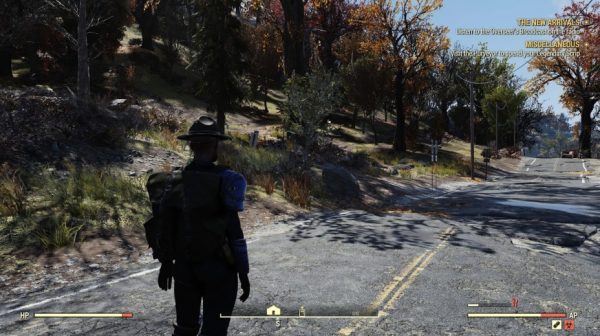 The event organizer, Marine_Mustang, has also listed their own result of 17 minutes and 10 seconds, beating current world record holder Eliud Kipchoge’s real-world time by a whopping 1 hour, 42 minutes, and 30 seconds. You want proof? Check out the video below.

Marine_Mustang also listed their marathon build. Remember, the rules state that performance enhancing drugs are not only allowed but are actively encouraged in the Appalachia Marathon.

In terms of perks, Marine_Mustang chose to rock Marathoner rank 3 and Action Boy rank 2. They used Marsupial and Speed Demon mutations, and drained nine Nuka-Cola Quantums throughout their run.

“I’ll try again tomorrow to see how much faster I can get,” they wrote. “I’m interested in seeing what combination of perks, food, and route results in the fastest time.”

“It seems the most important effects would be those that increase AP regen speed. A combo of Marsupial and Goat Legs would probably be optimal.” Take note, marathoners.

You can try out the Appalachia Marathon for yourself - if you’re willing to hightail it across the Wasteland of Fallout 76, that is. Just remember that it doesn’t count unless you capture video evidence, and if you’re caught cheating you’ll be sent straight to karma court.

In related news, Fallout 76 is getting pets! Also, it's currently full of hospitals, medics, and loo roll hoarders.