Dishonored is already totting up Game of the Year awards, but it's not everybody's Chai soy latte with pumpkin spice. Let our simple advice boost you onto the bandwagon before you lose your hipster cred. 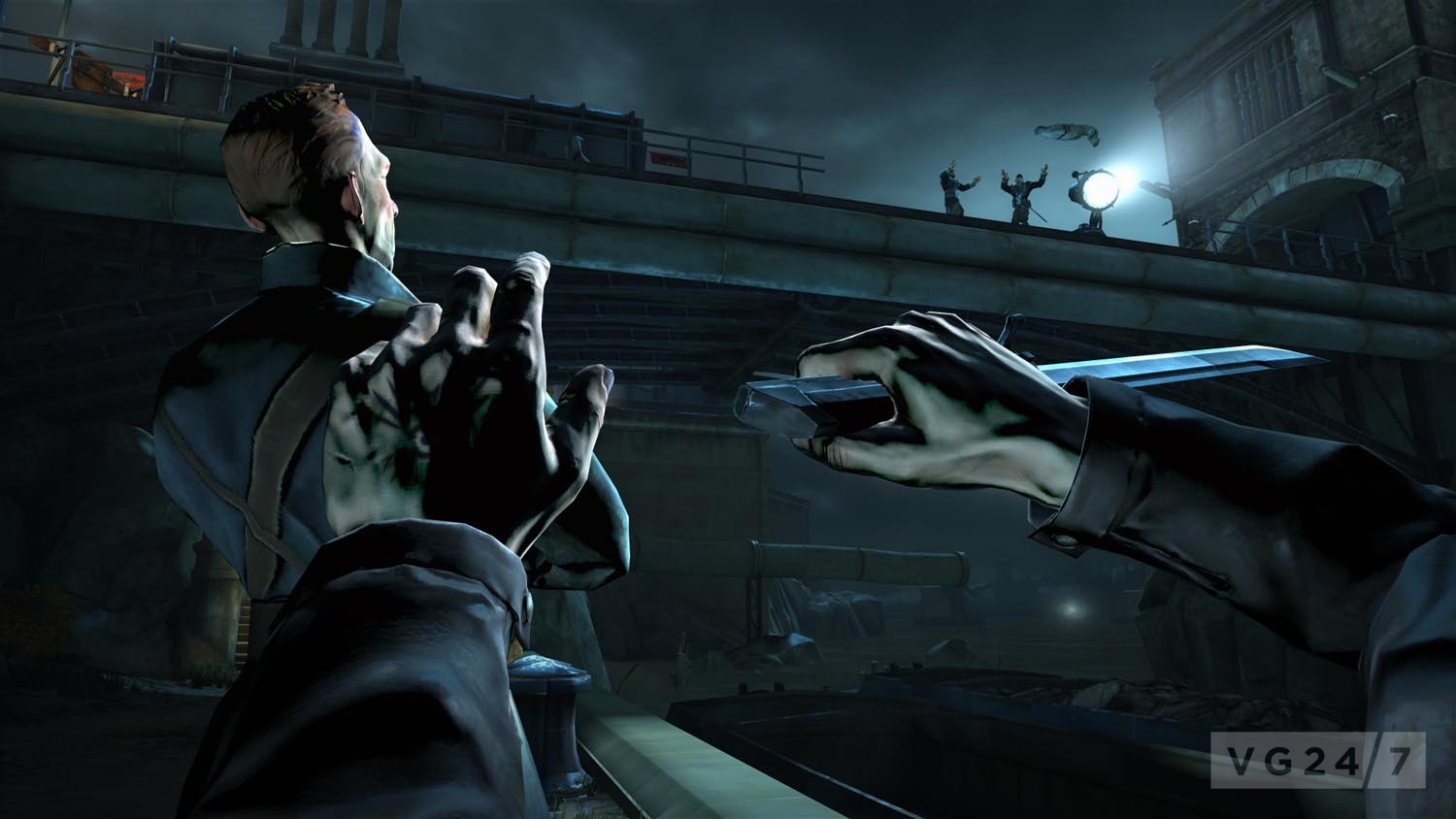 I got an IM yesterday which described Dishonored as "inaccessible". I promptly deleted the contact and tried to have them deported, of course, because as far as I'm concerned Dishonored is the exact opposite of that; it never leaves off begging me to come back and do all sorts of interesting things to it. But OK, let's imagine for a moment you're struggling to get into Dishonored (perhaps you don't enjoy fun?) and offer a few tips on coming to terms with your new found freedom to do whatever the heck you want.

Don't be turned off by the prison escape
Dishonored doesn't really start until you receive your first power. While the game could probably completed using absolutely none of Corvo's mystical abilities, that one very basic ability which is thrust upon you - Blink - is a deceptively simple and beautiful thing which goes together with the line-of-sight detection system in much the same way your hands attach to your wrists: seamlessly.

The opening sequence after Corvo's imprisonment is, for lackadaisical stealth players like myself, a bit of a nightmare; you'll have to rely purely on cover to make it through, and while there's some great stuff in it, it's generally unrepresentative of the rest of the game.

This does seem a bit silly - why not put the core mechanic in right from the get go? - but it also makes the sudden blossoming of understanding when you do put Blink to use all the better for the contrast. Once you have it, piss about with Blink; upgrade it, and learn how it works and what you can do with it. The answer to that last one is "pretty much everything". 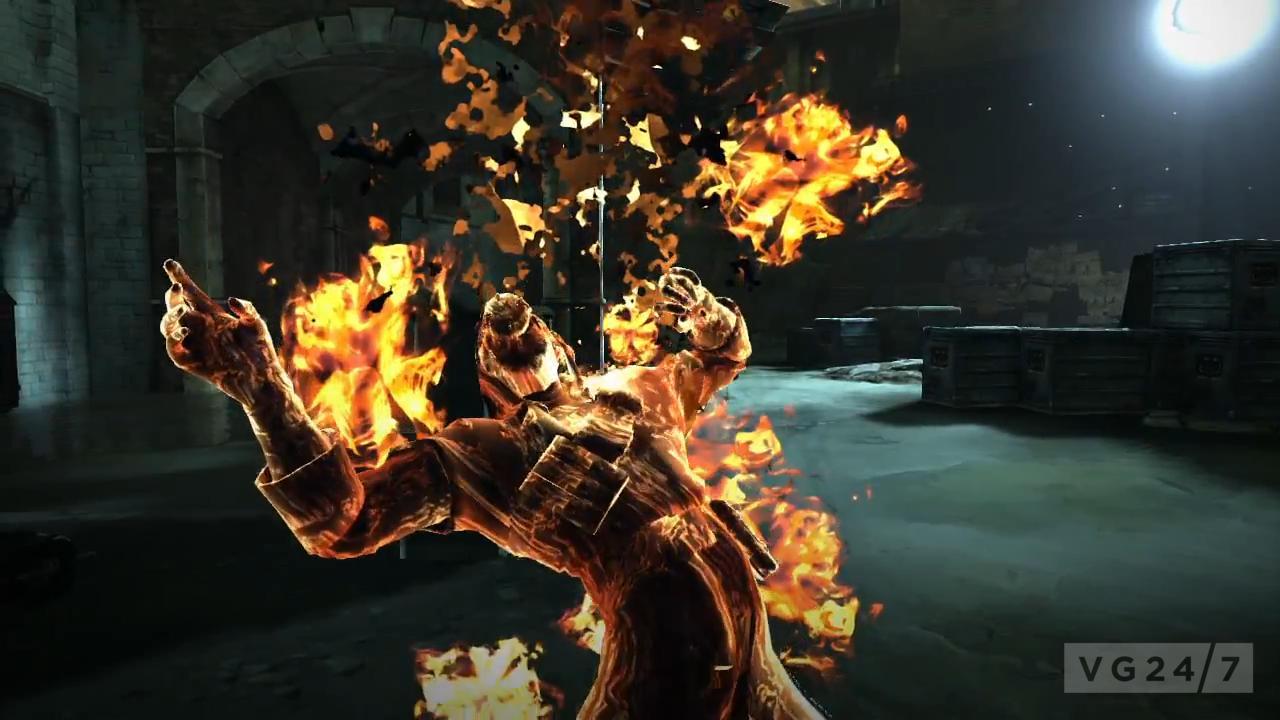 Combat is supposed to be hard
When you get the swordplay right in Dishonored it's more than satisfying. Parrying leaves enemies open for a glorious kill cam complete with delicious squelching sounds; powers are devastating; and handing out the smackdown to small groups of well-equipped foes certainly shows off Corvo's training.

When it goes wrong, though, it's less than ideal; Corvo reels when struck, causing you to lose track of opponents; enemies circle around to flank you; and if you miss a pistol shot or fire attack cue your health drains alarmingly quickly. Even an experienced player may be left staring at the You Have Died screen when they unwittingly plop down in a group of overseers.

This isn't about difficulty; it's about rewarding preparedness. If you pick your fights, have a plan of attack; know your tools and you'll dance around the environment leaving a trail of red sauce. If you get jumped in an alley, you'll have learned a valuable lesson for next time about not panicking and flailing. Don't blame the control pad. 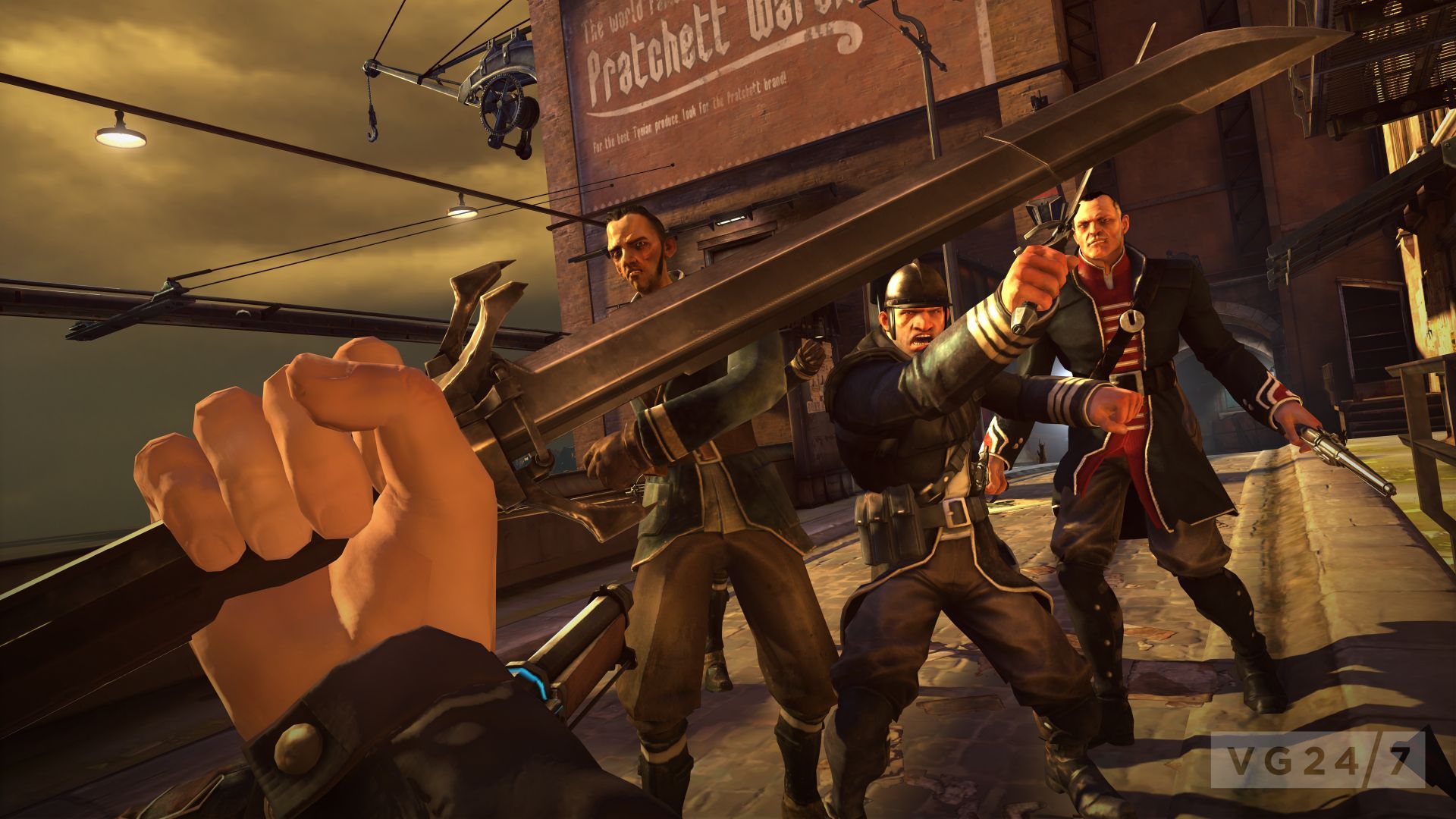 Assign your hot keys
This is important, friends: time does not stop when you open your menus - it only slows. If you are in a combat scenario and you open your power wheel to begin leisurely scrolling about someone is going to have your face on the ground and be extracting your teeth to decorate their watch with before you can say "where is my pistol".

This speaks to me because when the shit hits the fan and you don't have a back up plan prepared, there's very little you can do to avoid the manure raining around you. Consequential game design is all kinds of sexy, amirite?

But assign a couple of powers to your hot keys, learn them well, and you'll always be ready to react; shortcuts make for excellent emergency exits. For Chaos fans, cue up a combat power and when three guards corner you you'll be off on your toes in no time, smugly pleased with your rapid fire response. When stealth goes wrong you're probably still going to find yourself miles upstream a certain well-known creek, but a rapid bit of Blink spam is an excellent paddle provided you can find the button without scrabbling pathetically at the controls trying to remember where it is.

You're now equipped to walk the mean streets of Dunwall. Dishonored is out now in the US and Australia, and arrives in Europe on Friday, for PC, PlaySTation 3 and Xbox 360.