Destiny 2 players can look forward to new weekly milestones and regular events during this first month of the shooter sequel's content calendar.

There's something new coming too - Faction Rally. An image showed the familiar Future War Cult, Dead Orbit and New Monarchy logos, so we're guessing it has something to do with completing various Activities to earn faction reputation, probably resulting in engrams. Will it be endgame level? Let's hope so.

Finally, it officially confirmed the return of Xur, the tentacular weekly vendor, to Destiny 2. He'll be found somewhere in the game world every weekend starting September 15. We never doubted you, old pal.

Bungie hinted at October's content plans as well, commenting that you're be able to test your "prestige" in the raid, which sounds a lot like Destiny 2's version of Heroic difficulty - or perhaps Raid Challenges. Additionally, Iron Banner will be back during October.

Here's the solid intel we have so far. Destiny 2 resets on Tuesdays, which is why the Nightfall and Flashpoint update then. As in D1, Xur and Trials of the Nine are only available from daily reset on Fridays through to the end of the weekend. 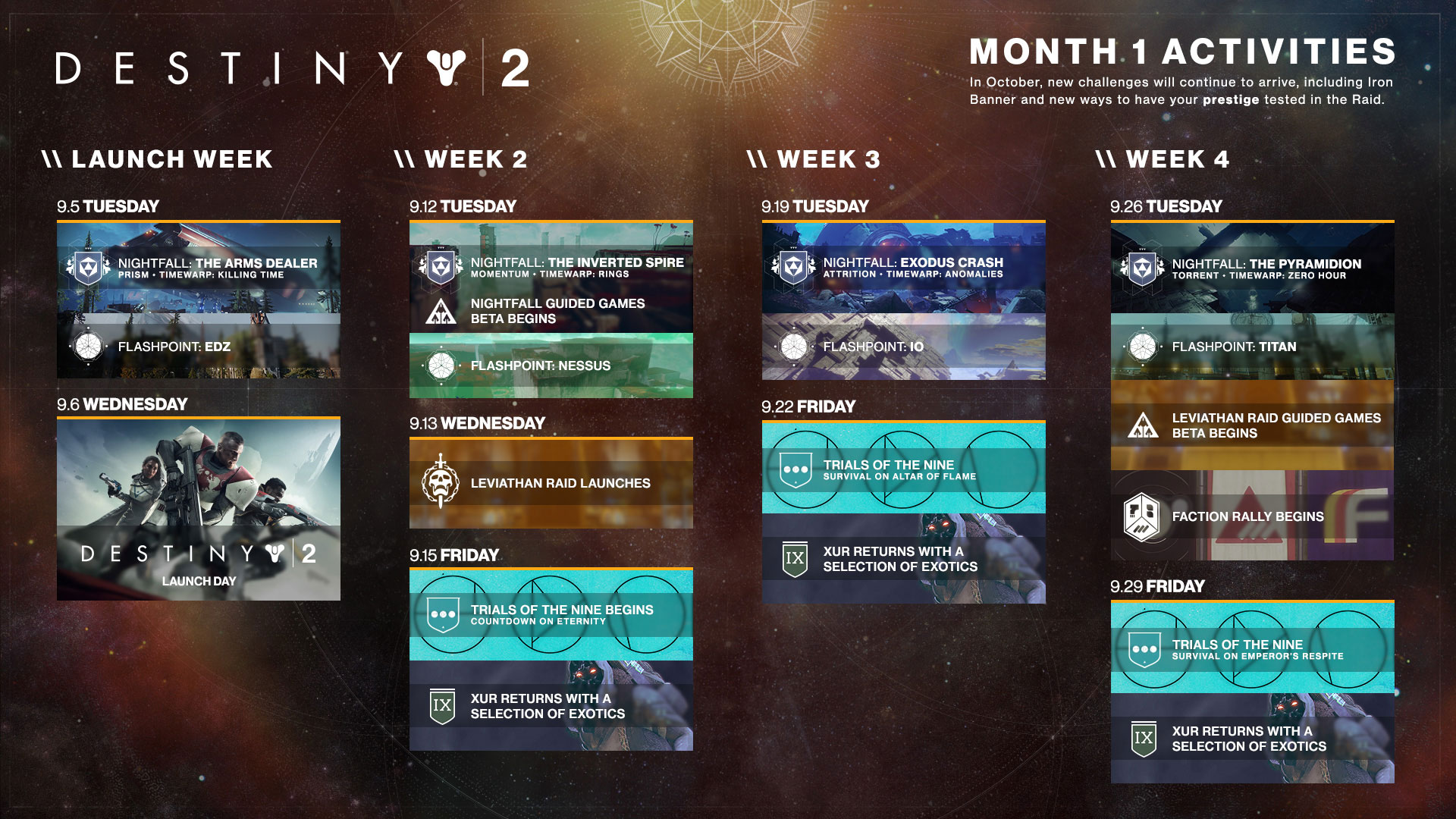 Hit up our Destiny 2 guide for anything and everything else related to the shared-worlds shooter.

Are you enjoying Destiny 2 so far? Are you going to be ready for the raid?