Destiny 2 players can rally for their favorite faction again next week as Season 2 winds down.

The final Destiny 2 Faction Rally for Season 2 will take place next week, and the event won't return until Season 3.

The last three Faction Rally events in Destiny 2 saw New Monarchy take the crown, and poor Future War Cult has yet to win even one. Show them some love this time out, okay?

New weapons will be available during the rallies with the reset on Tuesday, March 20 at 10am PDT, 1pm EDT, 5pm BST. Each faction will offer a special weapon which can be purchased with Glimmer, and you can check those out below.

Whichever faction has the most redeemed packages at the end of the event will offer the special weapon to backers for 1,000 Glimmer. Those who chose a losing faction will have to cough up 50,000 Glimmer.

Next week's event will be the last chance Destiny 2 players will have to earn ornaments for Season 2. If you are missing anything, be sure and grab it before April 3 when the season ends.

Players missing emblems will need to pledge to the respective faction before March 27. After that, Faction Rallies will go on hiatus while Bungie makes improvements.

Speaking of which, Bungie has been taking feedback on Faction Rallies to heart and has some fundamental changes planned for Season 3.

The team has various goals in mind to make factions more interesting, fun, and wants pledge choices to be meaningful to players.

According to Bungie, it wants Faction Rallies to provide a "unique gameplay experience," and not be a reward layer on top of the existing game and these rewards should not be "time-gated."

Along with the aforementioned, Bungie feels the event should provide "additional insight into faction lore and goals," and build upon player interest in Lost Sectors and armor ornament objectives.

That's just the start, and more will be shared on how Faction Rallies will evolve in the future. 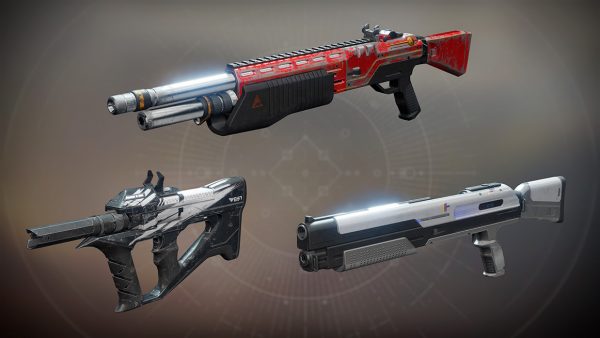 Bungie also touched upon Nightfall scoring in this week's post, stating that each week, it plans to show players the three highest-scoring fireteams from the previous Nightfall.

Nightfall scoring and high score tracking were outlined in the Destiny 2 development roadmap back in Janaury, and the feature went live last month.

Last week, the weekly Nighfall was The Pyramidion, and apparently, the highest scoring Fireteams discovered "a creative method of juicing their scores in Lost Sectors."

Well, that will change in May, as Bungie's looking at a fix for update 1.2.0, which is the start of Season 3. This is ease some player concerns on the matter, at least.

Tomorrow, Xur returns and we'll give you the usual update on what the poor fella with a face only a mother could love has to offer.