Even though none of the loot from the Destiny 2 beta carries over to the full game, here's the quickest way to get your hands on it all.

The Destiny 2 beta is in full swing on PC right now, and there are plenty of weapons and gear sets to get your hands on.

By now you've probably played through the Homecoming story mission at least once to score yourself an Exotic or three, and maybe had some nise drops from The Inverted Spire Strike.

But the Destiny 2 beta features heaps of weapons and armour, and if you'd like to collect it all, we've got the skinny. 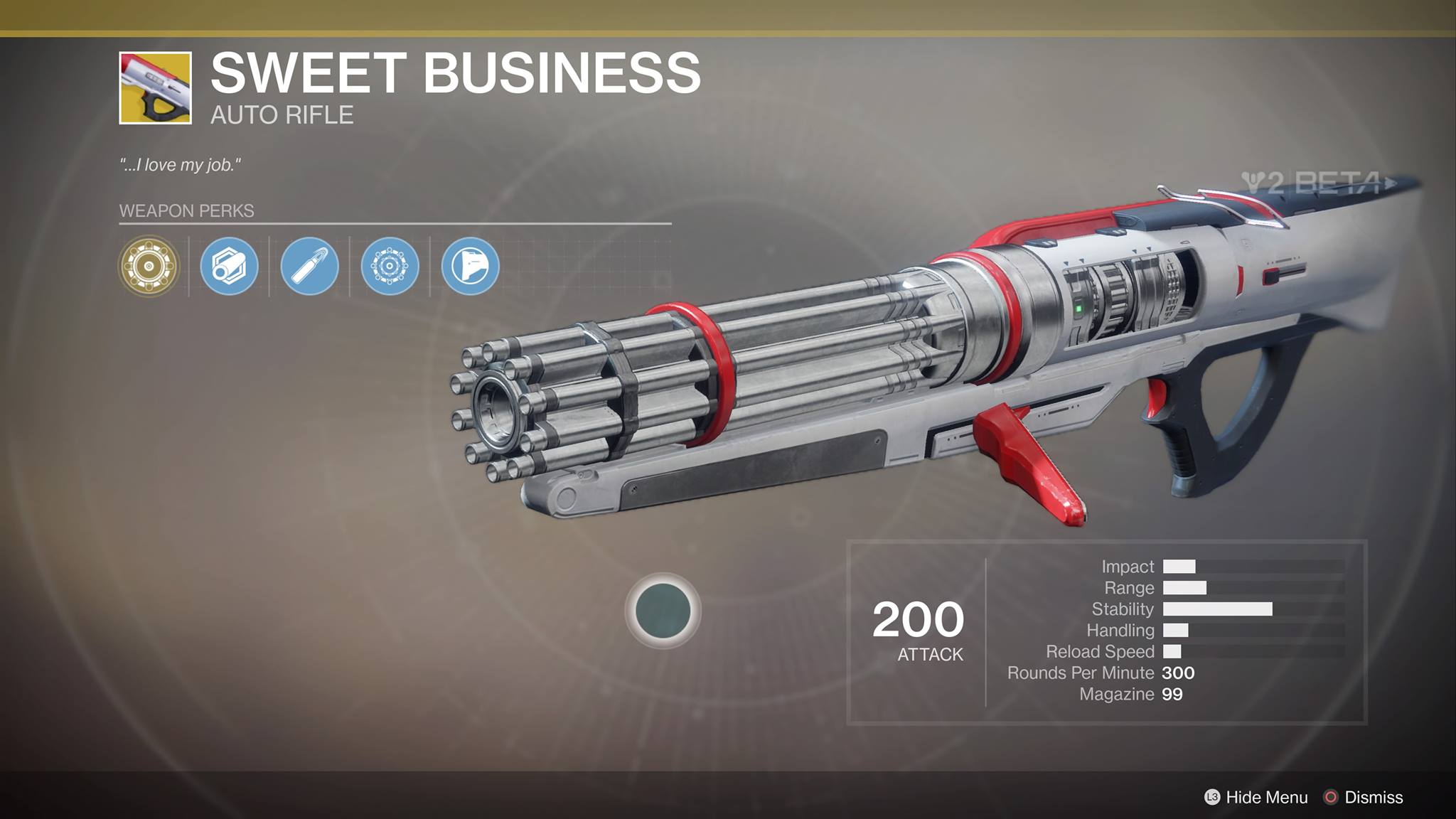 Once you start the beta, you'll get the class specific Exotic during the Homecoming story mission. You can only play the mission once, when you roll a new character. As nothing carries over from the beta, the only reason to get three characters up and running is to try out their exclusive gear, and give the new subclasses a whirl.

The mission isn't that long and you can skip the cutscenes on your second and third run, so get that out of the way first and foremost if you plan on having more than one class. 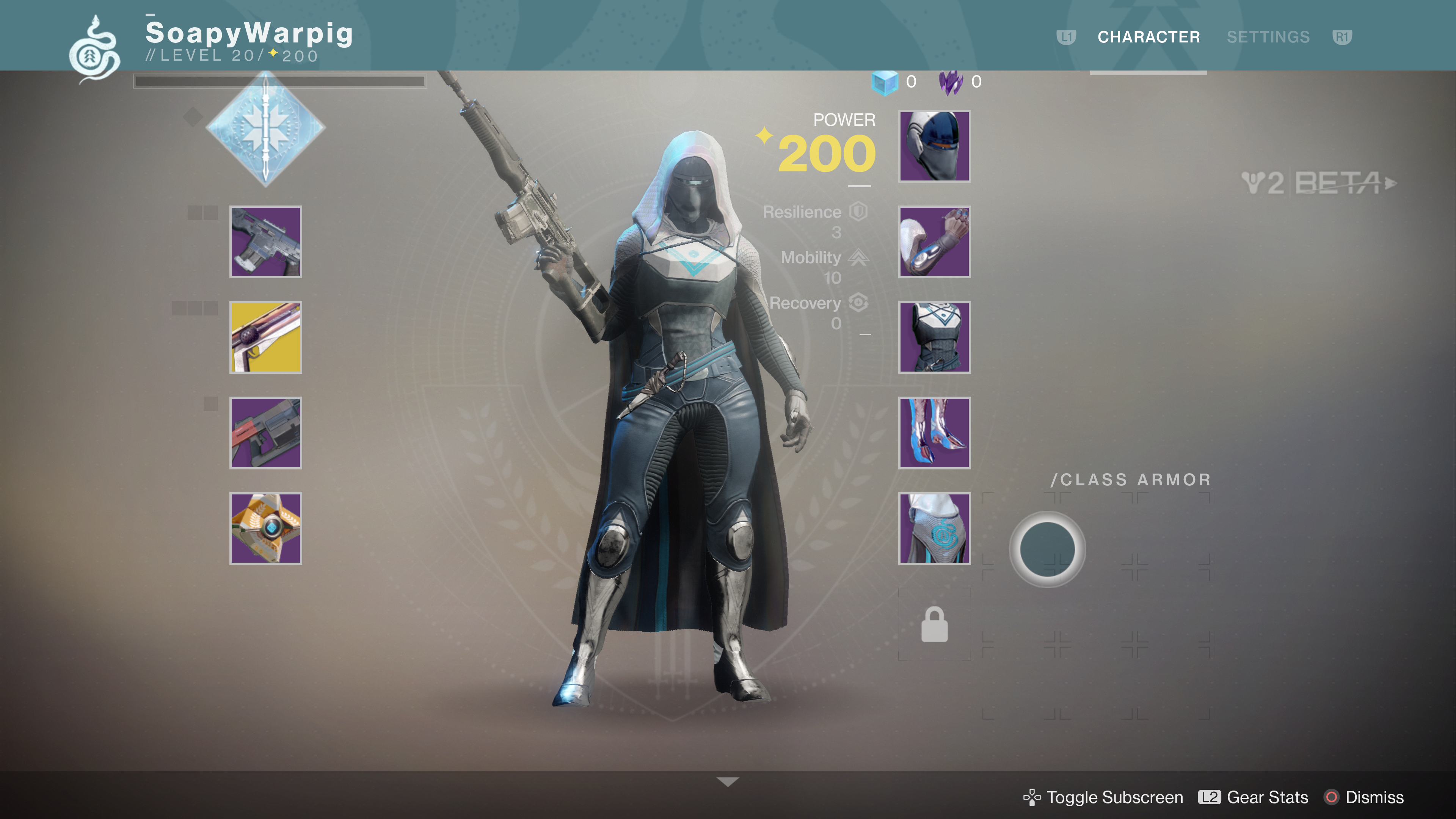 Each class can earn a second set of armour by completing the Strike and a third set by competing in the Crucible. The Crucible armour set is going to be much more feasible to complete given the time it could take you to run a Strike and the chances of getting a different piece of armour in every run.

Collecting all five pieces of Strike armour for just one class is going to be a huge time sink, so leave this until last. 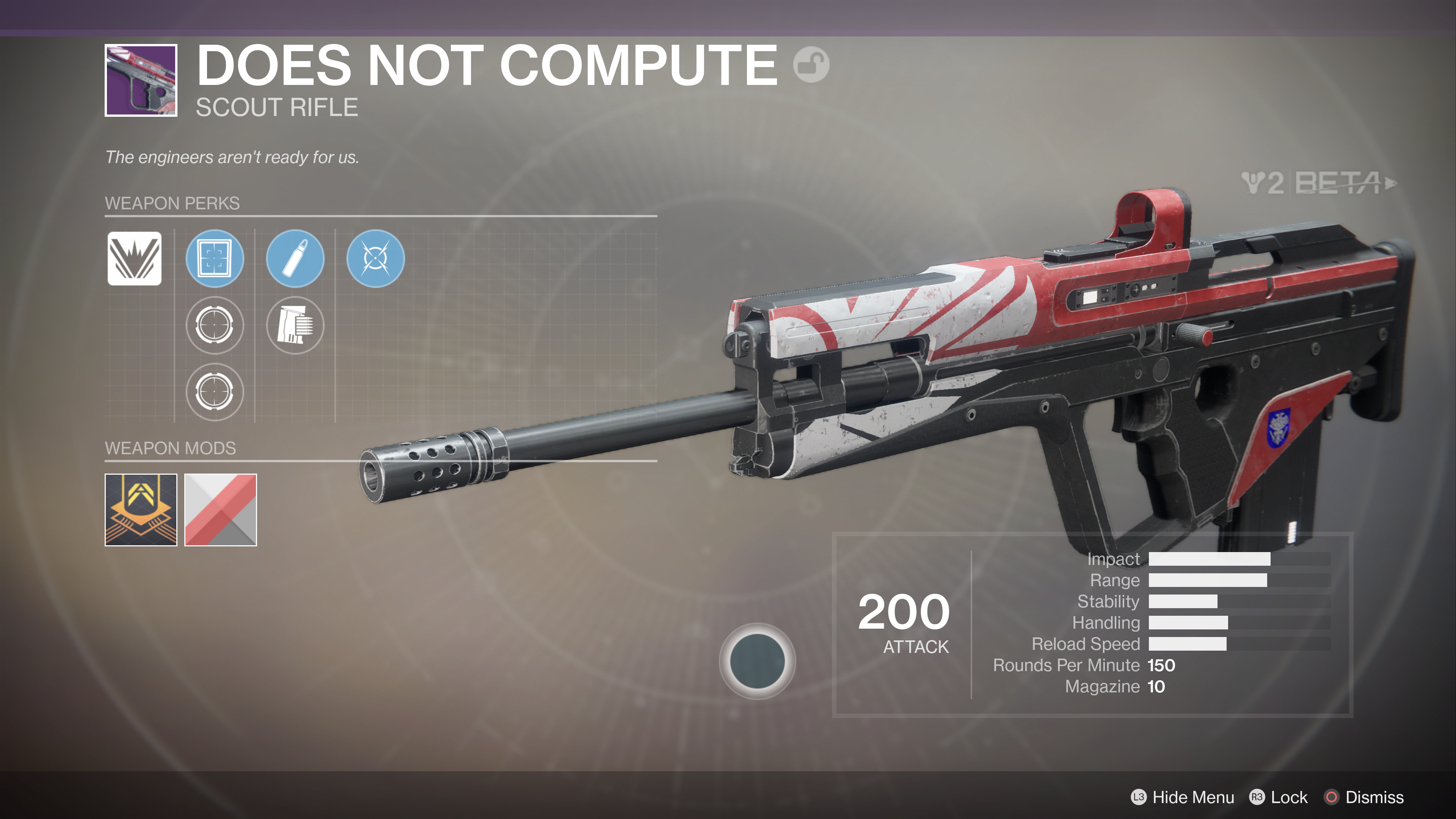 Each class starts out with eight Legendary weapons; three Kinetic, three Energy, and two Power, plus the Exotic picked up from the story mission.

There's a chance for any of the Legendary weapons to drop during the PvP modes, and as the Strike takes the longest time to complete, stick to the Crucible. You'll get rewards, win or lose.

Even though Countdown rounds last only a minute or two, you'll have to slog through a bunch of them in a match before you get your reward, so Control is the fastest way to get loot.

There are only three weapons that are exclusive to drops, rather than being in any of the class' starting inventory. They are The Needle Kinetic Sidearm, and two power weapons; the Morrigan-D Rocket Launcher, and Tarantula-3FR Linear Fusion Rifle.

So if you're running out of time before the beta draws to a close, and desperately want to try out as many weapons as you can, make a character in each class to at least try them out.