A release date for The Crew 2 has been announced by Ubisoft along with various editions of the racer and a beta.

The Crew 2 will be released on PC, PlayStation 4, and Xbox One on June 29.

In the open world title, players will unlock a large selection of cars, motorcycles, boats, and planes to use across four different types of motorsport challenges.

Customers who pre-order any edition of the game, including standard, will receive the Legendary Motors Pack as an incentive. It contains the 2016 Mercedes-AMG C 63 Touring Car, and the 2017 Harley-Davidson Iron 883. 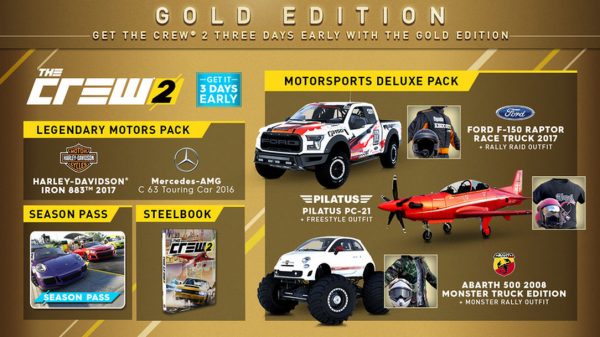 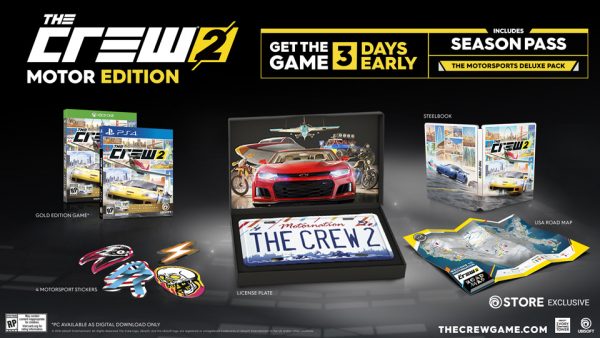 Along with a release date and various editions for The Crew 2, Ubisoft also mentioned the game will support The Crew Rewards Program. The program features a series of monthly challenges in The Crew allowing players to unlock 19 unique vehicles in The Crew 2, including exclusive water vehicles.

Finally, a beta for The Crew 2 will be held on PC, PS4 and Xbox One. More information on the tester will be provided at a later date, but you can sign up for it through the link.

The Crew 2 was originally slated for a March 16 release.