Blue Mammoth Games, developer of the free-to-play fighter Brawlhalla, has been acquired by Ubisoft.

Terms of the Blue Mammoth Games acquisition are not being disclosed Ubisoft.

Brawlhalla is one of the more popular fighting games on Steam, and is currently sitting around 60th place on the service's current player list.

The popular Steam Early Access game saw a full release in October of last year, and it is also available for PlayStation where it is among the top free-to-play games on PS4.

Brawlhalla is also, in our opinion, one of the best free-to-play games available for consoles. 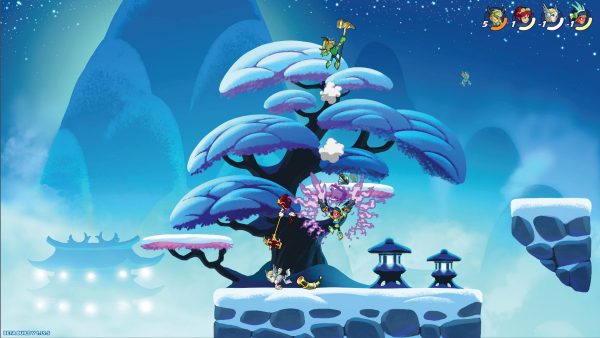 Blue Mammoth Games also sanctioned the Brawlhalla Circuit, allowing player from around the world to participate in competitive tournaments. Winners are awarded Circuit Points and those with the highest points from each region at the end of the season are able to compete for a $100,000 prize pool.

A third competitive season for Brawlhalla recently kicked off thanks to a partnership with Dreamhack which will culminate with the Brawlhalla World Championship.

It was announced earlier this week Ubisoft had also acquired Is It Love? developer 1492 Studio.

Is it Love? is a series of free-to-play, episodic, narrative mobile games, according to GI.biz. The series is based on themed stories featuring various potential partners: the player's boss, co-worker, a vampire, and a rock star. Date 'em all I say.