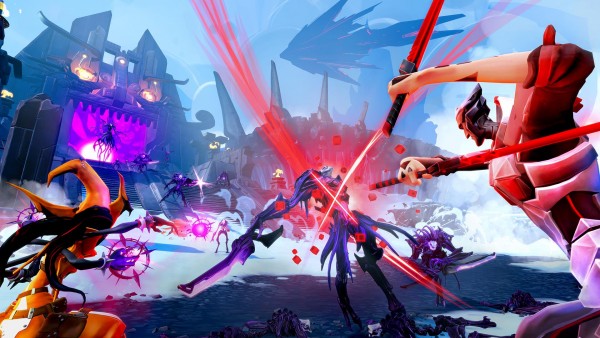 Update: Well, that didn't last long. The store ran out of stock for now.

Original story: Battleborn, the Gearbox-developed MOBA/shooter hybrid, has been getting discounted almost every other month now on the various platforms. We've seen it go pretty low, but never this low, and certainly not in the UK.

How cheap are we talking? Well, how about just £3.85? UK retailer ShopTo has dropped the price on this way below what you expect from AAA games, especially considering the game came out this year.

This offer is only valid on the PS4 version, as the Xbox One has more regular price. This is the physical version, too, but it does come with the Firstborn DLC pack.

Keep in mind that you won't be able to play it alone, as the game requires other players even in the campaign. It's been dead online in a while, but maybe Black Friday will bring new players in.

If you're looking for more deals like this, we have more than a few pages. Like this one for PS4 deals, and this for Xbox One deals.