Your job is great, but some days you'd just rather be somewhere else - somewhere you can play Skyrim, for example. Until teleportation is affordable, try this RPG you can play entirely in Excel.

Arena.Xlsm is, regrettably, only compatible with the Windows version of Excel, and may not function in some older releases of the spreadsheet software.

If you need help finding the unique items or tackling a particular boss, check the wiki.

Already mastered the core build? Preview the next version.

Before my nervous breakdown, before my year of bed-ridden illness, and before I learned a few valuable lessons about what really matters in life, I worked for the Australian Government. I know what you're thinking, but believe it or not, I used to be a well-dressed, clean-living, responsible sort on a fast-tracked career in middle-management; just the sort of clean-cut young woman you want quietly administering vital federal systems. I almost never made jokes about setting things on fire, for example.

During this intensely boring and uniquely stressful period, games were the shining light in an otherwise grimly, uniformly grey existence. Unfortunately, the Australian Government has a dim view on bringing handheld consoles to work; this was well before smartphone games had any appeal; and those bastards in IT wouldn't give me admin privileges on my terminal even when I asked really nicely and offered to lend them my copy of Morrowind.

Desperate for some sort of entertainment - anything to take my mind of the ceaseless number crunching, forms, and HR meetings - I began searching for ways to get around the draconian IT policies of my heretofore trusting employer. It was then that I stumbled across the seedy underbelly of Excel games.

Oh yes, that's right - Microsoft Excel, the thing you had to make graphs in in grade nine and only ever touch when your accountant makes you. It turns out you can do all sorts of amazing things in Excel thanks to its macro support, and some of those things are not incredibly boring. One day I busted one of my team members playing what looked for all the world like Bubble Bobble. After making all sorts of grim manager faces I got the skinny. There was a group of ladies who smoked in a tiny, hidden courtyard only accessible if you squeezed between the carport and the fence, through a loose plank and back again through another loose plank. I met them there and we cut a deal; I handed out a bunch of coveted early-morning shifts and in return scored myself fully working clones of half a dozen popular puzzle games.

It turns out you can do all sorts of amazing things in Excel thanks to its macro support, and some of those things are not incredibly boring.

I'll never know who made those incredible pieces of spreadsheet mastery but they're probably responsible for preventing me from actually going postal, if not from having a revelation and fleeing for a life of degeneracy and non-stop vidya. I can't highlight these brave heroes. But I can bring your attention to another one: Cary Walkin.

Before Arena.Xlsm, Walkin was just like any other chartered accountant and Schulich School of Business MBA candidate, although I like to imagine he was slightly more handsome than his peers, with the daredevil light of the undiscovered genius in his eyes. Apparently not burning up enough brain juice already, Walkin found himself with a bit of free time, and over the course of a five month period, put together a fuly-functional and rather astonishingly enjoyable RPG.

Arena.Xlsm feels a little bit like an old-school roguelike, with its turn-based play, ASCII-style graphics and randomisation, but it's actually a very finely-tuned linear experience, with almost no grind.

As you battle your way through the ranks of the Arena, the game throws a random collection of over 2,000 different enemies at you, first in pre-programmed stages and later in procedurally generated ones. Your inventory is subject to 39 item modifiers, resulting in over 1,000 possible builds. There are eight bosses to face down, 31 different spels, 20 unique rare items, 37 achievements and four different endings dependent on your actions.

Read that again: this game, which runs in Excel, has four different endings based on player choices, a thing 90% of triple-A games can't manage. And you can email it to yourself at work. 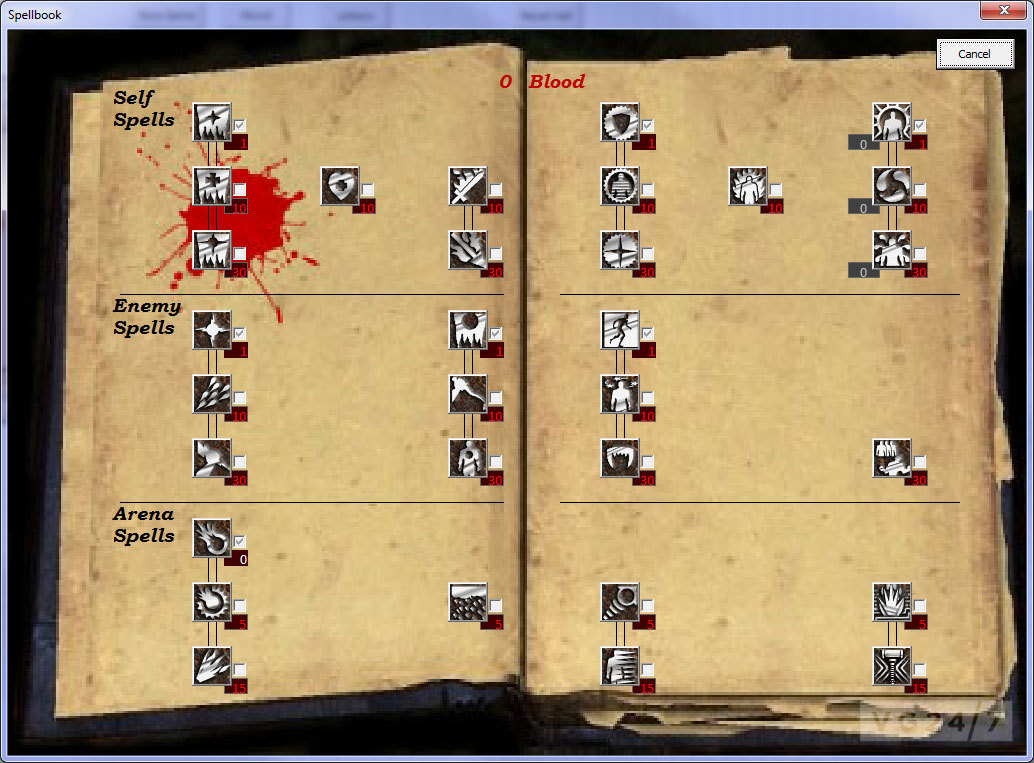 Well, look at that. I'm going to min-max the shit out of this.

If this had existed during my stint as an upwardly mobile young professional I might not have been fired quite so rapidly. It's been out for a couple of weeks now, and I don't understand why Walkin, who taught himself the basics of game design by watching Extra Credits and playing games like Spec Ops: The Line and The Walking Dead, hasn't already got a job in the games industry - even if only in the financial department.

"I do know that there are some people in the game development community who are aware of the game, so things are slowly moving in the right direction. Hopefully developers and publishers see it and contact me," the talented accountant said.

For now, game design remains something of a hobby, but one that Walkin takes quite seriously, updating the game between his assignments and exams. He's putting the finishing touches on a new major build, and looking forward to extending his reach beyond software primarily designed for tracking expenses and automating budgets.

"I definitely want to learn to use other, more common, tools," he commented, but probably not in a formal educational setting.

"I've completed an undergraduate business degree, a chartered accountant designation, and a MBA graduate degree, and I'm only 25. So I am very eager to get back to work full-time. Studying game design or programming will likely be self-taught on my own time. Ideally, if I can work my way into the game industry, I can learn from talented professionals. Learning by doing tends to be the most effective way of internalizing information. "

Walkin is also learning from his player base.

"I have had a huge amount of support from the community and I am so grateful for all of the feedback and reviews. Listening to the community has shaped future versions of the game as I hope to deliver the experience that players want. You can't always please everyone on the internet, but in general your fans know what they want and ultimately the game is for them."

I am fairly certain what many of us really want from a game made in Excel is to know the keyboard shortcut to switch to the monthly budget workbook whenever the boss walks behind the desk.