It appears a prequel to Dontnod's Life is Strange is in the works, if a set of screenshots which popped up online today are legitimate. 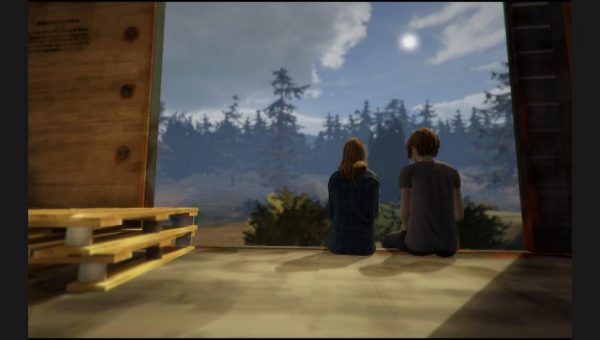 French website GameKult found the image you see above for the Life is Strange title on the Deck Nine Games website. It has since been removed.

The site was then tipped off by one of its community members that an Imgur album contained the same image along with many others.

After the leak was posted on NeoGAF, one its users, J!NX, made the comment that Deck Nine has been developing the game for quite some time, and it's a prequel which explores the relationship between Chloe and Rachael.

If Deck Nine Games doesn't sound familiar to you, it's because the studio used to be called Idol Minds. The PlayStation developer responsible for the 2007 action title Pain announced last week it has re-branded itself and was focusing on creating narrative-driven titles.

Unfortunately, it doesn't seem the studio's website is currently working, but Deck Nine stated in its announcement it was working on a title with a large publisher and it would be announced at E3 2017 (thanks, Gamasutra). Square Enix is the publisher for Life is Strange.

Dontnod Entertainment announced two weeks ago it was working on Life is Strange 2, but it is not expected to be shown at E3 later this month.

While all of this should be filed away as rumor, due the lack of confirmation or an official announcement, the screenshots are convincing.

We'll update this post if more information comes to light.