Consoles, eat your heart out: Nvidia has revealed its latest PC gaming technology.

The graphics experts at Nvidia have today revealed their latest graphics card for PC gamers: the GeForce RTX 3070, 3080, and 3090.

The cards run a spectrum in terms of power, as you’d imagine, with the RTX 3070 the least powerful and the RTX 3090 the major, ridiculous powerhouse. Even the RTX 3070 offers better performance than the top-tier 2080ti last-generation card that up until now still our top-tier GPU of choice for the best in PC Gaming. 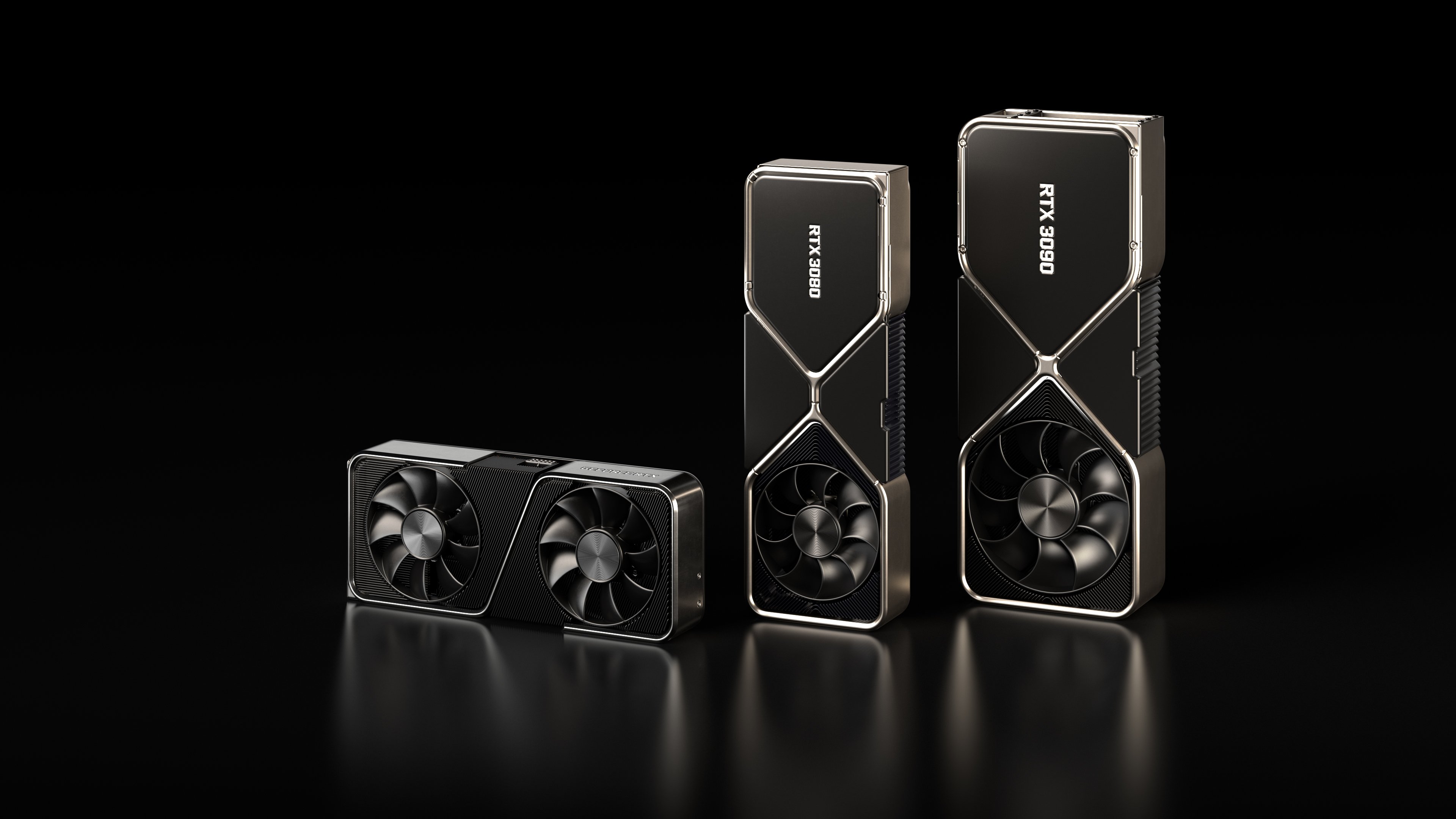 The new 30 series GPUs will be releasing in September and October and will cost as follows:

As well as a general performance boost in games, the dedicated ray-tracing core in each of the new GPUs has been improved significantly, meaning less of an impact on frame rate and general performance for turning on the game-changing new lighting feature that is set to be a staple of next-gen consoles.

The cards take over as Nvidia’s flagship GPU line-up from the RTX 20 series, which topped out with the RTX 2080ti – which as previously mentioned, is outclassed by even the 3070, the lowest-end and cheapest of the newly-revealed cards. The performance of the 3070 is particularly shocking: it offers better performance than the 2080ti, a card that’ll likely benchmark similarly to the most powerful of the next-generation consoles, the upcoming Xbox Series X. More impressive still is the price compared to the 2080ti – at $499/£469, it’s under half the price of its last generation rival.

The 3080 is the card Nvidia is positioning as the high-end, top tier PC gaming GPU. It offers twice the performance of the vanilla GeForce RTX 2080, 10gb of G6X RAM, and a price of $699. It’ll run even the most heavy of the next-generation games with ray tracing, likely at 4K and 60 frames per second – though we’ll hopefully benchmark and confirm that soon. The price comes in at $699/£649 – a surprisingly competitive price for such a high-end card. The release date is September 17.

At the top end is the 3090 – but try not to think of this as a specific gaming card. It’s really designed for those doing things like video editing or high-end rendering work – a bit of a halfway house between the old 2080ti and professional-grade Titan cards. With that said, if you want to use it for gaming, Nvidia says this card can provide 8K gaming, complete with ray tracing and other advanced effects – and at a stable frame rate.

That doesn’t come at a cost, of course – the 3090 GPU is a huge three-slot beast that requires a 750W power supply at an absolute minimum. It won’t stand a chance of fitting in any small PC cases, and also has a price to match – it costs $1499/£1399, and releases on September 24. 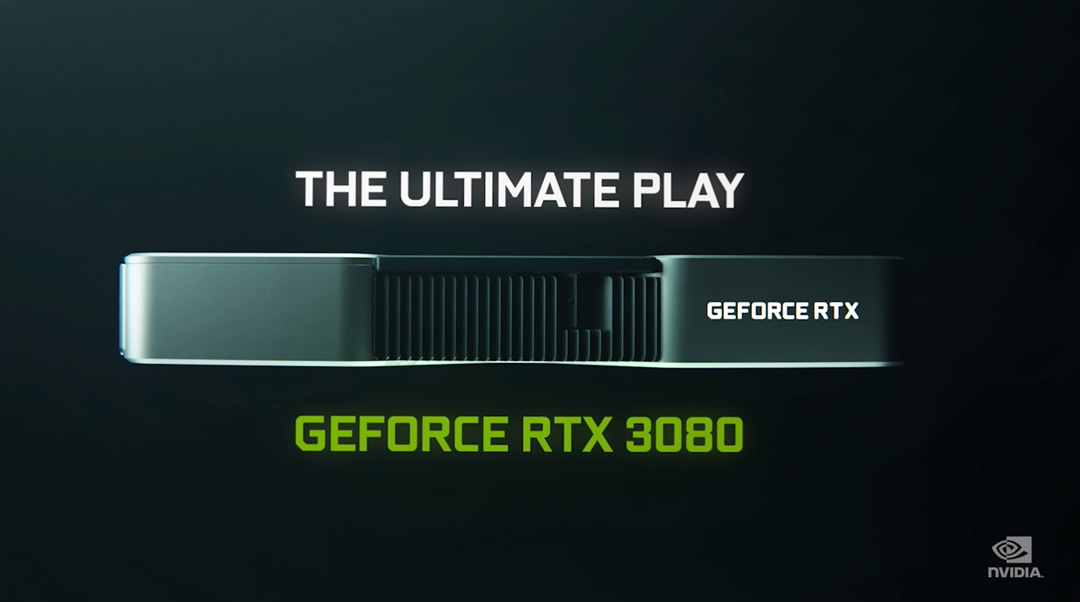 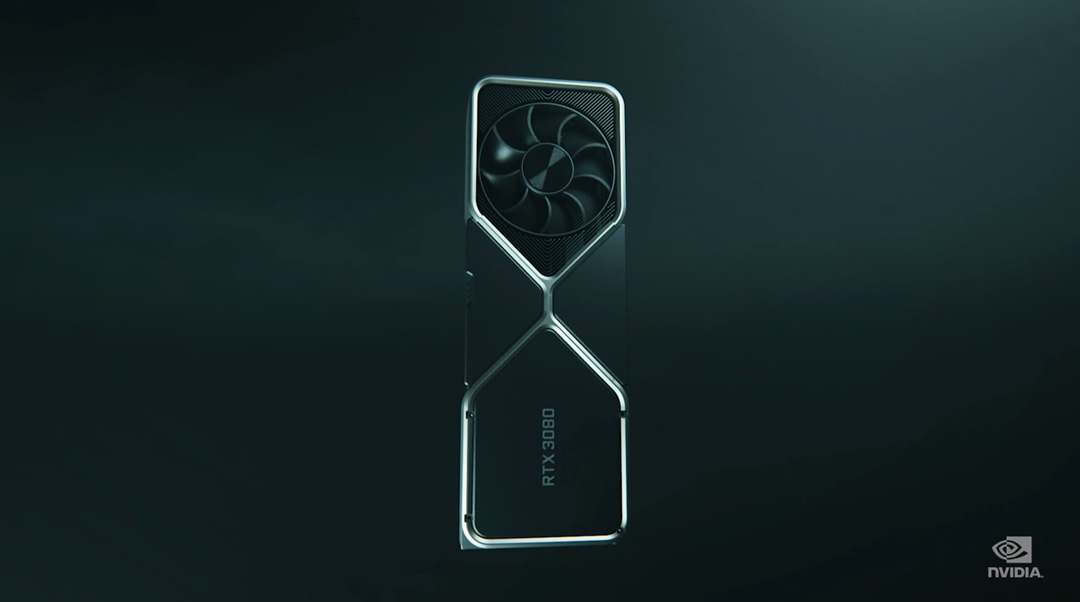 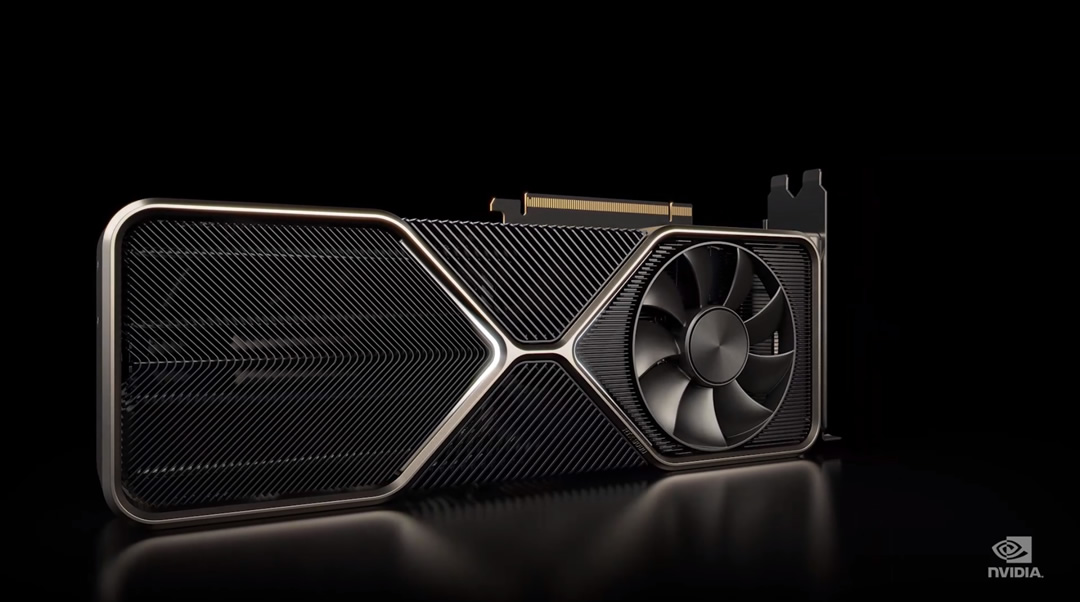 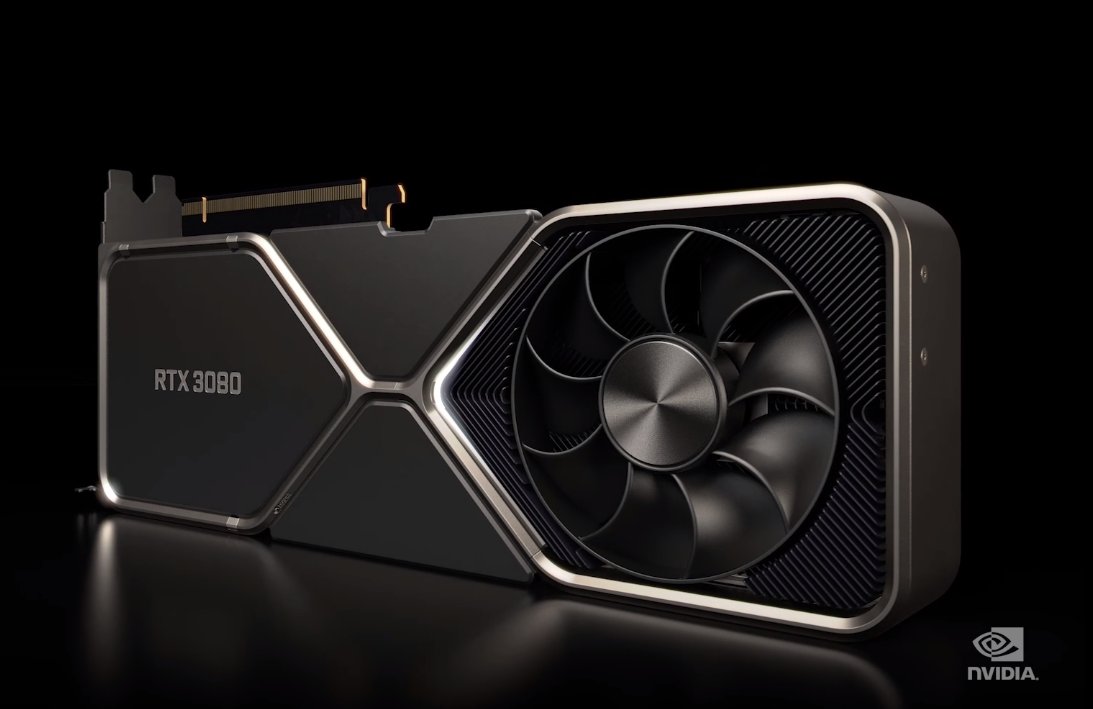 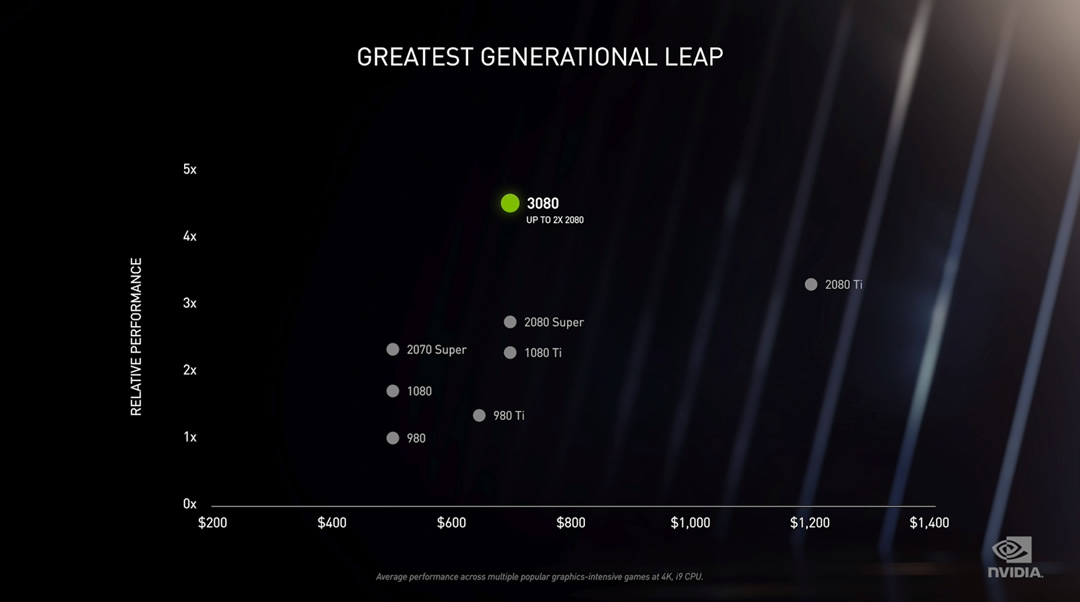 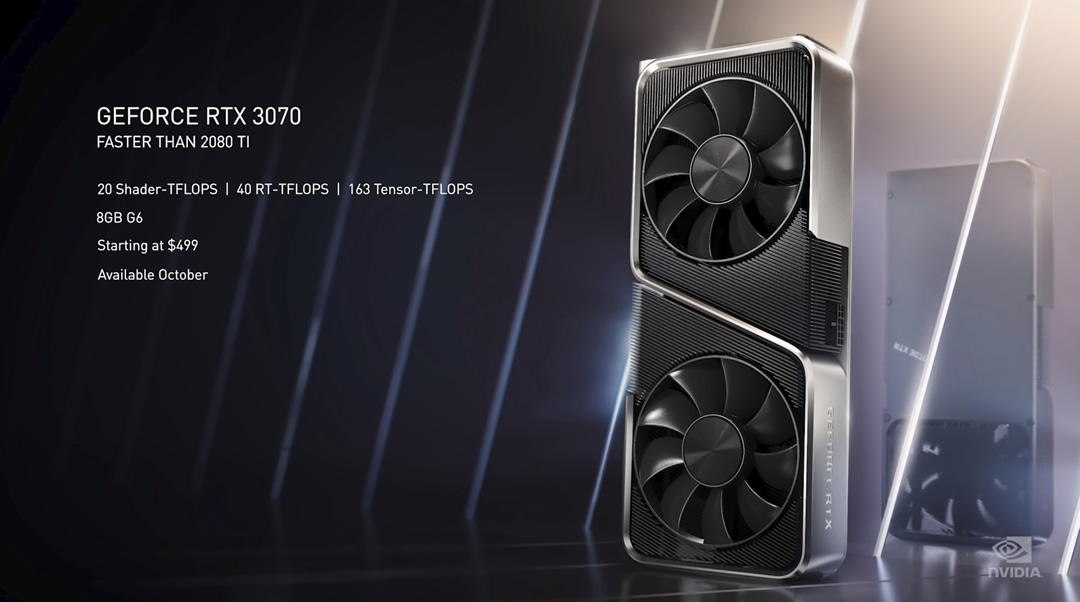 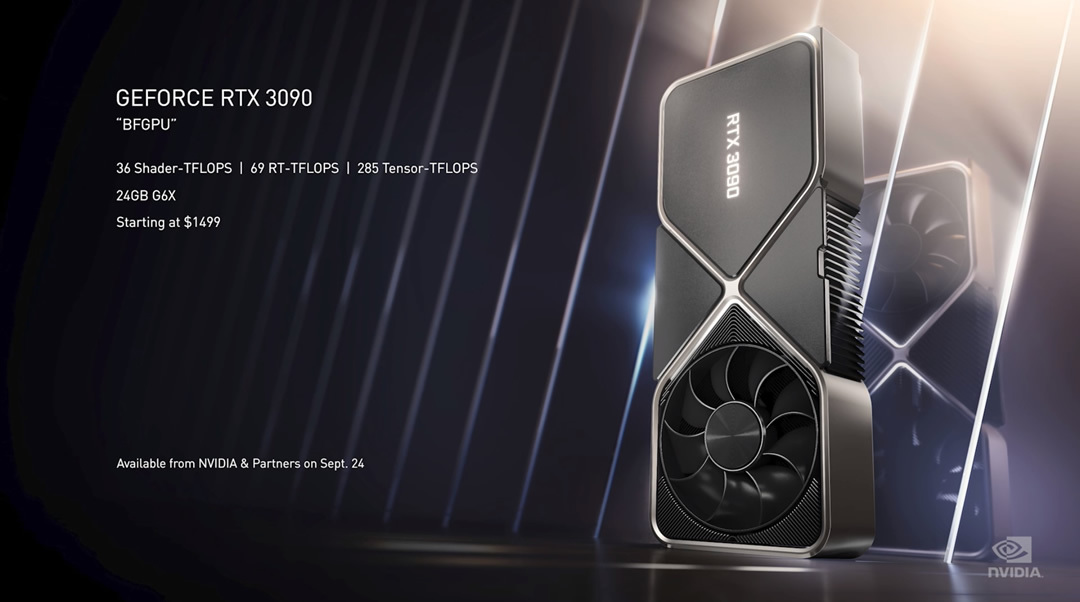