We return with an update on the world of indie games and another episode of hidden indie gems, our weekly feature highlighting the best trailers and most interesting reveals of the week.

Some of those games you can even play this weekend, and we’ll tell you about those, too.

Hot indie games week of May 11

Neversong (previously Once Upon a Coma) is a side-scrolling action adventure with a heartfelt story about a little boy who wakes up (or does he?) from a coma to find himself in a nightmare world.

He’s joined by a pet bird and some of his childhood friends in exploring six hand-crafted worlds, full of disturbing (and sometimes wonderful) locations and characters. Little Peet is spry and will bounce around smashing things with his baseball bat, which makes up the game’s combat.

Neversong looks fantastic, with visuals reminiscent of Hollow Knight and Ska Studios’ work, but with enough flourishes to stand on its own. It’s fully voiced as well, which is rare for games of that size, but it adds another layer to the nightmarish situations you’ll find yourself in.

Neversong comes to Steam next week, on May 20. You can wishlist it now.

We don’t see a lot of music-based games these days. Sure, there are plenty of outright rhythm games, but rarely do you get music-infused action games. Last year’s Sayonara: Wild Hearts was a particular highlight, and No Straight Roads looks to be carrying the torch this year.

No Straight Roads is an action-adventure set in a world where people have seemingly forgot all about rock, thanks to an EDM-loving evil corporation that rules the world, making EDM the only music genre. Our hero, a revolutionary rocker, is on a quest to show people what they’ve been missing.

The action in No Straight Roads is made up of a lot of different genres. Though it’s mostly third-person, it switches to Guitar Hero-style segments, platforming, bullet hell-type sequences and more. Of course, gameplay is accompanied by a kickass soundtrack and slightly over-the-top voice acting. The game is directed by Final Fantasy 15’s lead game designer Wan Hazmer, with art by Street Fighter 5’s Daim Dziauddin; quite the pedigree.

This week, the developer debuted a new look at gameplay and confirmed that No Straight Roads is coming to Xbox One and Nintendo Switch, alongside the previously announced PC and PS4. In fact, the Switch version includes exclusive features like an assist mode where a friend can help the main player by picking up items and calling in buffs. The Switch version also supports single-Joy-Con gameplay, and touch controls.

No Straight Roads will be out on PC, PS4, Xbox One and Switch on June 30. Check it out on the Epic Game Store. 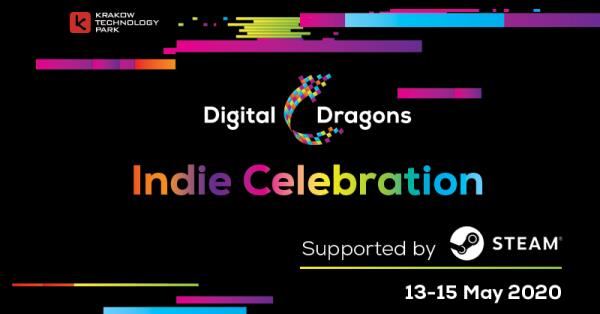 It seems like every other week there’s a new indie-focused digital event on Steam, not that we’re complaining! The Steam Indie Celebration kicked off on Wednesday and wraps up later today.

Outside of the developer panels and gameplay walkthroughs, the Steam Indie Celebration also features 25 free game demos. Some of them include games we covered on this feature like Roki, and Eldest Souls as well as games we’re looking forward to such as Uragun, Unto the End and many more.

If you’re more interested in games already released on Steam, you’ll also find demos for a number of recent indie titles like Elderborn, and For the Warp. That style of event continues to be a fantastic way to check out games hassle-free, and I am glad to see it continue.

Just head over to the Steam Indie Celebration page to check them all out for yourself.

Black Book is a new card-based tactical RPG from Morteshka, the team behind 2017’s The Mooseman. Morteshka’s flair for distinct, hand-drawn visuals hasn’t waned, because Black Book is another outstanding-looking game.

Black Book is steeped in Slavic mythology, with its characters and stories based on Slavic folklore. It’s a hardcore, darker take on something like Slay the Spire, with deeper RPG systems and the ability to bring along companions.

As you play, your deck of cards will expand with new cards that you can combine in combat. Out of combat, Black Book’s narrative follows Vasilisa, a young woman seeking out the titular Black Book, said to grant the wishes of anyone who holds it.

Black Book recently kicked off a Kickstarter campaign that already raised more than its reasonable goal of $35,000. The developer released a prologue, available for free on Steam, that showcases the game’s main mechanics.

Miner’s Mettle is a real-time strategy about mining for minerals on a hostile alien planet – this sounds a bit unoriginal, but it’s how it works that’s interesting.

The focus isn’t on micro-managing harvesters or setting up efficient supply routes, it’s about essentially smashing and grabbing. In Miner’s Mettle, you take control of an armada of armed trains. All trains – apart from transporting the goods – are stacked with artillery cannons, and you can already imagine where this goes. Railway artillery is not a sci-fi concept; having actually existed in WW1.

Unlike those monstrosities, though, the trains you’ll have access to in Miner’s Mettle are decked out with the latest in sci-fi destruction. They also run on a closed loop so you can keep alternating between them.

This is how the game works; you take command of a supply train and try to secure a mining area, while fending off attacks before they happen thanks to your long-range capabilities. It’s a game about predicting enemy movement and thinking several steps ahead.

Miner’s Mettle can be played solo or with friends in co-op. You can also take the fight to other players online. The game entered Steam Early Access this week, where it’s available for $18.