Despite its astronomical success, Bethesda Game Studios’ illustrious RPG Oblivion has never received the remaster treatment – at least not officially.

Oblivion is one of several ugly ducklings the iconic studio has shunned in favour of trophy child Skyrim. Unlike Oblivion, Morrowind, Daggerfall, and Arena before it, the Nord simulator has been remastered, reworked into VR, and re-released for almost every iteration of every console. Basically, it’s been re-everythinged.

Luckily, there is an Oblivion remaster in the works – it’s just not being done in-house.

Back in 2016, Bethesda showman Pete Hines told Gamespot that because of Oblivion’s age, the amount of work necessary for a remaster drastically outweighs what a Skyrim overhaul would require. “It was either like, go make an entire new game or do Skyrim.”

Funnily enough, that’s not radically different from what the Skyblivion team are up to. An offshoot of the TESRenewal modding group – who also have a team of volunteers working on Morrowind remake Skywind – Skyblivion is a fan-based Oblivion remaster being spearheaded by a creative director named Rebelzize.

Rebelzize tells me that they first played Oblivion in 2006. However, their PC at the time could only handle older, low-spec games – as a result, they mostly experienced Oblivion in their friends’ houses until their love for the game urged them to save up for their first gaming PC two years later. That’s when their Oblivion love affair really started. 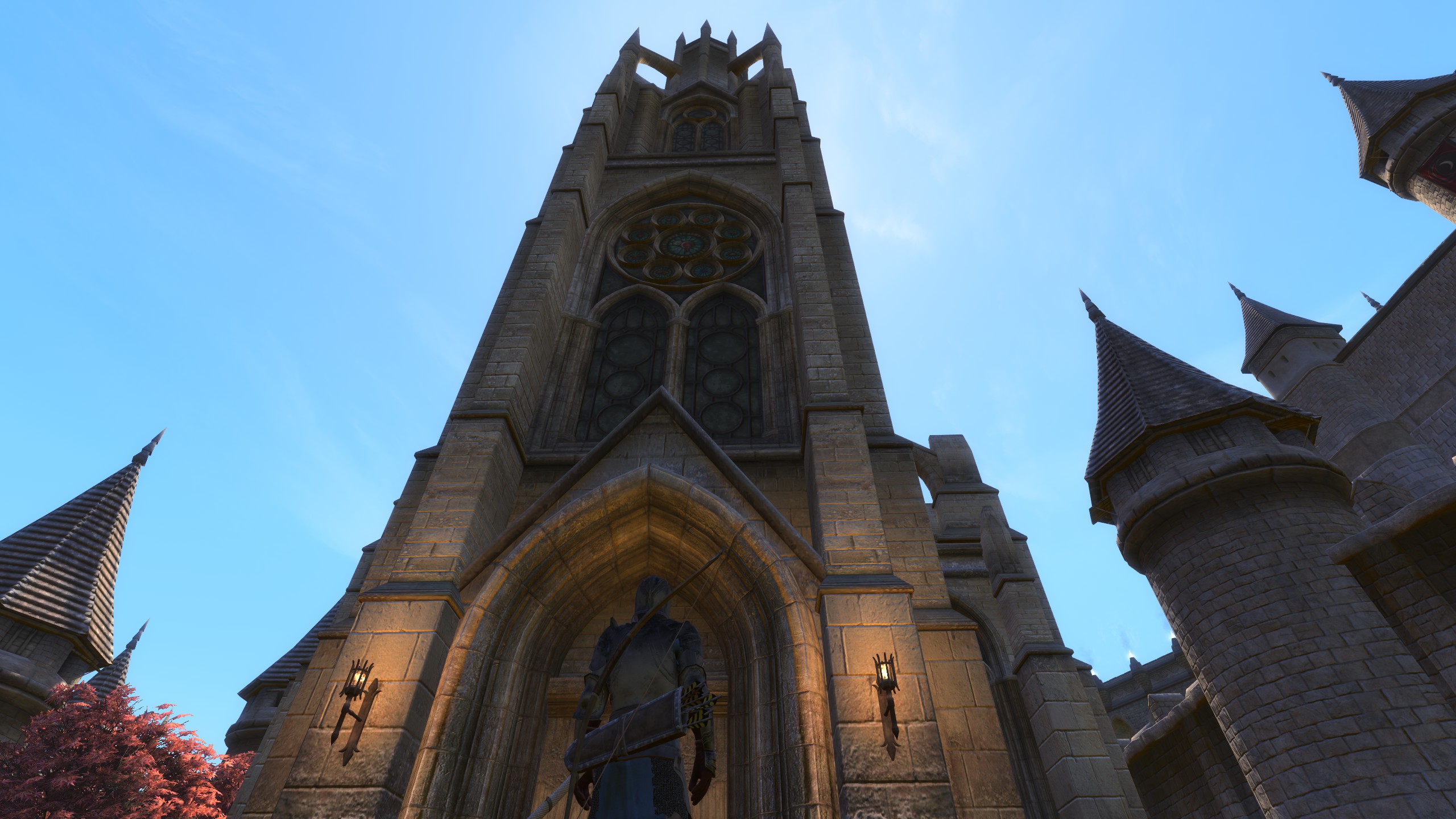 Several of the other Skyblivion developers share similar histories with Bethesda’s version of a Sean Bean death (for the uninitiated, he becomes a dragon and is turned to stone in this one).

Texture lead CC remembers “drooling” over screenshots back when they had a PS2 and couldn’t play the Xbox 360-exclusive; landscaping lead ClefJ says that Oblivion feels like “coming home”; 3D lead Kettlewitch hadn’t actually played Oblivion before joining the project, but explains that the TES modding scene helped cement the notion that “TES was something more than a collection of games”; and lead environmental artist Liam says that they were captivated by the colourful, vibrant world of Oblivion. “As an artist, I’m drawn to beautiful worlds like that,” they explain.

The volunteer-led team behind Skyblivion is driven by the kind of passion that emanates from vanilla Oblivion. Although Skyrim is the most globally-renowned TES title, fans of the series often scorn it in favour of previous games – usually Oblivion itself and its predecessor, Morrowind. In their eyes, these worlds are far more fleshed out and revisitable than their successor. And with this modern remake well on its way, newcomers and returning players alike will get to test that hypothesis.

However, coordinating a team of volunteers comes with its own set of trials and tribulations. “It’s not always a fun job and is often very time consuming,” Rebelzize says. According to them, not many people out there are willing or able to pull something like this off, which is why an effort like this never truly materialised before. “And, unfortunately, I’ve gotten pretty good at it,” they joke.

Rebelzize also explains that managing a team in a virtual environment without any sort of budget can be a nightmare. “You can’t really get small groups of people to work on large-scale tasks because of the lack of free time and funding,” they tell me. “On top of that, my estimate is that about 24% of our volunteers end up not handing in any work before dropping out, costing about 30 hours per person.”

The other leads shoulder similar burdens. “I look over new applicants, give out tests, give feedback to the artists, and manage the website,” texture lead CC tells me. They explain that because the original textures are much lower-resolution than contemporary standards, it takes a lot of work and dedication to drill them up to par. Meanwhile, ClefJ mentions that landscaping is like working with lego, or painting, but doing so on a scale as gargantuan as this proves both difficult and time-consuming.

Kettlewitch, who has become obsessed with “making the Skyrim engine do things it’s not supposed to,” works as “a bridge between artists and implementation,” but also offers some much-needed wisdom about balancing work and life: “We all drift in and out of the project at times because of life,” they explain, “but one of the big strengths of Skyblivion is we all support each other through those times.”

Liam, who has 12 years of experience in digital art and level design, explains that they have jumped between a range of areas “where help has been needed.” However, once the environmental and architectural departments began to necessitate a substantial amount of focus, they committed themselves to spearheading those areas specifically to offer “as much direction [as possible] for rebuilding cities and interiors for the game.”

There’s one specific area in Oblivion that several developers have enjoyed working on. “My favourite aspect of what I’ve worked on so far would probably be the early Ayleid Ruins,” Liam explains. “It was a great learning process for me and I figured out a lot of workflows and techniques that are now being applied to architecture work within the project. Also the Ayleid Ruins are my favourite architectural style in all of Elder Scrolls.”

Meanwhile, before becoming texture lead, CC worked on the Ayleid Ruins with the help of then-lead Gorgulla. “My favourite thing I’ve done is work on the retextures for Ayleid,” they echo. “I’ve always loved those places – and of course I’ve added some subtle, personal tweaks.” CC isn’t the only person who has added hidden details into their work. “I added a hidden grove where there was once uninteresting flat land,” ClefJ explains. “Placed a unique northern Dwemer ruin in the Colovian Highlands, created a desert near Hammerfell, added a picturesque painting plateau on the Golden Coast. When you play the game, you’ll see so many things!”

These secrets aren’t just for players, though. “I can neither confirm nor deny I may leave pithy quotes in Daedric hidden on 3D assets,” Kettlewitch says. This level of passion is anything if not inspiring, and testifies to the fact that the people working on Skyblivion are incredibly devoted and want to achieve something special. For CC it mostly boils down to triggering a sense of nostalgia in players, but they also want to make something so visually impressive it could pass for a triple-A game that the original creators would be proud of. 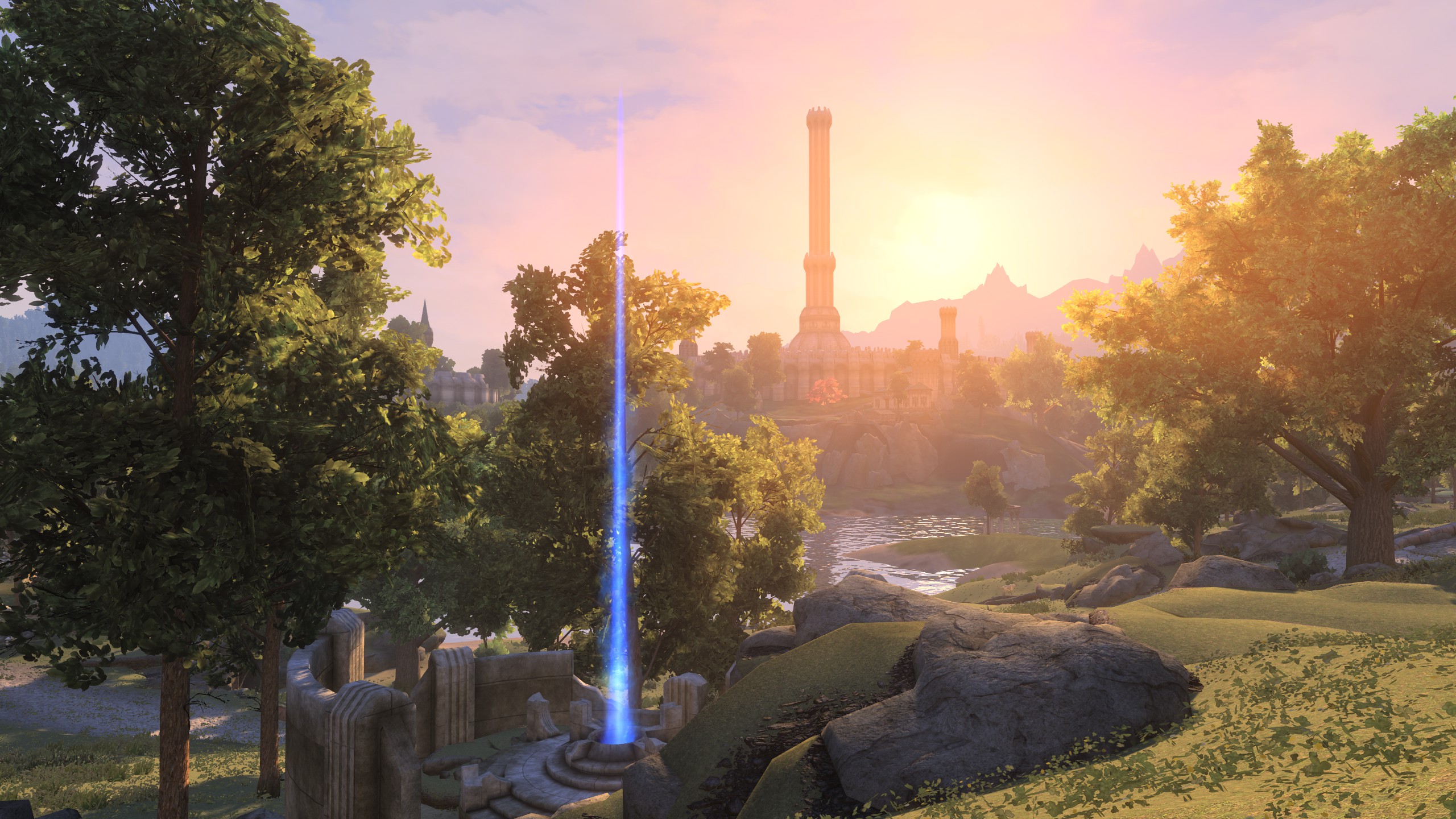 Meanwhile, Kettlewitch wants to inspire fans to pursue their own projects, to make them realise they have it in them to do something special. “If even one person did that, went off and started creating things after playing Skyblivion,” they explain, “then I would have achieved more than I could have ever dreamed [of] with the project.” ClefJ wants to make people feel like they do when they play Oblivion – like they’re coming home.

Liam has some pretty grandiose ambitions. Although they want old and new fans alike to experience either nostalgia or first love, respectively, they’re also hoping that this serves as a motivational project on a wider scale. “I hope projects such as Skyblivion and Skywind inspire others to come together, form teams, have fun, and make experiences happen,” they say.

“I want them to realise the current age of design technology no longer requires you to wait around hoping multi-million dollar publishers will make your ideas a reality. If you have that great game idea you always wanted, you have the power and tools to go out there and do it yourselves. Come together as a community with passionate, like-minded people and make it happen. I hope to see many more projects like this over the coming years.”

Everyone on the Skyblivion team has their own personal hopes and dreams for the project. As well as the above workers, creative director Rebelzize has their own ambitions. For them, it’s all about recapturing that moment in time when a fledgling TES fan first came across Oblivion. “I want people to relive those memories,” Rebelzize explains. “Get a piece of your childhood back or remember everything that was good about your life in 2008, and hopefully be able to look back and be happy with where you’re at in life right now.”

As for their team, Skyblivion has a more specific goal for the modders they have befriended. “For my team I hope that those who want to work in the industry can use this for their portfolio,” Rebelzize adds. “We have already had about a dozen or so of our developers land jobs partially through Skyblivion. I hope more will follow suit.”