Destiny 2: Shadowkeep is now out in the wild and there’s a shiny new Exotic to get your hands on.

After you’ve completed Shadowkeep’s main campaign, you’ll be able to start the quest to find the Deathbringer Exotic Rocket Launcher. As always, there are a few hurdles to jump through before you can get your mitts on it, so let’s take a look at how to get started.

If you haven’t completed the main campaign yet, consider this your only spoiler warning.

How to get the Deathbringer Exotic Rocket Launcher 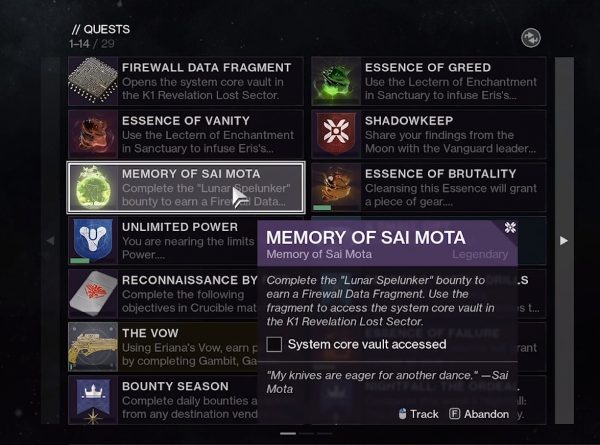 After the main quest is dealt with, speak with Eris about one her fallen fireteam members, Sai Mota. She’ll give you a quest called Memory of Sai Mota, but to access the system core vault, you ‘ll first need to find the Firewall Data Fragment.

Pick up the Lunar Spelunker bounty from Eris and clear three Lost Sectors on the moon to get the Firewall Data Fragment.

Once you’ve done that, head over to the K1 Revelation Lost Sector in Sorrow’s Harbor and interact with the system core vault at the back of the boss room. Interact with the terminal inside and you’ll get Sai Mota’s Broken Necklace, so head back to speak with Eris.

You’ll need to defeat Nightmares on the Mood using Arc abilities to collect 20 scraps of Sai Mota’s necklace. Sorrow’s Harbor is the best place to go hunting for Nightmares, so equip your favourite Arc ability and jump in.

After that, head back to speak with Eris. She’s moved location, so jump through the portal near where she usually stands to find her. Open the chest next to her to obtain the Symphony of Death quest step. You’ll be investigating the Circle of Bones for this mission, and there’s a handy quest marker on your map near Hellmouth. 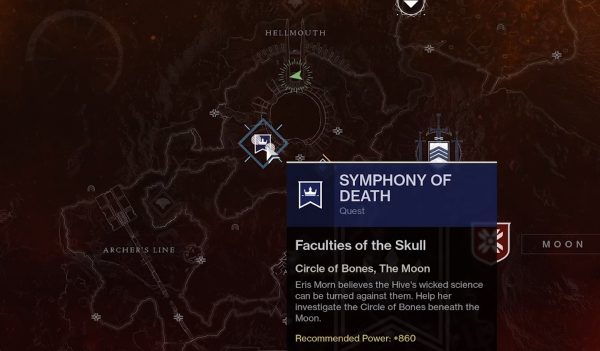 Once you’ve reached the location, interact with the quest icon to begin the mission Faculties of the Skull quest. You need to kill every enemy in the area to complete this step; the next mission will only drop if the place is empty. You’ll pick up the Silent Skull item and the Tainted Lullaby quest at this point, so head back to Eris for a chat.

She’ll give you the next quest step, Marrow’s Elegy. For this step, you need to find three bones: Festering Bone, Ritualistic Bone and the Bone Collector’s Marrow.

You can collect the Festering Bone by completing a public event in the Hellmouth area. The Ritualistic Bone in the chest after you clear the K1 Revelation Lost Sector in Sorrow’s Harbor and the Bone Collector can be found in Anchor of Light. He looks like an Acolyte but the yellow health bar above his head reads “Bone Collector”, so kill him to collect the Marrow. 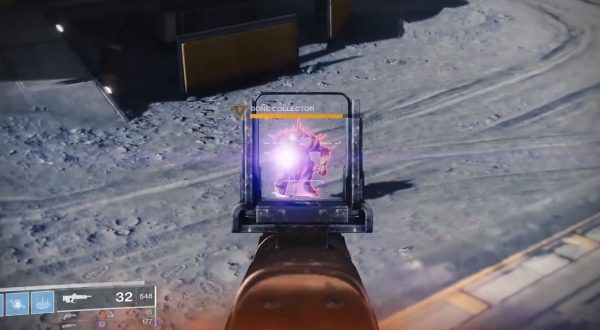 Next, you’ll need to complete the normal version of The Scarlett Keep Strike to kill Sulmakta the High Conductor. Jump out at the second stop on the elevator ride to find him.

Afterwards, you’ll get the Of Darkest Harmony quest step. You’ll be going on a killing spree for this mission, as you need to fill three progress bars:

You’ll progress faster if you kill enemies whilst on the Moon. Complete Lost Sectors and public events to progress through the Discomfort and Pained Cries requirements quickly, and complete a few Strikes to finished Anguished Screams. Killing the Nightmare Ogres is another good way to blast through this.

Once you’re finished, you’ll unlock the final mission: Choir of the Damned. It’s time to head back to the Circle of Bones to defeat the Deathsinger, Ir Ariam. This is a 920 Power mission, so it might be a good idea to join a stronger Fireteam if you’re a lower Power level.

Defeat her and bring her skull to Eris, who’ll give you the Deathbringer Exotic Rocket Launcher. 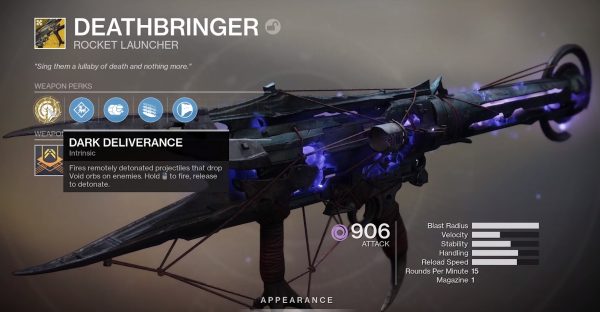 Deathbringer works a little differently to most rocket launchers. For its Intrinsic Perk, Dark Deliverance, You must hold in the fire button to launch projectiles, then release it to detonate them. The blast will release Void Orbs that will track enemies, and the further they travel, the more powerful the detonation becomes.

So, if you fire a projectile above a group of enemies, you’ll want to detonate it while it’s still in the air so that it rains hell upon the enemies below.

And that’s it! For more Shadowkeep guides, check out our pages on where to find the Horned Wreath and Captive Cord, how to get Phantasmal Fragments, Cores, and access Nightmare Hunts and how to use The Gatelord’s Eye Artifact.