For people who deny that there’s a gender pay gap, I present to you exhibit 4,200,493,920. Add up the winnings of the top 400 women in esports and the total is less than half of what the top male esports pro has earned on his own.

The British online Marketplace sifted through the data from EsportsEarnings to look into the money generated by the top female esports players. It paints a bleak picture. 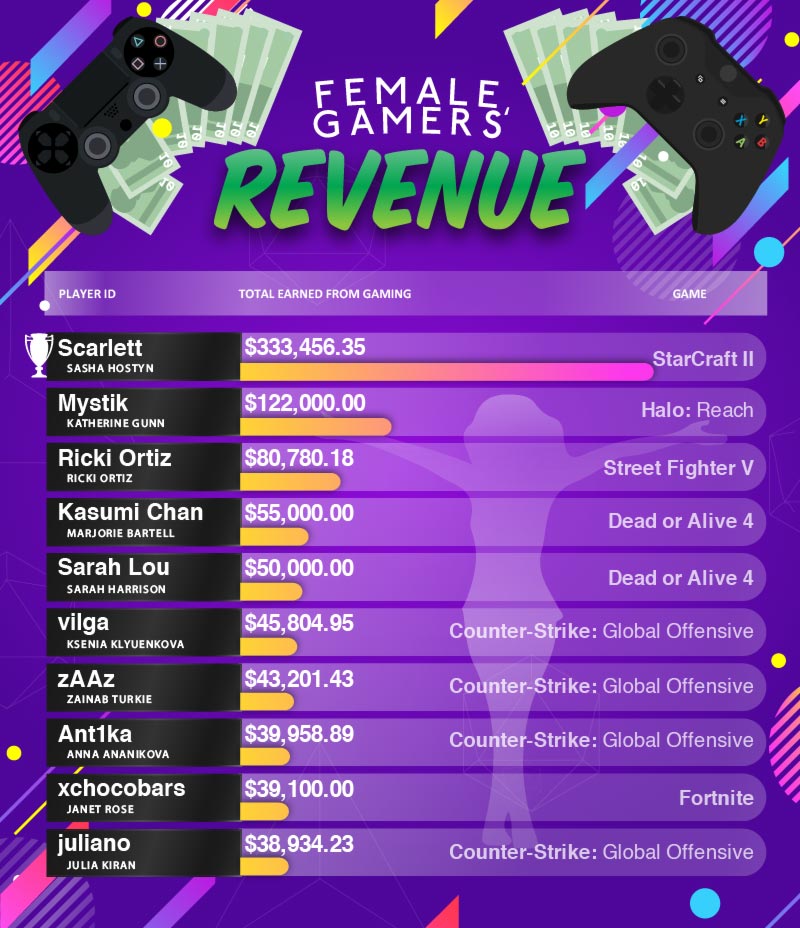 As well as their combined earnings not even touching the top male player, no women at all feature in the top 300 earners in esports. The top male earner is Dota 2 player Johan Sundstein, who has won $6,889,591.79 from tournaments.

Sasha “Scarlett” Hostyn comes in at 329 in the list of highest paid esports professionals. She is the only woman in the top 500 earners.