Valve has finally given Steam’s long-in-development UI redesign a date.

The Steam library visual overhaul hits beta on September 17. Anyone who uses Steam will be able to opt into the beta and check it out for themselves.

The update brings two key changes to Steam’s library. First, the look of the section itself is getting a more modern design, with a fresh landing page that highlights some key items about the games you own.

The landing page will now show recently played games, games in your library that recently received updates, and the games recently popular with your friends.

The other big addition is Events, which specifically highlights major patches, in-game events, and anything the developer deems important enough to notify their game’s owners on Steam. 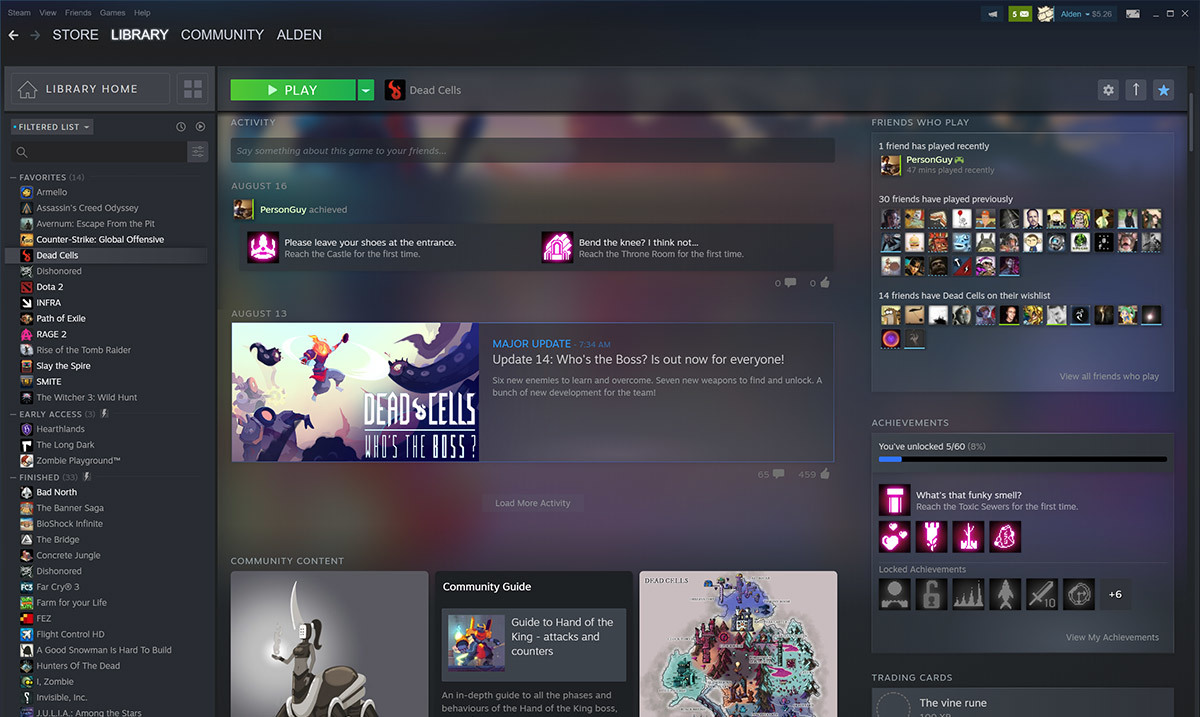 “We wanted to strike a balance between an in-library event feature that let you know about all the great things happening with the games you already own without bombarding you with notifications,” Valve wrote in a blog post.

Developers already have access to Event-creating tools, which will populate people’s Steam libraries when the overhaul goes live. Valve promised to offer a more in-depth look at the update’s various features in the lead-up to the launch of the public beta.

A release date for the final version has not yet been announced.