And he’ll stay dead. Permadeath. “May die randomly” is one of the latest character trait announced for potential recruits in Watch Dogs Legion. The latest gameplay trailer, shown during today’s Google Stadia Connect, introduces a few new recruit potentials including Alan Murphy – an elderly fella who does an impressive +100% harm when using rifles. 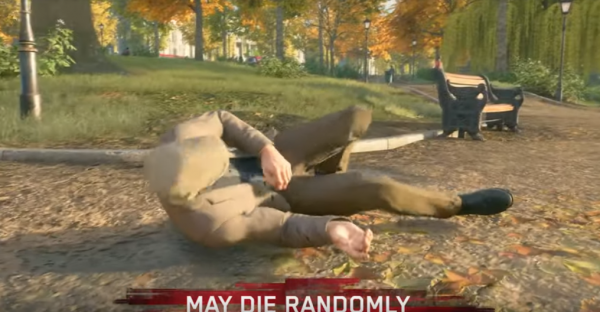 Poor Alan. He’s described in the gameplay trailer below as an old cogdger and veritable mad bastard, in Ubisoft’s preferred mockney style. But once dead, he is permanently dead. And he can simply drop dead.

The trailer also features Sue, a public defender with a 25% chance of getting you out of jail, and Victor who takes half damage when drunk. In Watch Dogs: Legion, players can recruit any NPC and take advantage of their particular gameplay skills.