Here’s a look at another Borderlands 3 Vault Hunter: Amara.

The first gameplay details for Borderlands 3 were announced today during a livestream. We’ve already given you a look at the Operative Class, but here we’re focusing on the Siren Class.

As we previously told you, Borderlands 3 features four new Vault Hunters, one of which is Amara.

Like Zane, information on Amara’s Skill Tree leaked earlier today ahead of the embargo, but wasn’t confirmed until now.

In the video from Arekkz Gaming below, you’re given a look at her actions and a full breakdown of the Skill Tree. This includes all abilities and the various perks on offer.

The mission shown is Hostile Takeover located on Prometha, the Atlas Corp Headquarters. Kicking off on the Meridian Outskirts, the place is currently under siege by the Maliwan Corporation’s private army which are trying to attempt the mission’s namesake.

Skill Sets available to the Siren Class are Brawl (shown in the announcement trailer), Fist of the Elements, and Mystical Assault. Each skill tree will feature over 10 options with various perks and Augments.

Like the other Vault Hunters, Amara has three action skills to choose from once you hit level three. She can only equip one action skill at a time, and one was shown off in the today’s gameplay reveal: her AoE ability Phaseslam.

Other abilities include Phasegrasp and Phasecast and as you progress further in the skill tree, you will gain not passive skills but also action skill augments and modifiers.

For example, Amara’s action skill in today’s gameplay reveal was modified to be electric, but it can be modified in other ways.

The loadout made available for the demo of Amara is posted below. 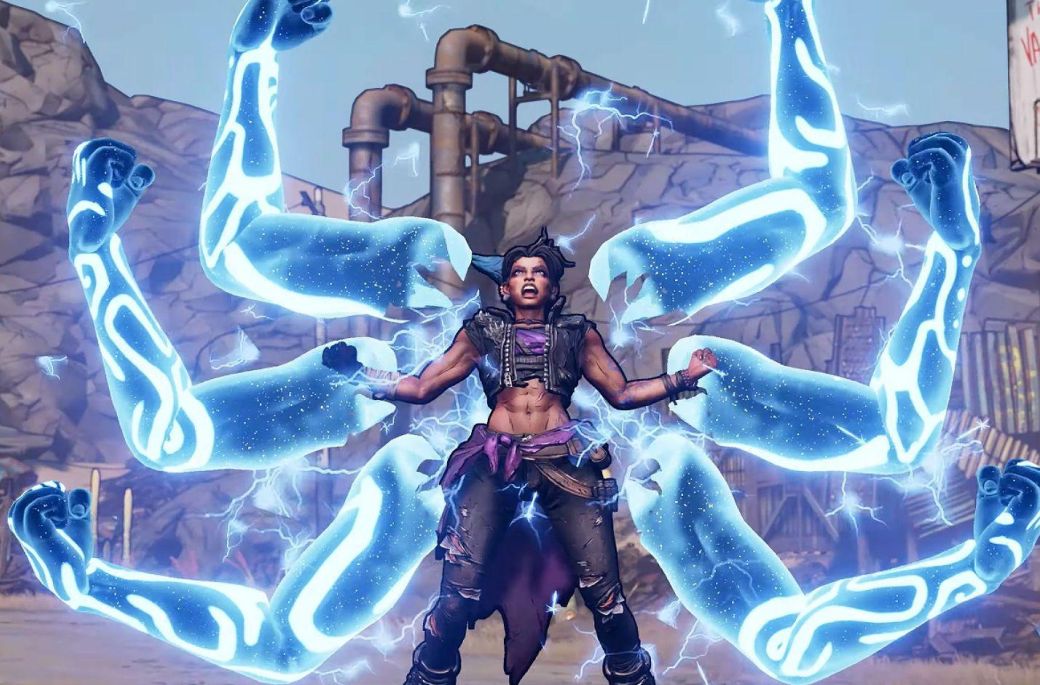 Amara was also one of the Vault Hunters shown during the presentation, and a recap of what was shown can be found at the link.

Borderlands 3 releases September 13 for PC, PlayStation 4, and Xbox One.