The official gameplay reveal trailer for Borderlands 3 has arrived alongside an on-demand video of today’s presentation.

Earlier today, Gearbox Software hosted a gameplay reveal event for Borderlands 3, giving us a proper look at the upcoming game.

During today’s demonstration, the video of which is posted in here at the end, the Hub World was shown, a background on the story was provided, and of course, it featured plenty of carnage.

The tutorial shown starred one of the new Vault Hunters, Amara, a Siren class character, but only snippets what was on display today is featured in the gameplay video below. 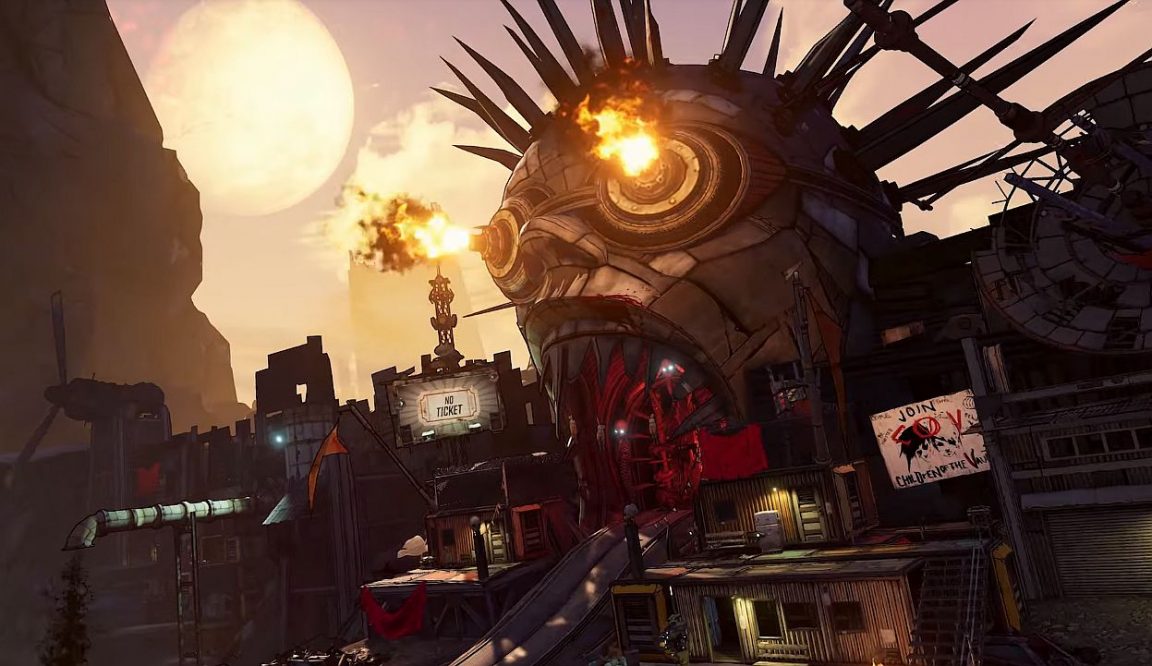 Claptrap and the COV

In the demo, we saw Amara at the Quick Change Station, which is where you can customize your character’s appearance. This includes heads, skins, colors, emotes, and ECHO Skins. While there, you can also pull up your skill tree and respecialize.

In Borderlands 3, the game kicks off with an introductory mission from Claptrap, who gives you the lowdown on some trouble brewing on Pandora.

According to Claptrap, a new cult calling themselves Children of the Vault (COV) are causing a bit of trouble. Lilith and the Crimson Raiders are recruiting new Vault Hunters to investigate the cult and learn more about their mysterious leaders.

Claptrap then leads you on a “stealthy” infiltration mission to confront Shiv, who is head of the cult’s local Propaganda Center. Of course, Claptrap gets captured and it’s up to Amara to rescue him. Combat showed the typical level of Borderlands gore, with plenty of dismemberment, and the visual death system has returned.

You can read up more on combat through Kirk’s hands-on preview of Borderlands 3.

Throughout the rest of the tutorial, it was revealed you can now slide while sprinting and use mantle ledges to reach elevated surfaces.

In the weapons department, some guns will now offer multiple firing modes. One mode shown featured a Vladof pistol shooting semiautomatic bullets before switching to micro-missles which fire from under the barrel.

Some elemental weapons can also switch between multiple elements such as cyro, while heavies can flip-flop between a grenade launcher or a mini-gun.

Finally, a walk-thorough of the new hub world,  Sanctuary 3, was given. It’s basically a mothership which not only provides transportation but a customizable home base. While at Sanctuary, you can also buy new wares from two different shops.

This is also where you can find “lost or forgotten look from previous encounters,” hang your things up for the day in your quarters, open Gold Key chests, buy storage deck upgrades, and more.

You can also saddle up to Moxi’s bar, gamble, and even have a chat with Tannis, Sir Hammerlock, and Ellie.

We’ll have more on Borderlands 3 throughout the week. Until then, be sure to have a look at the Operative Class skill tree, one of the Legendary weapons, and when to expect end-game and DLC details.

Borderlands 3 releases September 13 on PC, PS4, and Xbox One.