World War Z fails to capitalise on its single contribution to the zombie shooter genre.

World War Z is Saber Interactive’s new game, taking inspiration from the zombie film rather than the book.

The setup is simple enough: four episodes set in four cities around the world (New York, Jerusalem, Moscow, and Tokyo), each with a unique cast of characters. There’s no throughline connecting them; they’re simply all tales of local survivors trying to outrun zombies. All chapters are unlocked from the start, and the same goes for their various characters. The narrative is light enough that it doesn’t really matter which episode or chapter you start with, as they’re all self-contained.

Story is clearly not a focus, and seemingly neither are character personalities. Whether because of the corny, repetitive dialogue or the actors’ hammy delivery, you never really get to make a connection with anyone. The focus, of course, is on massive hordes of zombies which you’ll have plenty of chances to chew through using an arsenal of firearms, and explosives. The game’s so called swarm tech is impressive because of its scale, but not so much gameplay potential.

Each horde attack is carried out by thousands of zombies, split into different waves depending on the objective. In defence missions, the prep phase positions you to face one or two directions. This is a very effective way of getting players to appreciate the scale – and perhaps a little bit of the terror – of seeing thousands of angry, fast zombies rushing towards you.

The tech is certainly capable, and it allows the game to funnel them in through any hole big enough for it. It looks like a flood of bodies pushing in from all sides. 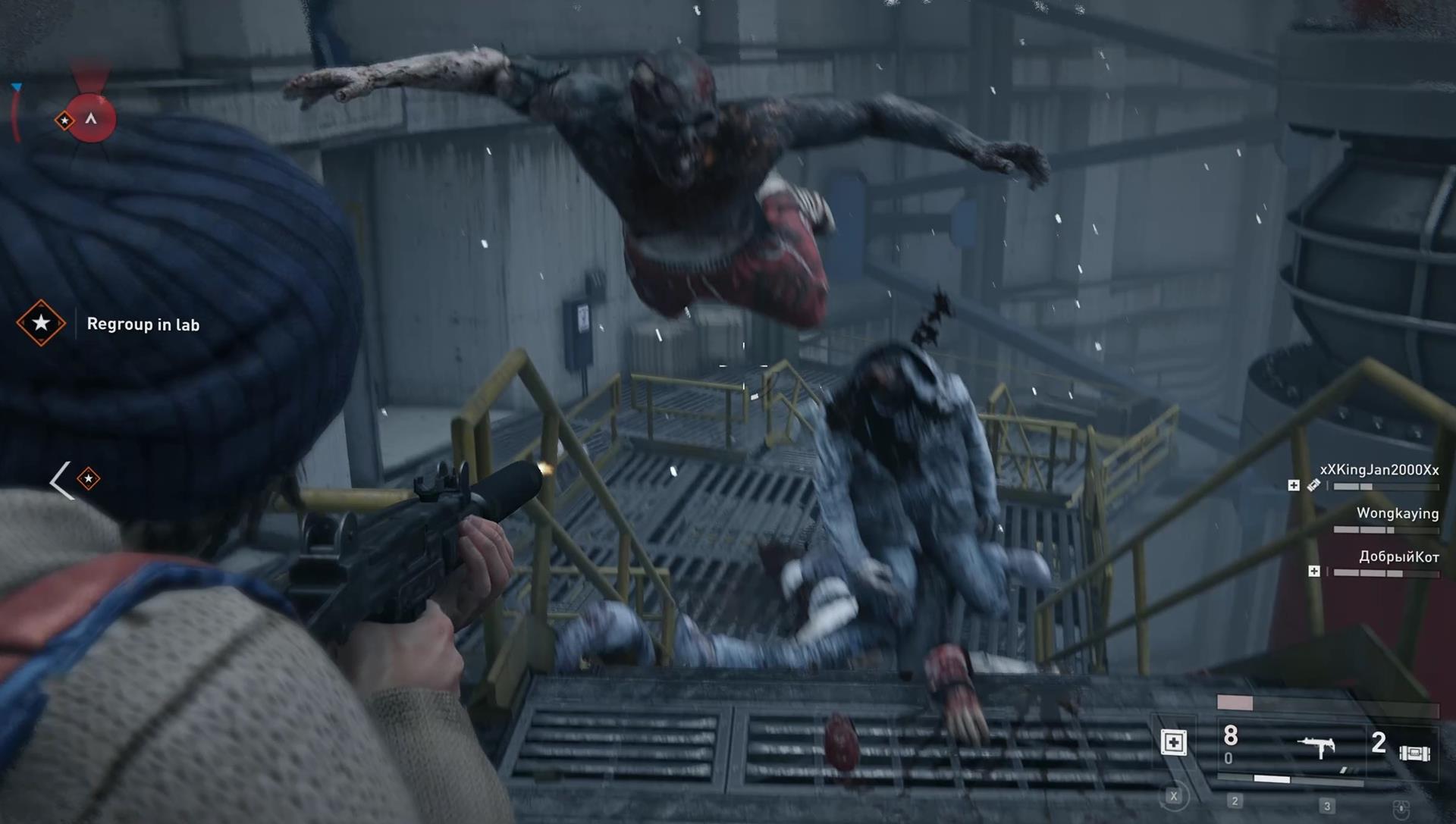 While their numbers can be impressive, that feeling quickly dissipates upon closer inspection. Some concessions likely had to be made to maintain a decent level of performance, but what ended up in the game are fast body bags with jittery animations and unpredictable behaviour. I can’t say if it’s a technical limitation or the game’s AI pulling punches to try to keep things balanced, but the size of the horde never felt oppressive. The sheer numbers alone should be overwhelming – even if just for a brief moment.

It would have been great to see a few hundred zombies physically preventing you from advancing onto an area, or blocking a crucial escape route. You’re never really forced to cut through the waves or make any decisions other than figuring out the most efficient way of dealing with them.

Explosives and power weapons do cause a lot of damage, but it once again feels like the game is placing bigger emphasis on performance optimisation over physics simulation. Firing a rocket into a wave of zombies should fill the room with giblets, throwing blood everywhere, not create a moderate boom that erases a few bodies. I say erase because that’s really what happens: bodies disappear as soon as they’re dead.

The underwhelming visuals of explosions and their shockingly muted sound effects are sadly a symptom of a larger problem: World War Z’s just isn’t satisfying.

The game is played from the third-person perspective, so a lot of work has gone into creating surprisingly detailed weapon and character models. I wish Saber had tried to make the few weapons on offer feel distinct and powerful, rather than just looking good, however. No matter the weapon, there’s a distinct lack of heft to the trigger pull.

Weapon sounds are consistently echoed and hollow, and handling doesn’t make up for it with demanding recoil – or really anything that asks players for more than just holding the button and spraying into the meat bags. I realise no one is coming to World War Z for Insurgency’s gunplay, but the one thing you spend the majority of your time doing in the game deserved a bigger focus. 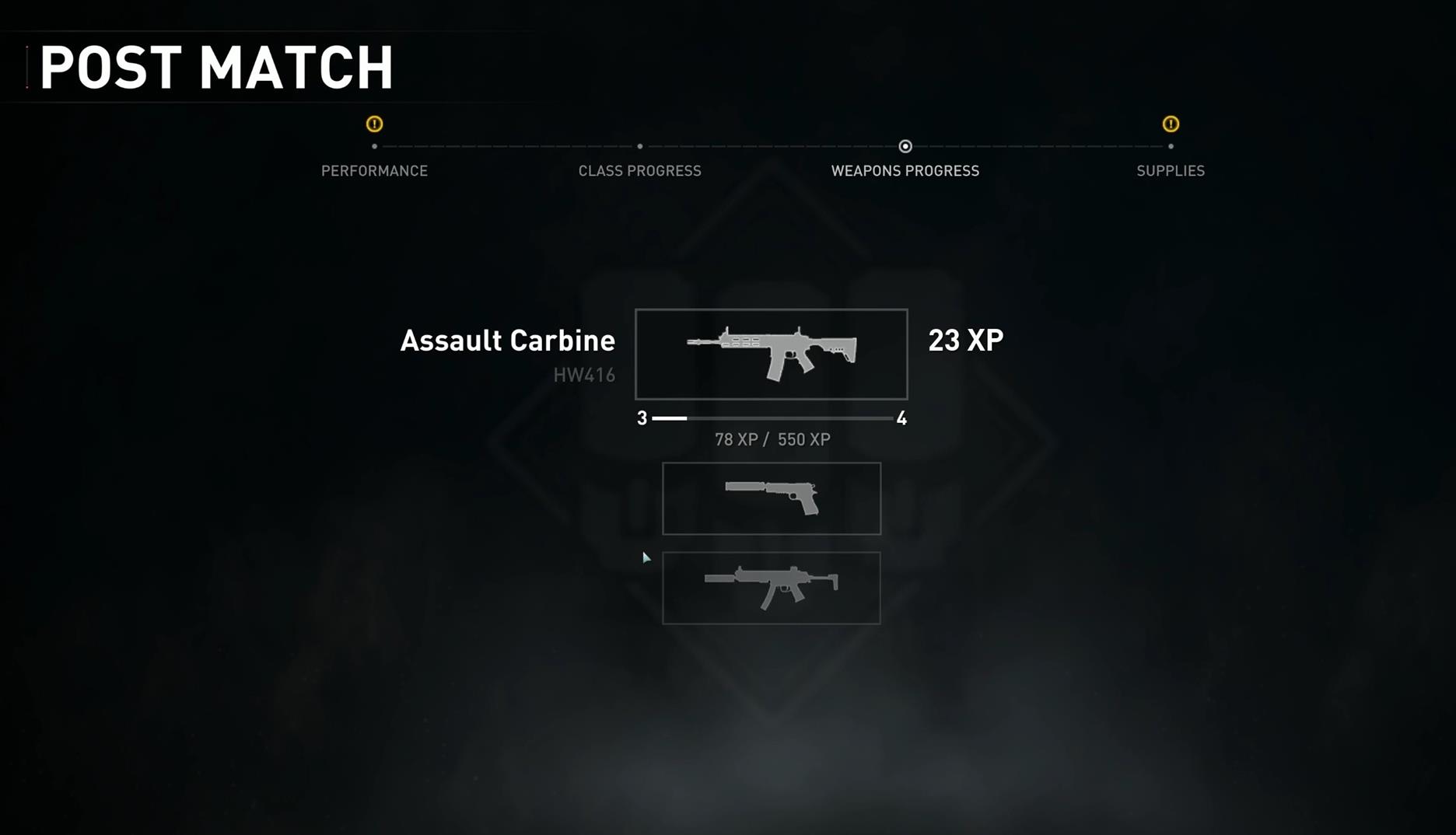 World War Z offers six classes, which may be slightly more than it needs. Though some bring useful tools like the Fixer’s ammo boxes and the Medic’s ability to boost team HP, the Hellraiser and Exterminator could use a merger, and the same is true for the Slasher and Gunslinger.

In the early hours, before you get a chance to reveal their long skill trees, the decision to pick a class is largely decided by their starting weapon. Your starting weapon is always going to be tied to your class of choice. During missions, you’ll come across weapon pickups, which offer guns in three rarities. To get rid of what you have, you’ll need to replace it with a pickup. These pickups make up the game’s entire arsenal, and the only way to improve them is to use them more.

You don’t know which weapons you’re going to find, of course, which makes the upgrade process a nightmare. Why spend precious points on – say, a tier 3 SMG when you can spend it on your starting weapon instead? And, since you’re looking to move up to a better option ASAP, starting weapons don’t make a lot of progress. Weapon pickups are frequent enough if you’re willing to explore, but you’re still relying on RNG to decide your main gun.

I am all for weapon progression, but if you’re going to tie weapon power to its level, at least let me pick one to consistently upgrade. I found it tricky to really hone in on a single weapon because I am constantly switching it for others along the way. You certainly can stick to a single option for the entire round, or simply never move from your starting, low-level choice to maximise upgrade potential, but that’s boring. Even so, starting weapons are all low-tier so you’re only making things more difficult.

This forces a style of play antithetical to what World War Z is. It’s not exciting to have to limit your options initially just so you can make things better later, nor is it rewarding to gain some XP for five different guns but never enough to rank up any of them. This scattershot approach to progression is further exacerbated by the fact both class, and weapon upgrades use the same currency – which the game doesn’t dole out generously, especially early on.

Budgeting upgrade points shouldn’t be a concern in the early game. This is isn’t an argument against the concept of grind – most games with a deep enough progression system will inevitably ask players to make choices. Rather, how the system is implemented in World War Z. 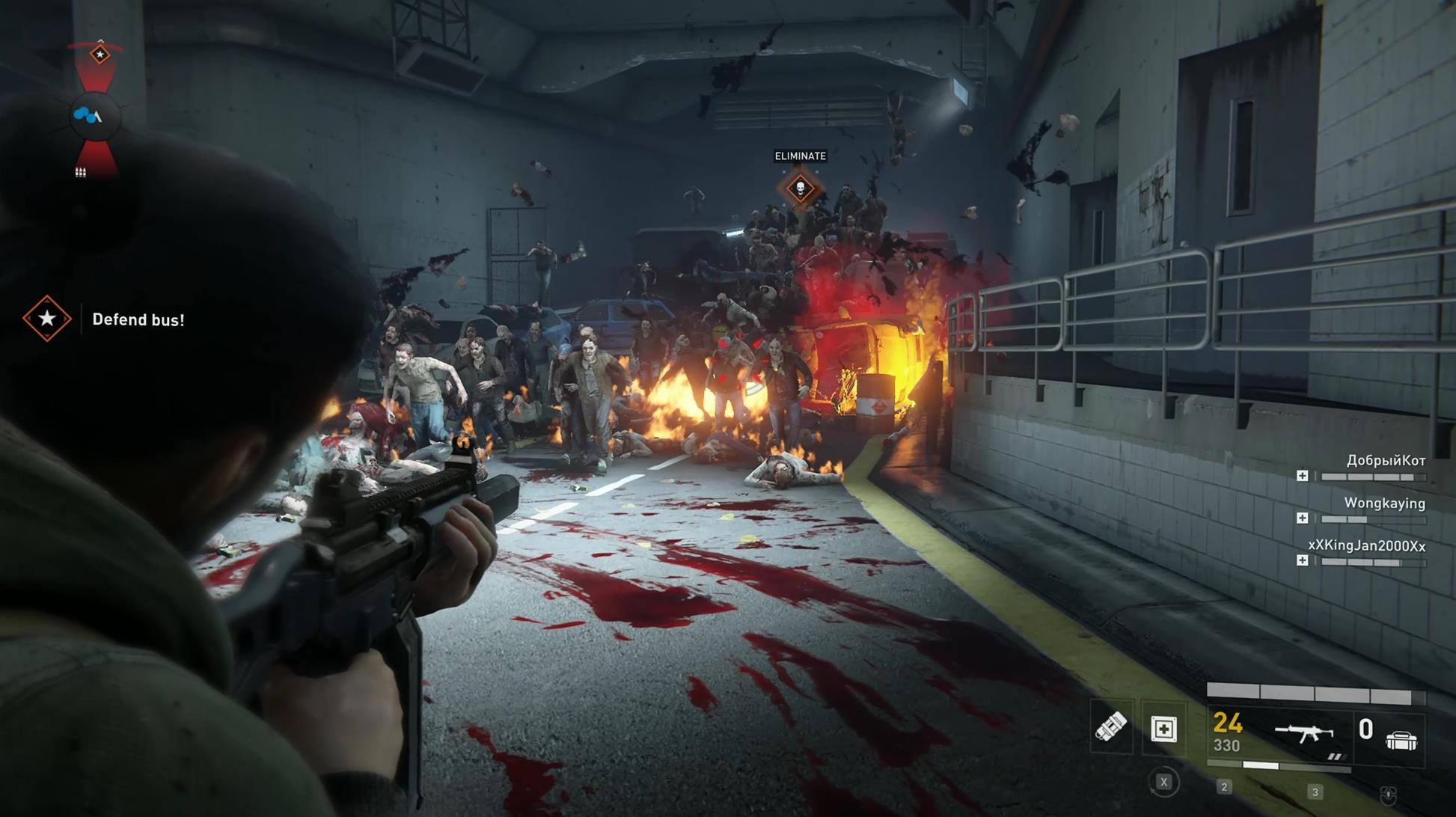 World War Z had me wondering if all my hopes for a modern Left 4 Dead are misguided. I would love to play a sequel to Valve’s classic made by today’s standards, with all that entails, but I don’t think even that would be enough. World War Z is essentially that game. If you set aside the size of the horde for a moment, the game’s objectives are lifted straight from L4D. You start off in stealth and you can keep it that way until you reach the first big location.

When that happens, you’re either going to be defending something/someone, or delivering objects from A to B while under attack. Even the zombies themselves are mostly modelled after L4D classes. You have the area-of-effect damage dealer you want to keep at a distance, the sneaky bouncy zombie hiding around corners, the tanky, armoured zombie, and the one you need to take out quickly before they call in another wave.

It’s all there and it all works as you’d expect, but never enough to excite on its own terms. The game tries to add an element of tactics with the class system, but even that is underutilised thanks to the aforementioned currency problem.

Even at $35-40, It’s hard to recommend World War Z when a game like Killing Floor 2 exists. Unless you prefer third over first-person, look elsewhere for your zombie fix. Maybe that one with pensive bikers will do it.