Xbox Live is coming to Android and iOS thanks to Azure and Game Stack developer tools.

Microsoft is bringing Xbox Live to Android and iOS allowing achievements, gamerscore, friend lists, and more to carry over.

Ahead of its GDC 2019 talk, Microsoft revealed Game Stack will pull all of its tools and services into one ecosystem. This includes Azure, DirectX, Havock, Xbox Live, and more.

According to the firm,  the cloud plays “a critical role in Game Stack,” with Azure able to “deliver a great gaming experience” to players worldwide.

Microsoft is totally committed to the cloud, and its Project xCloud streaming technology will allow people to play Microsoft games “where they want, when they want, on any device they want.” 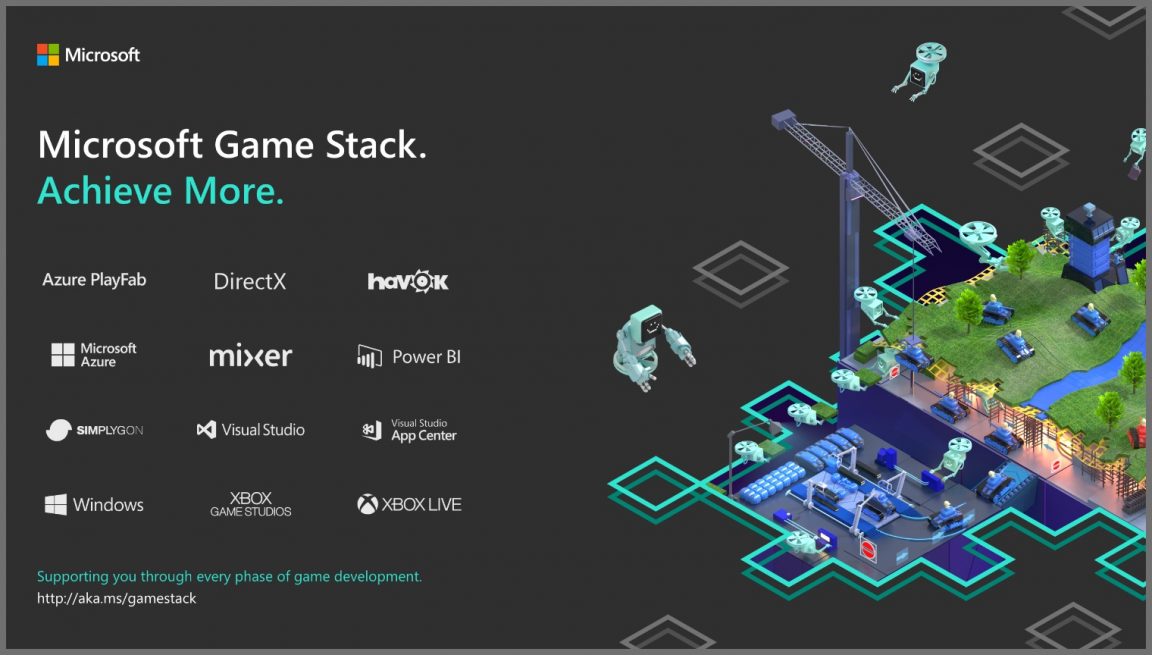 Basically, with Xbox Live becoming part Game Stack, the service’s cross-platform capabilities will expand. This is the first major step into bringing XBL to all devices. The company also wants Xbox Game Pass on every device possible, so this is a great start.

“While Azure is part of Game Stack, it’s important to call out that Game Stack is cloud, network, and device agnostic,” reads the announcement.

“And we’re not stopping here. We’re bringing PlayFab into the Azure family. This allows developers to launch and scale up multiplayer games by dynamically hosting servers with Azure cloud compute.”

PlayFab was started by PopCap and Uber Entertainment vets in 2014 and acquired by Microsoft in 2018. The tech offers studios back-end support for online titles and services. This includes friend lists, server hosting, leaderboards, in-app purchasing models and online storage.

The tech supports iOS, Android, PC, Web, Xbox, PlayStation, and Switch. All game engines and clouds are also supported. Due to this wide range of support, developers will be able to add multiplayer matchmaking and chat services to all games on all devices.

It’s possible Microsoft will announce Xbox Live and Xbox Game Pass support for Switch during its GDC talk. Or it could be saving the announcement for E3 2019. We’ll have to wait and see, but during a briefing yesterday, Microsoft CVP of Gaming Cloud, Kareem Choudhry, said the firm has nothing to announced on that front.

“If you watch what we’ve done, especially with Minecraft, over the past few years, we’ve taken Xbox Live to as many platforms as Minecraft is on as possible,” said Choudhry (via GI.biz). “We’re uniting those communities together with a consistent, singular experience for all of those gamers.

As far as bringing Xbox Live to Switch or PS4, he said Microsoft’s goal is to “unite the two billion gamers.” But Choudhry  also said the company wasn’t making specific announcements pertaining to Switch “today.”

“If you’ve watched us for the past few years, we’ve taken a very inclusive approach,” he said. “Phil [Spencer] has been very proactive on issues like cross-play, cross-progression, and uniting gamer networks, and we’re willing to partner with the industry as much as we possibly can.”