As the Misthios docks on the shore of the enigmatic island of Thera, a secret lies dormant within the ruins, waiting to be uncovered by the Eagle Bearer and their crew. Here’s how to open the door and solve the mystery of Thera during the A Family’s Legacy quest in Assassin’s Creed Odyssey.

A Family’s Legacy quest guide – how to open the door

First off, sailing in from the north you’ll find yourself at a ship docking point on the shore of the island. Moor the Adrestia here, then jump off the ship onto the jetty.

Call Ikaros, and you’ll find the camp you’re looking for a little to the south of your location – up on a hill. 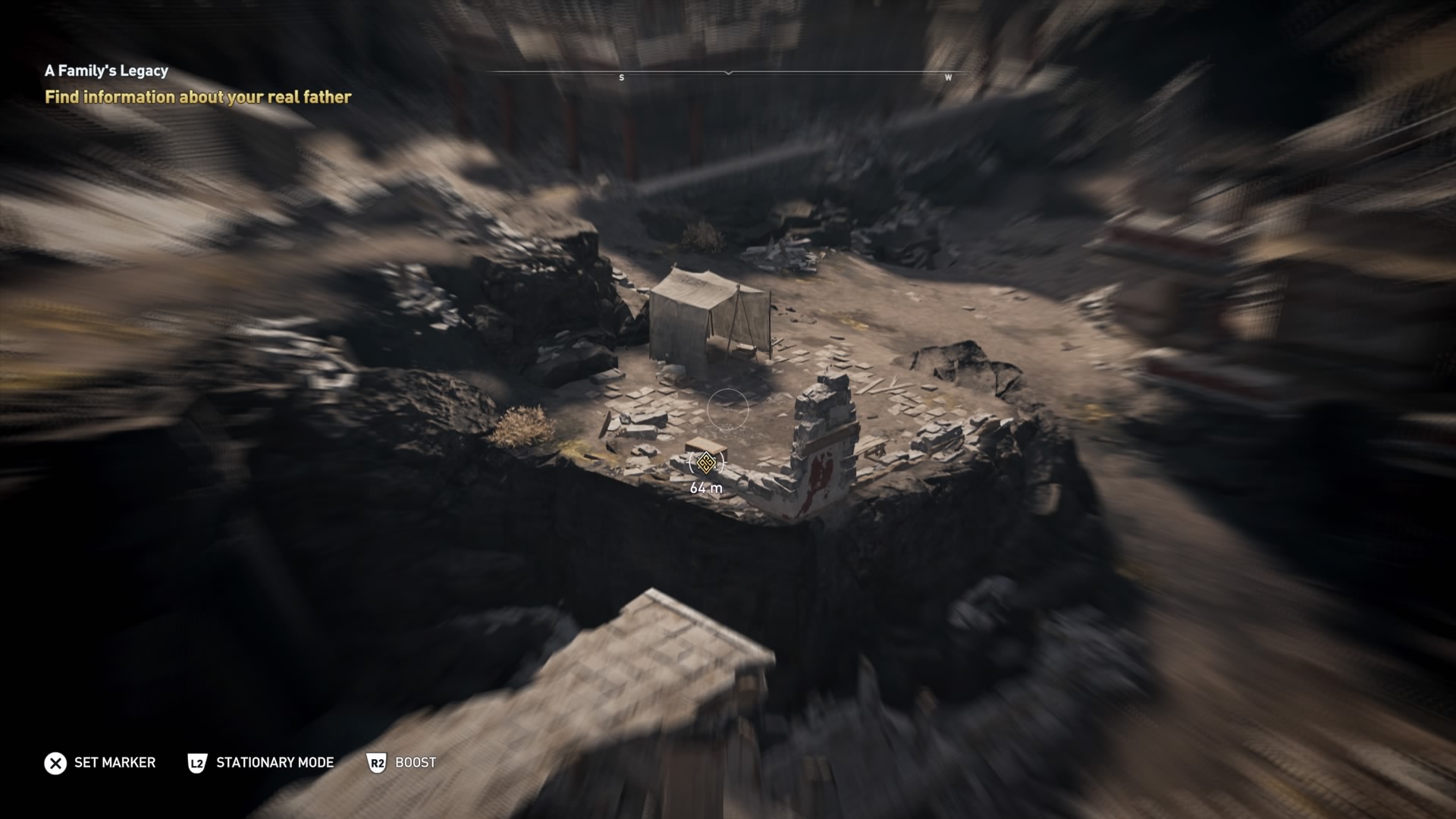 Make your way to the quest marker in the camp and open the chest you find there. It’ll send you off towards the giant door below. Once you try and enter though, it won’t budge.

To start the puzzle, head south from your location to where you can see beams of light in the sky.

How to open the door

South of the door, up the hill, you’ll find a ruined area with reflective mirrors. Your Misthios will say a line of dialogue when you’re in the right place.

Break the boards in front of the mirror on the southern wall of this area to proceed (screenshot below). 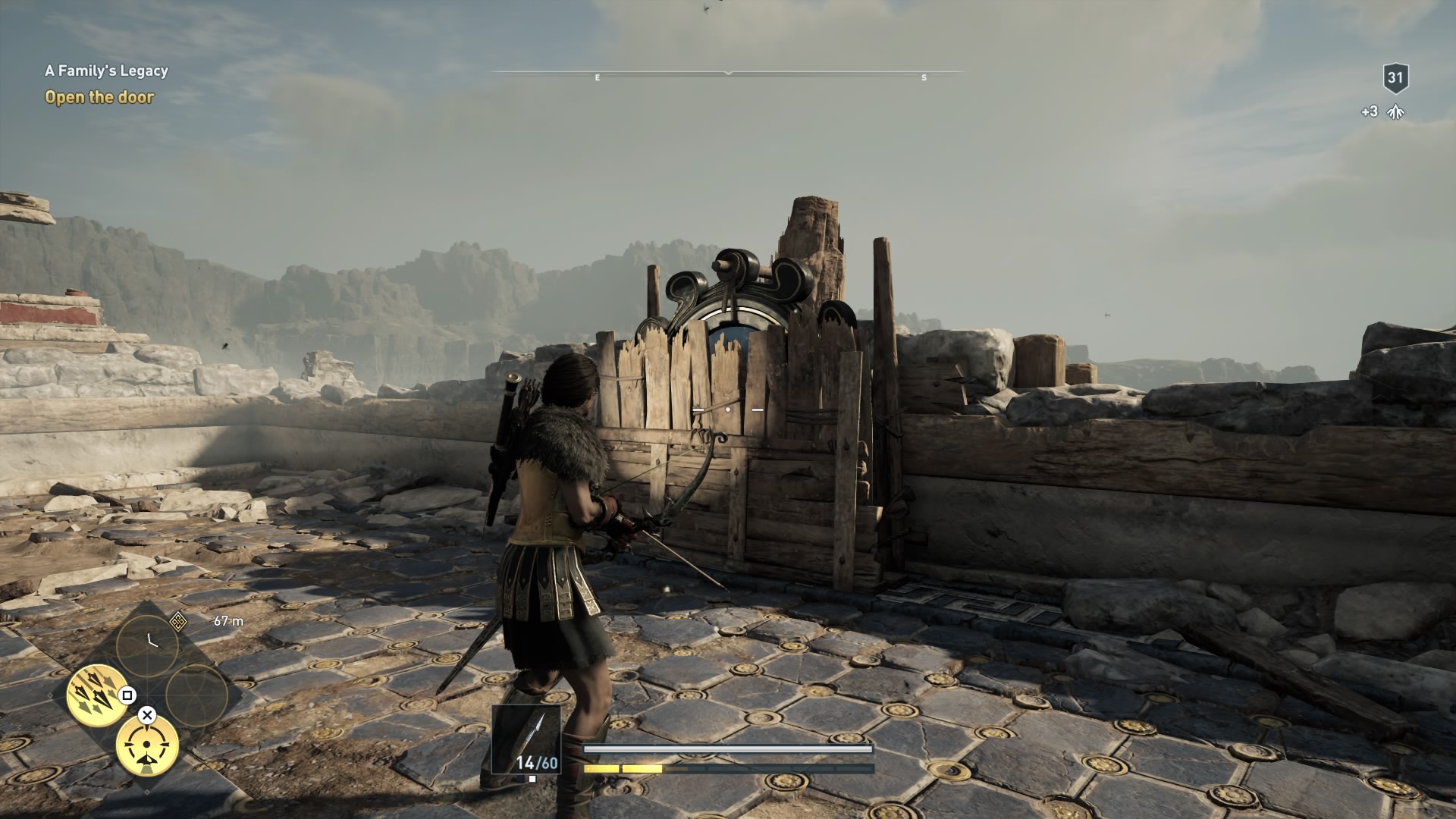 Now follow the newly unblocked stream of light west – up to raised building.

In this room, you have to break the boards in the northwest corner. 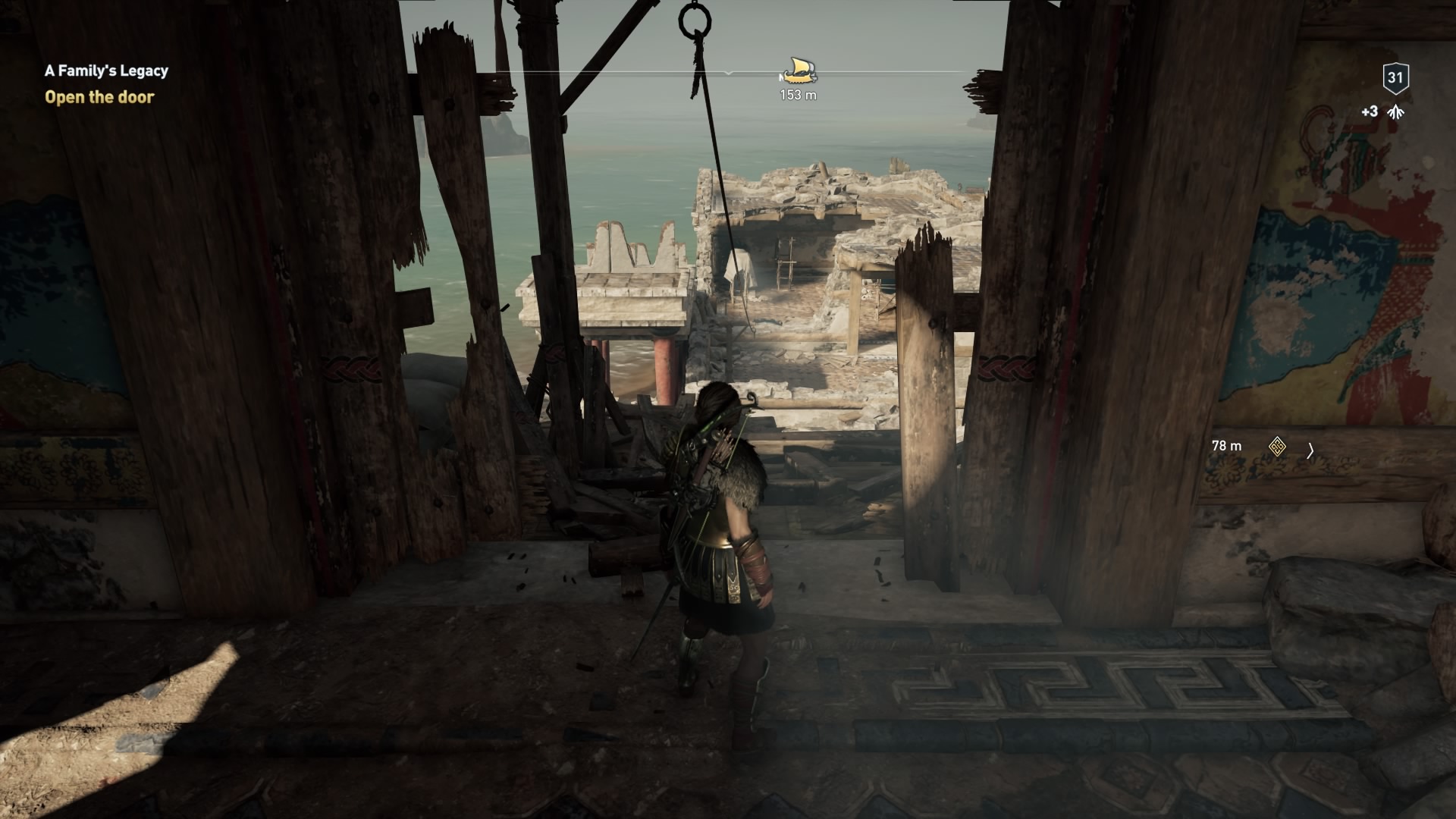 Once you’ve done this, slide down the zipwire to the next area.

The screenshot below shows the correct positions for the sliding blocks. 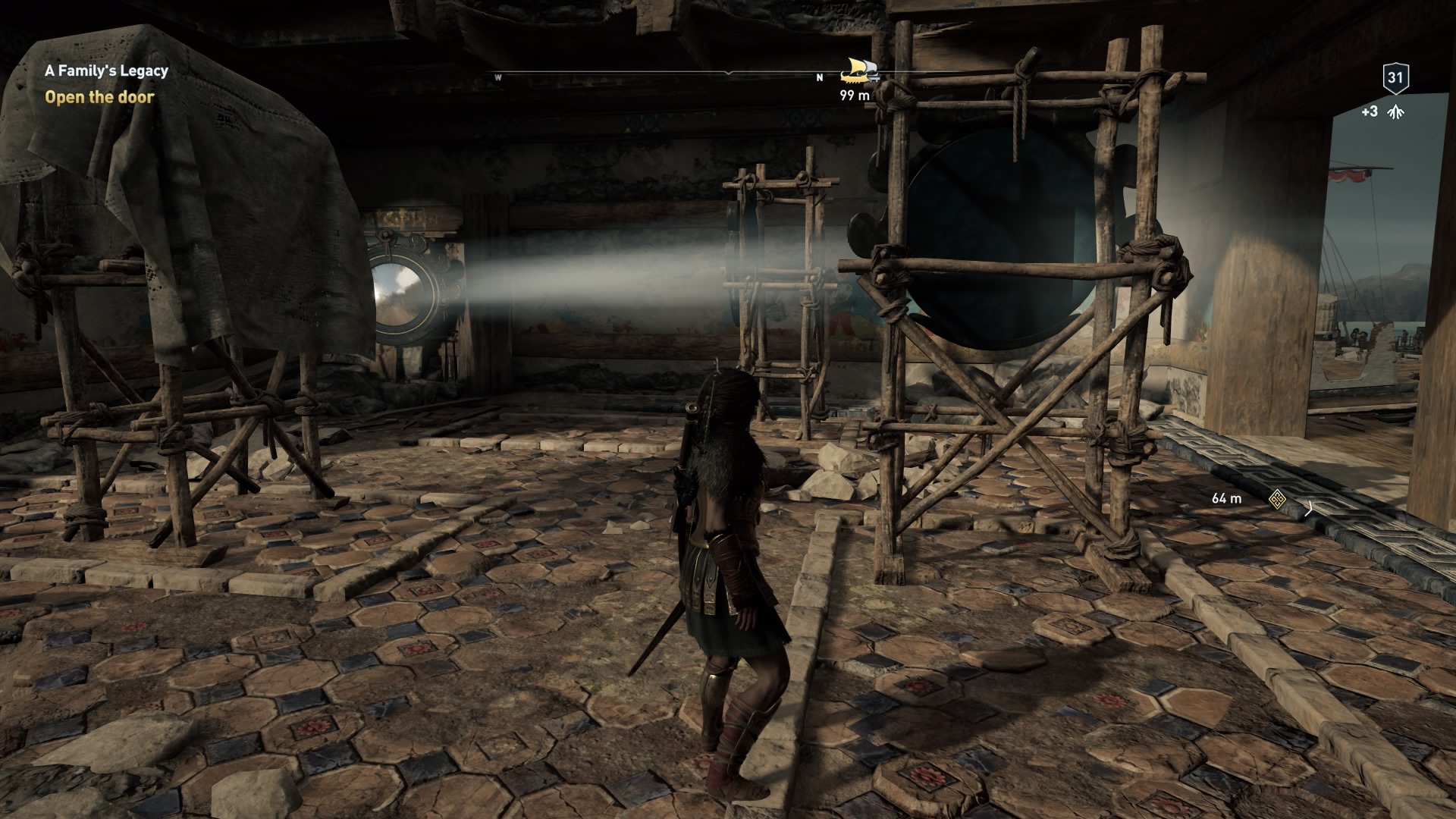 First, move the slider with the cloth on top out of the way. We moved it to the east, but not all the way along – just enough to be out of the way of the beam of light.

Second, move the slider closest to the northern mirror all the way to the east.

Last, move the third slider at the other end of the room all the way forward to the north.

This opens up the next area to the northwest.

In this area, you don’t actually have to move all of the sliders, just the three that are furthest north. The screenshot below shows the right positions. 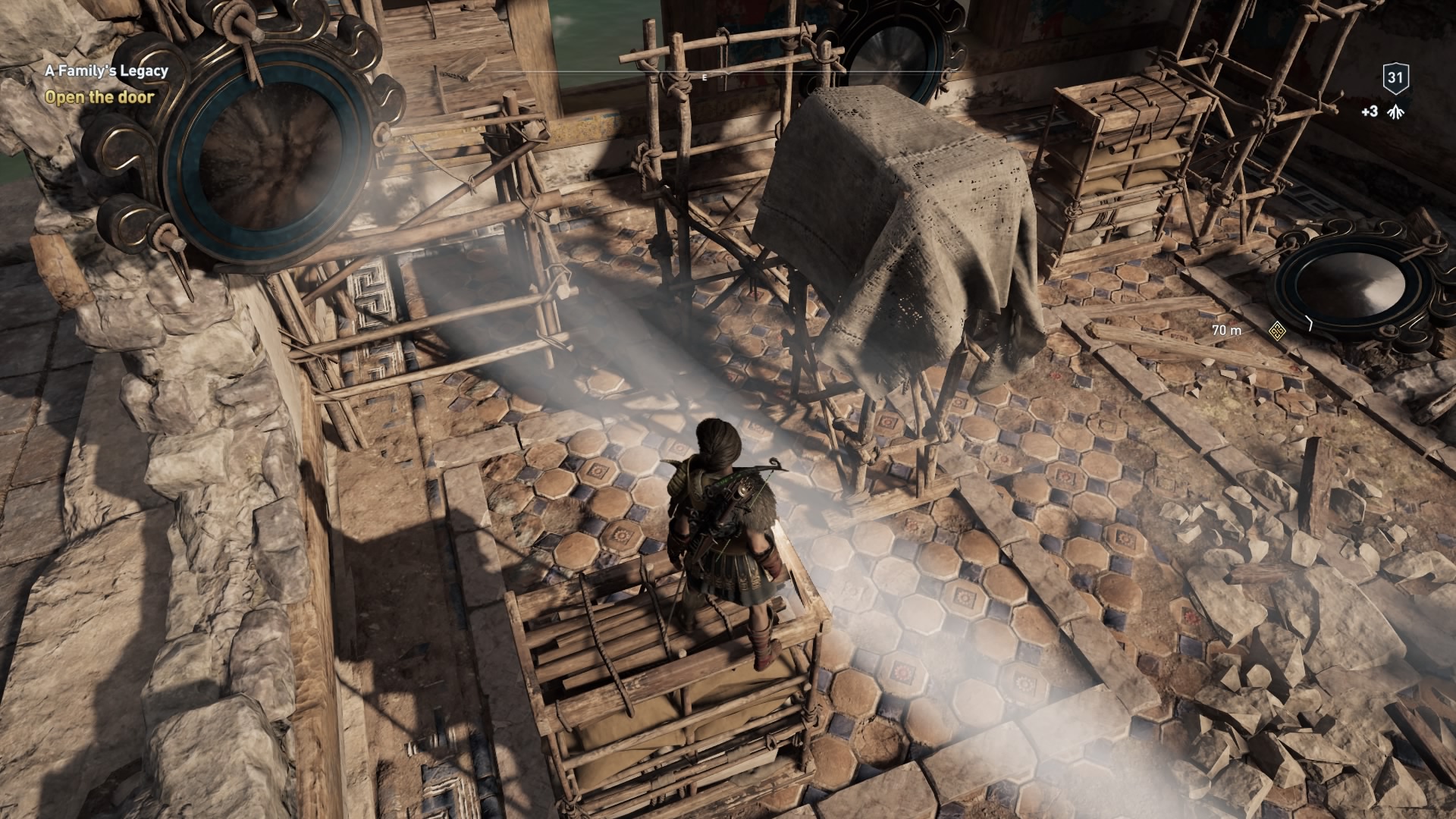 Once you’ve done that, head downstairs and watch out for the snakes.

Break the boards in this dark room and you’ll have completed the puzzle! 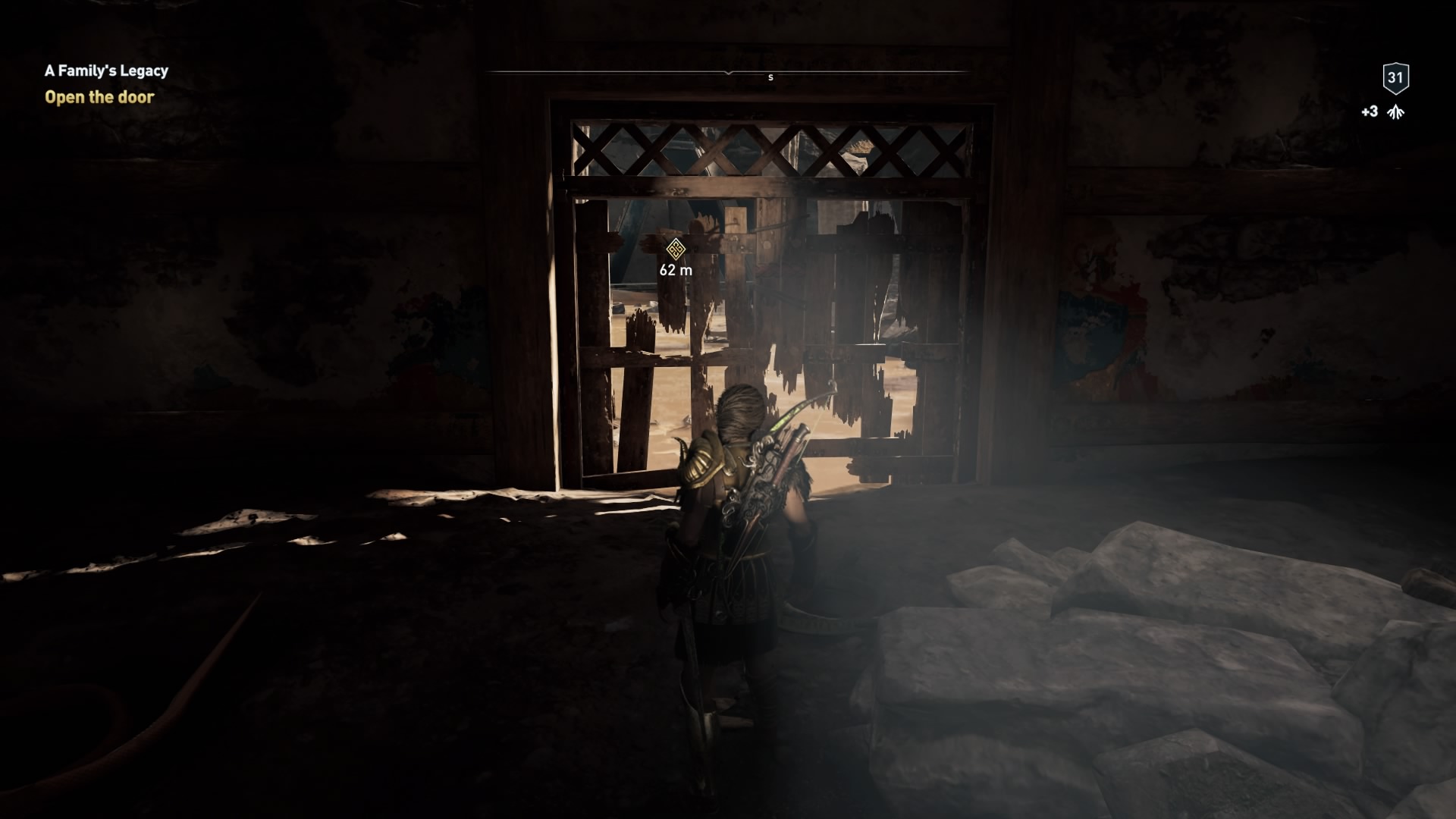 Head over to the ominous-looking entrance and make your way inside. 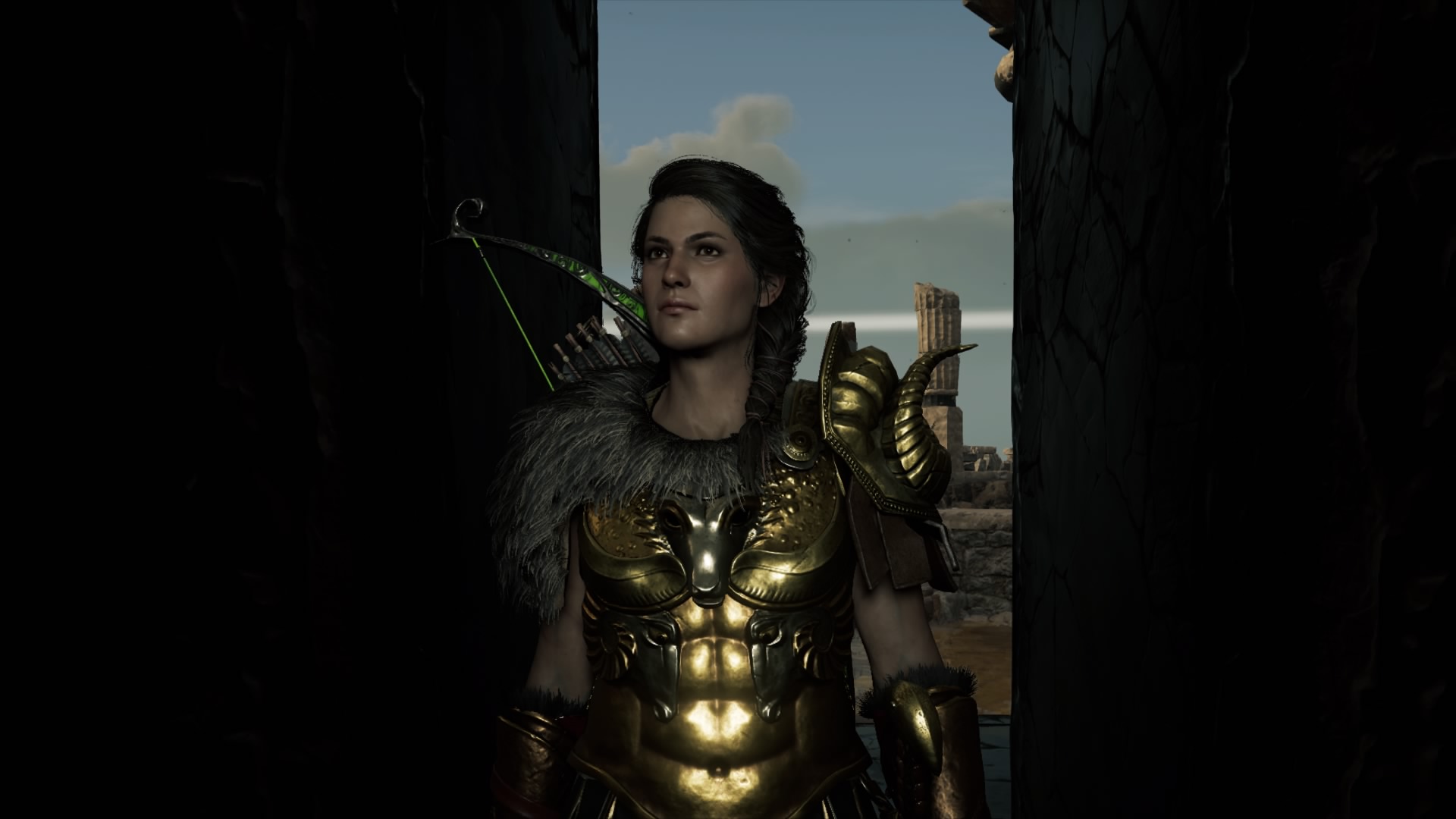 Eagle Dive into the large hole that you reach, and swim your way through the cave.

Continue on through the cave until you reach a large chamber. Climb up the wall to the east where you can see the glowing light and crawl through the gap.

In this lava-filled chamber, climb onto the west wall. Then jump across to the stalactites in the centre – crossing the rope between them – before jumping down to the other side.

Slide down the crevice you come to, then squeeze through the next gap in the wall.

After you’ve taken in the view, Eagle Dive down into the water. Climb out, then take a quick diversion north to grab the chest that’s hidden down in the gap.

Then head southeast and hold onto your butt, things are about to get wild – enjoy.