Capcom just added in-game advertisements to Street Fighter 5 – and if they weren’t so gross they’d actually be pretty funny.

A few days ago, Capcom announced that it’d be adding in-game advertisements to Street Fighter 5. While some outlets were quick to condemn, at the time we didn’t report on it since with the fast turn-around from announcement to implementation of features in SF5 it made more sense to wait see it for ourselves. Last night, that patch was pushed out to players: and boy, these advertisements are grim. Guile, say goodbye to your iconic American flag tattoos and say hello to some corporate logos! 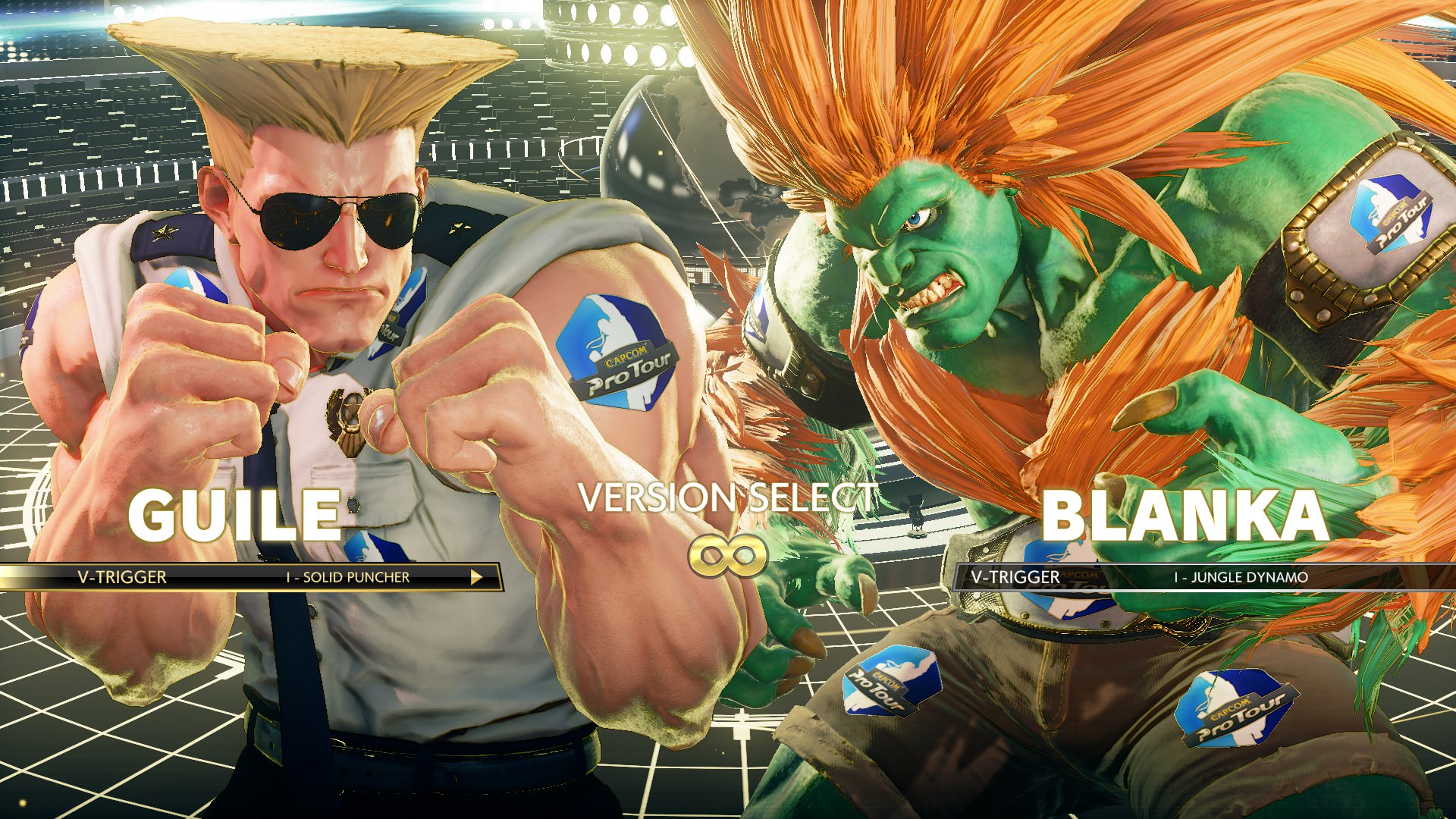 Now, I want to be clear and fair: these ads are fairly limited in scope. For one, they’re entirely optional. Second, the ads are restricted to certain costumes and stages, such as the costumes shown in the above screenshot from ResetEra user Shang. Here’s how it works:

Now we’ve got that explanation out of the way, let’s just get real for a second: these advertisements are hilariously inept. Right now all the ads are for Capcom Pro Tour and SF5 downloadable content that’s currently on a holiday season sale, but it’s easy to see how else this will likely be used in the future. Soon, Guile’s US flag tattoo might soon be replaced by a logo for Red Bull, or Pro Tour sponsors like Razer and Arcade1Up. Here’s the ads in action:

On paper, I actually wasn’t against potentially seeing some ads in exchange for Fight Money; as I’ve previously explained, Capcom has a serious problem with its broken, unfair in-game economy in SF5 which even spending real money can’t fix. This sloppy implementation is beyond a joke, though. I laughed at first, but then I realized – this is kind of sad.

I really love Street Fighter 5 – after a deeply rocky first year the game properly found its feet, and this year’s Arcade Edition re-release properly tipped it over into greatness. And yet Capcom keep pushing their luck and rocking the boat, piling in new features that often seem to be ill-considered.

Part of what makes Street Fighter great in my opinion is clear, clean and iconic character design. This is something the series has never lost sight of even with new additions to the cast like SF5’s Rashid, Menat and Laura, but it’s a design philosophy perhaps best expressed in the ‘minimalist pixel art’ of Street Fighter 2’s core cast: 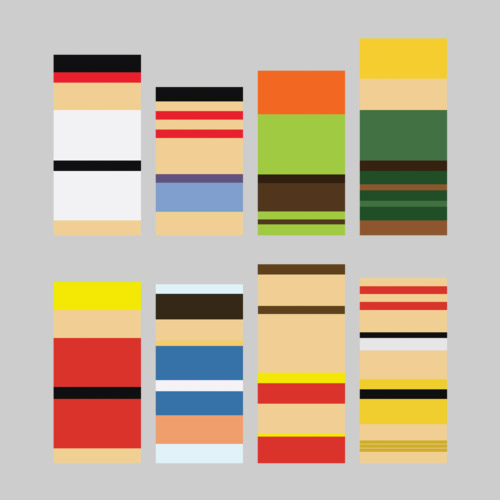 This is the genius of Street Fighter 2’s character design: even simplified to this level, you immediately know which character is which. The same can be applied to more modern versions of these characters and their modern counterparts, and it’s because of this that slapping advertising logos onto their bodies feels so wrong.

I’m all for giving people the option to see more in-game ads in exchange for Fight Money if it’s done well and in a way that respects the artistic integrity of the game. This is not that. This is what surprises me the most: this careless implementation seems not to actually care about Street Fighter itself. In 2017, I talked about how well Capcom was doing with SF5. “[Capcom] seems to give a shit. I’m reassured,” I wrote of their additions and updates to the game. That reassurance is fast evaporating now. Was there no better, less gaudy way? The adverts on stages at least feature in the background in places where they actually make sense.

There’s further insult to injury here, too – the Fight Money reward for turning these adverts on is so paltry (12FM per match, a new premium costume color is 20,000FM ) that it’s basically worthless in the face of the ever-mounting number of FM sinks in the game.

Furthermore, does Capcom plan to run the Capcom Pro Tour tournament games with these ads on? They just make the game look silly, something which seems only poised to take Street Fighter 5 backwards after Capcom has put in years of half-decent work to legitimize the game as an esport, getting it broadcast on TV and serving it to wider, more significant audiences. 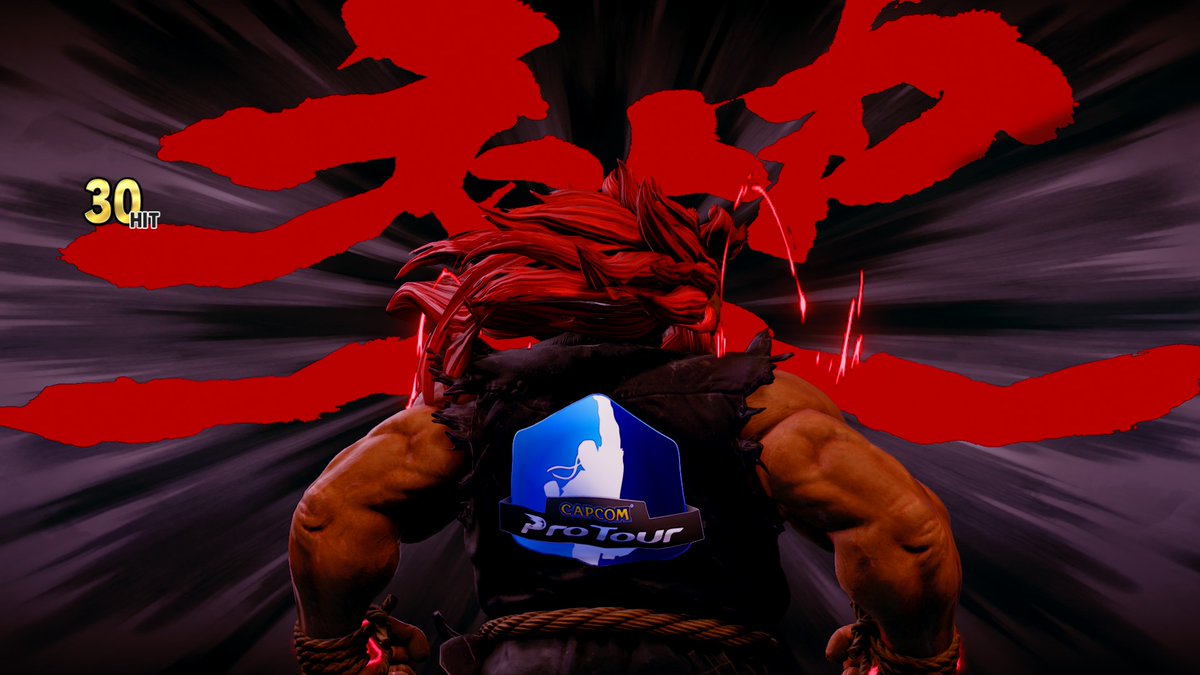 Perhaps the best example of this insanity is this screenshot produced over on the Street Fighter reddit. Here is Akuma performing his iconic finishing move, Shun Goku Satsu. He screams “Die one thousand deaths” at his opponent as he executes this painful, unblockable attack. The music cuts out. His opponent cries out. Akuma turns his back to the screen and strikes a powerful pose. Hashtag Capcom Pro Tour.

I genuinely couldn’t believe this was real when I first saw it, and though I haven’t eaten a raging demon from an ad-sponsored Akuma in-game myself yet, Reddit’s comments assure me it is indeed real. It is a whole new meaning to the phrase unblockable ad. Capcom has submitted to the Satsui no Ad-o. I’m out of puns. I’m turning ads off. Hopefully tournament organizers do too. Capcom – you blew it.