This feature contains major story spoilers for Red Dead Redemption 2, pertaining to the end of Chapter 6.

There’s been a lot of talk about the granular details in Red Dead Redemption 2. After all, this is a game where every item in a general store is manipulatable, different arrows penetrate wood to contrasting depths, and your horse’s bollocks shrink in the cold.

So it should come as no surprise that protagonist Arthur Morgan’s appearance is subject to Rockstar’s tremendous attention to detail. His hair grows in real time and can be maintained and shaped by visiting a barber; he gets dirty and can take baths to give himself a good scrubbing; eating or ignoring food impacts his weight; and numerous layers of clothing allow you to dress him however you please. You can even choose whether his sleeves are rolled up or his trousers are tucked inside his boots.

There are subtle gameplay benefits that accompany the type of clothing you wear and the food you eat, but Red Dead Redemption 2 never ventures too far into survival game territory. It’s all aesthetic. 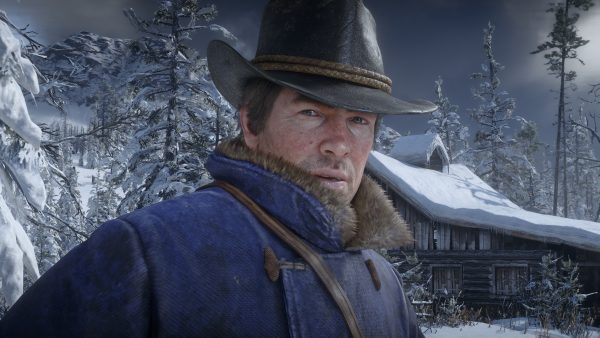 I might be a little obsessed with character customisation in video games, and I know I’m not the only one. It’s the reason why the term “Fashionborne” was coined for FromSoftware’s eldritch masterpiece, and it’s why we’ll often ignore improved armour statistics in an RPG so we can wear that one particularly sexy pauldron. There’s no wonder Fortnite makes gangbusters selling skins. If there’s one universal truth, it’s that we love altering the way our characters look.

In my time in Red Dead Redemption 2, besides one exploratory journey of discovery where I let Arthur’s mane grow to its limit (both on his head and his face), I enjoyed keeping my Arthur looking prim and proper. I took frequent baths, regularly slept, and made sure he was at a healthy weight by eating a couple of meals a day. I trimmed his hair, shaved his beard into a distinct style, and bought a new outfit whenever I entered a new town for the first time. Maintaining and altering Arthur’s appearance became a ritual I was happy to partake in. And then he contracted tuberculosis.

Leopold Strauss is the treasurer in Dutch van der Linde’s gang of outlaws. Or to put it in less amicable terms, he’s a predatory loan shark. Strauss’ business dealings are conducted with the hopeless and desperate denizens of 1899’s America. When these debtors invariably can’t pay, Arthur is the blunt instrument sent to convince them otherwise. 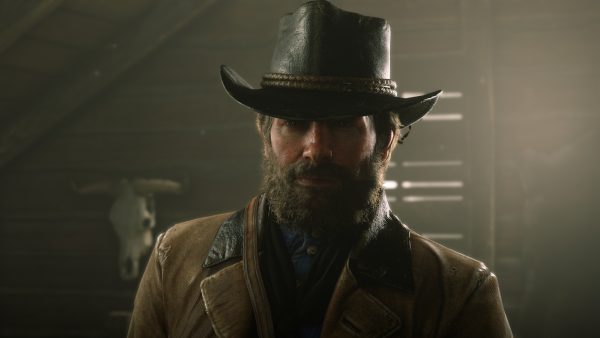 Predictably, it almost never goes well, but there’s one encounter relatively early on that has unexpectedly far-reaching consequences. Thomas Downes is a minor character you might spot in Valentine before Strauss asks you to pay him a visit on his ranch. When he can’t pay, Arthur beats Thomas until his wife and son intervene, but not before he fatefully coughs up blood onto Arthur’s face. It’s an innocuous moment that isn’t particularly noticeable without hindsight, but Arthur’s journal spells it out in refreshingly plain terms: “All them bullets shot at me, all them horses threw me, all them fights and it was the beating of that pathetic little fella Downes that killed me, I reckon.”

Perhaps this shouldn’t be too much of a surprise. Tuberculosis was the leading cause of mortality in the United States during the 1800s. It was a death sentence for anyone unfortunate enough to be afflicted, and while we all knew Arthur wasn’t long for this world – what with Red Dead Redemption 2’s status as a prequel – it’s still an unexpected way to go for a fugitive that’s constantly under fire.

What’s more surprising, however, is the way each aspect of Arthur’s previously breezy customisation is reconfigured to shine an uncomfortable light on the futility of his situation. The sense of control I had over Arthur’s appearance was suddenly wrestled away, ensuring the impact of his deteriorating condition had a tangible and much more profound effect over his gradual demise than it ever would have without that personal touch.

It didn’t matter how often I bathed, or how frequently I ate, Arthur’s wheezy breaths and violent coughing outbreaks weren’t going away. His eyes were bloodshot, his face gaunt, and his frame steadily decreasing. My ritual of maintaining his appearance was destroyed, forcing me to endure the disease with Arthur in a way I wasn’t expecting.

Rockstar took what was a seemingly small detail – a superficial aspect in so many other video games – and redefined its significance. Maybe Arthur’s weight loss wouldn’t have been as noticeable if I didn’t work to keep him healthy, but there’s no escaping the way his face changes: he genuinely looks like a dying man.

Simply glancing at Arthur’s ailing frame and death-riddled face is distressing, but the way Rockstar takes a concept as straightforward as character customisation and coalesces it with a pivotal, heartbreaking plot point is quite brilliant, and only contributes to Red Dead Redemption 2’s stature as a marvel of open world game design.