In the development of Ashe, Overwatch’s newest hero, Blizzard turned towards Call of Duty developers Treyarch and Infinity Ward for a little bit of advice.

Both Treyarch and Infinity Ward come under the Activision Blizzard banner, so it’s not entirely surprising that developers from the different companies would work together from time to time. In the case of Ashe, it was to ensure that her gun – one which is not dissimilar from a Winchester rifle – felt right.

Unless you count Widowmaker’s scope and Hanzo drawing the string of his bow, Ashe is the first Overwatch hero to be able to aim down the sights of her gun. Without the expertise from years of developing FPS games, creating this was a challenge.

But Geoff Goodman, lead hero designer, said in an interview that visiting Treyarch and Infinity Ward was helpful for both Ashe and Wrecking Ball’s development. 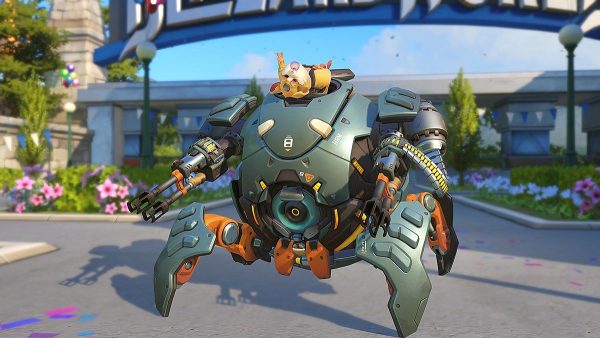 “We went to Treyarch and Infinity Ward and they helped us out because they’re so good at aim down sights, their guns sound so amazing. We talked to them for a while, we were just looking for inspiration for aiming down sights to feel perfect and the sounds of the guns to feel better, Wrecking Ball was a good example in that you can feel it in his guns a lot more strongly, and Ashe as well.”

Despite being unique to Ashe, aiming down sights on Ashe doesn’t feel out of place in Overwatch, which is likely the best sign that Treyarch and Infinity Ward’s advice helped. Similarly, Wrecking Ball’s guns, despite not being the strongest in the game, are hefty things that sound just right for their design.

Got to get by with a little help from your friends, sometimes.