Fortnite’s massive growth and critical success may not actually benefit the the overall games industry.

Fortnite is practically the definition of a gaming success story, that much is clear. The question moving forward is what it means for the overall industry. One would hope that it will attract more players to gaming, eventually letting them move onto other titles whenever the Battle Royale craze settles down.

According to a Superdata study, that doesn’t seem to be happening. A report published earlier this week (thanks GamesIndustry.biz) found a surprising amount of overlap between the consumer profiles of major multiplayer games. What’s more, if you like Overwatch, CS:GO, or League of Legends, you’re likely spending less time on those games to focus on Fortnite.

In itself, that’s not entirely unexpected. The problem is that Fortnite’s success might literally mask an overall decline in established franchises, if not the entire games industry. 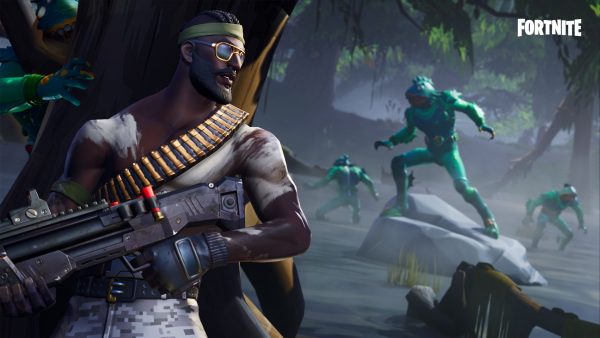 This chart presents in-game revenue from 2016 to 2018, and uses a dotted line to mark revenue that has nothing to do with Fortnite. At a minimum, Superdata thinks this is evidence that Epic Games is “cannibalizing” the broader multiplayer audience to support its own massive growth. Not intentionally – Superdata doesn’t think there’s anything malicious happening here – but it does suggest established franchises aren’t ready to compete with a disruptive juggernaut like Fortnite.

“Where previously no execs admitted to a loss in player activity or spending, it is increasingly clear that the newcomer is taking market share from existing titles, in addition to adding new players to the market,” Superdata writes. “After a period of growth, the market is set to return to its usual zero-sum dynamic. More so, instead of raising all the boats, several of the big tentpole titles are seeing a decline, suggesting that Fortnite has been obfuscating a broader market correction among incumbent game makers.”

This is a preliminary study, so more data from major publishers could make a difference here. In particular, Superdata is looking ahead to the quarterly earning cycle to find out how individual publishers are weathering Fortnite’s rise.