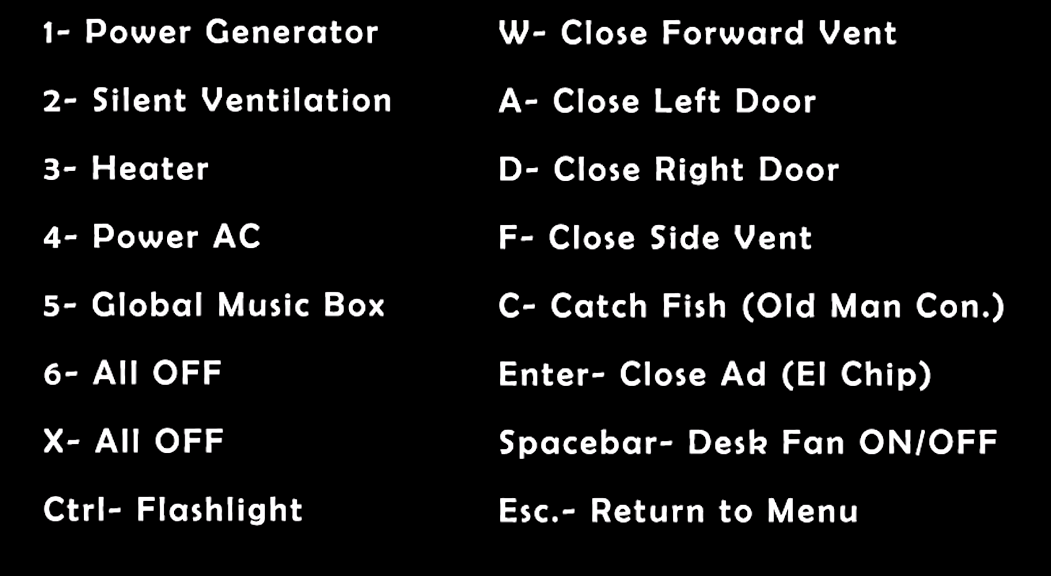 The deep and varied Ultimate Custom Night Roster is packed with 50 animatronic abominations that you can select to create your own Five Nights at Freddy’s mashup. Most of the characters need you to do different things to stop them, which is a lot to remember. Below are what you have to do with the whole Ultimate Custom Night roster: 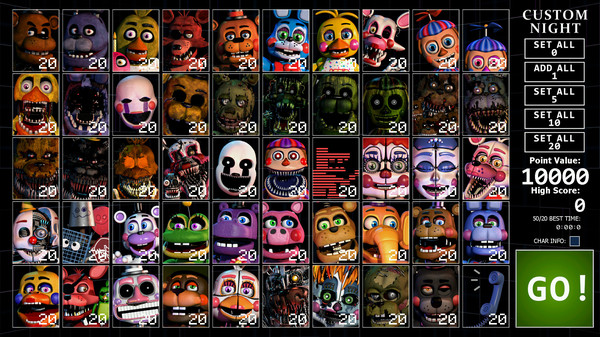 – RXQ / Shadow Bonnie: This character makes your office to go pitch black for 10 seconds and can’t be stopped.
– Plushtrap: Plushtrap will appear sitting in a chair that you have to scare it out of. Watch it with the camera and click to make it go away.
– Nightmare Chica: You’ll see this characters teeth close around the edges of your screen. You have the power on the AC to make her go away.
– Bonnet: Bonnet will go across the bottom of your screen. You have to click on her nose to get rid of her.
– Minireena: Minireena will pop up and randomly cover your screen.
– Lolbit: You have to type “LOL” when you hear this character’s loud noise.

Ultimate Custom Night is a return to the now-classic Five Nights at Freddy’s formula that we first saw back in 2014.

Series developer Scott Cawthon took something of a break to produce Freddy Fazbear’s Pizzeria Simulator, which was in a different style to the main series games, but now is back with the biggest entry to date.