You know it’s E3 when even Steam is leaking unannounced video games.

Just Cause 4, one of the least likely games mentioned in that massive Walmart Canada dump, does indeed exist.

The list, which is becoming increasingly more accurate as time goes on, correctly leaked Lego DC Villains, Rage 2, and Assassin’s Creed – though the latter wasn’t called Odyssey like we now know it is.

Thanks to Steam’s news section; the pop-up window that greets users when they launch the app, Just Cause 4 has been confirmed real. We even got a look at the promo art.

Steam typically reserves this section for discounts and big upcoming releases but it seldom – if ever – mentions any unannounced games. Someone definitely pressed a button too early.

Here’s what some Steam users got this morning, courtesy of journalist Steven Oz on Twitter.
‏ 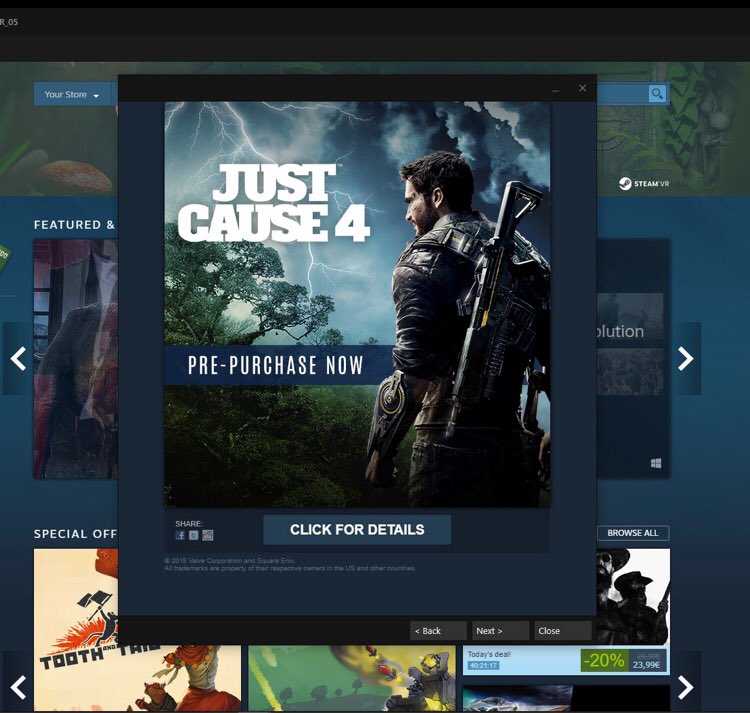 The Steam news card doesn’t mention a release date, obviously, so we’ll just have to wait until the show kicks off to see what Square Enix’s plans are for it.