A new patch has arrived on the Overwatch PTR, and along with the Avoid as Teammate feature, it applies a few hero nerfs and buffs.

Along with the new Avoid as Teammate feature, a few changes were made to D.Va., Reaper, Zenyatta, and others.

Some heroes were only given bug fixes, but others like D.Va. were given reductions to skills such as explosive damage in her case. The secondary fire rate for Zenyatta’s Orb of Destruction was reduced 15%

There’s more in the Overwatch PTR patch notes below along with developer commentary. 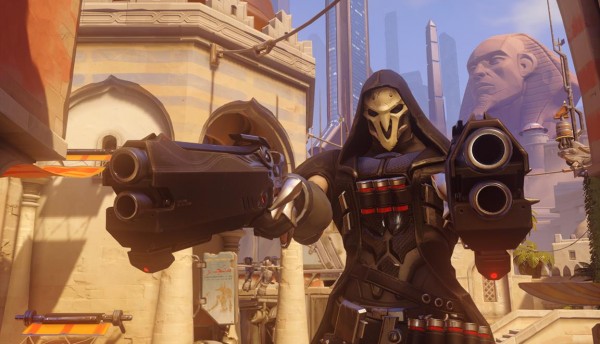 Developer Comments: We moved the checkpoint back for two reasons. The original location swung the map’s balance too far in one direction (favoring the defenders). Also, once the payload reached the checkpoint, defenders returning from spawn could get pinned in this area, usually resulting in their death.

Developer Comments: Due to player confusion about the most appropriate category to report players for poor or toxic gameplay, we are removing the Poor Teamwork option from the reporting system. Players should instead use the Gameplay Sabotage option when players actively harass or disrupt their own team with game mechanics or their actions. Players should not be reported simply for performing poorly, since everyone occasionally has a bad game.

Developer Comments: D.Va’s burst potential is a bit too high, and her Micro Missiles are a major part of that. Currently each missile deals 3 impact damage and 6 explosive damage. We’re reducing explosive damage from 6 to 4 but leaving the impact damage the same, the net result being 22% damage reduction.

Developer Comments: This change helps Mei combat multiple targets that are clumped up and also makes it easier to keep her freezing a specific target if another enemy gets in the way. In addition, this change helps her ultimate more consistently be able to freeze more targets, especially if they are near each other. Note: While her shots now pierce enemies, they still do not pierce barriers such as Reinhardt’s shield.

Developer Comments: These changes help Reaper use Wraith Form more consistently as an escape, but they also open up new options, such as chasing down key targets.

Developer Comments: Due to issues with visibility, we have made most of Moira’s visual effects fade away the closer they are to the camera. We have also made modifications to Coalescence to greatly increase the ability for foes and allies alike to see through it when facing it.

Developer Comments: Zenyatta is meant to be able to deal a lot of damage, especially for a support, but his alternate fire burst damage was a bit too high. This change keeps the overall damage the same but lowers the DPS slightly and makes it harder to hit multiple shots at very long ranges.