Want the latest on Code Vein, Digimon Story and God Wars? We’ve got you.

Details on how multplayer will be implemented in Code Vein have finally been revealed in the weekly release of Famitsu magazine. A relief or distress signal can be sent out to call upon players who have “met certain requirements” to help the player complete a dungeon. If it’s like Nioh, it’s simply a matter of having completed that area before.

You will still be able to use your buddy even if you play with another person; the buddy will not disappear. Items used by the buddy will affect both players. Details on communication don’t explicitly state whether voice chat or keyboard chat are possible, but it appears keyboard chat at least isn’t possible. Players can, however, create “emotions” by combining gestures, voiced lines, and stamps.

Joining an already beefy cast are Karen and Chris Silva. No, not the basketball player. Karen is Louis’s older sister and works on the Q.U.E.E.N. Project, in which Chris Silva is a test subject. No further information is yet known on these two. 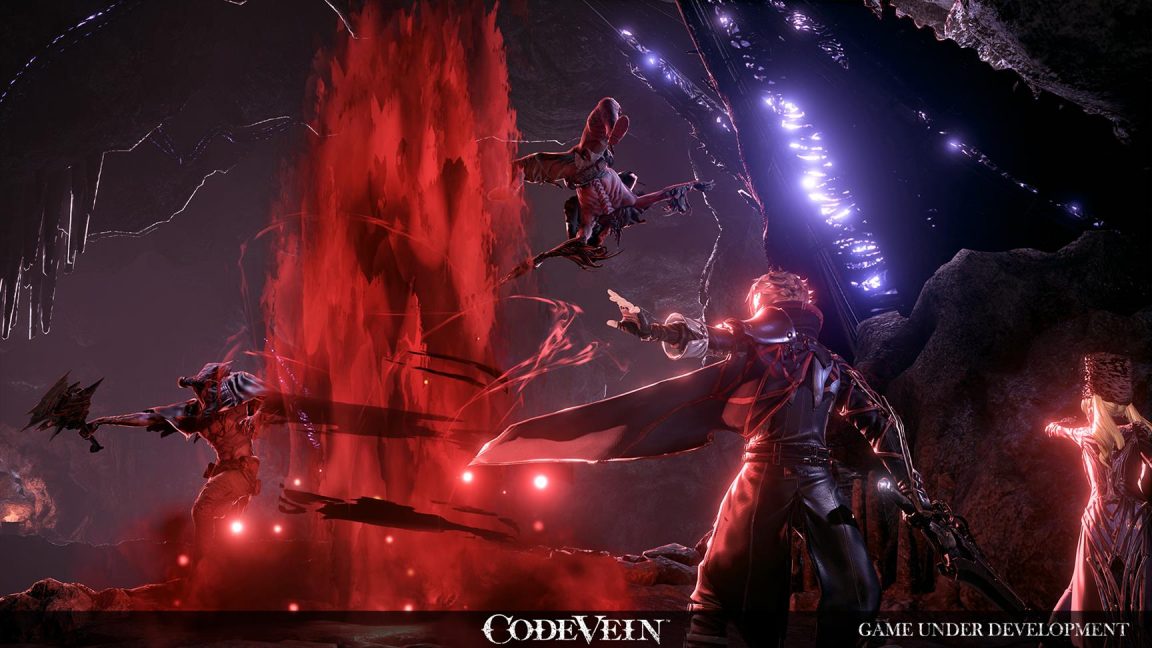 Version 1.04 is out and free. The only apparent addition or change is the addition of the unidentified Digimon Apocalymon, who is now able to be obtained. He evolves from Machinedramon, Piedmon, MetalSeadramon, and Puppetmon at level 99, requiring 120 Abi. His special move, Darkness Zone, inflicts 444 damage to any enemy at a cost of 40 SP.

God Wars: Nihon Shinwa Taisen (“Great War of Japan Mythology”) has been announced by Kadokawa Games for Nintendo Switch, PlayStation 4, and the PS Vita. Nihon Shinwa Taisen is an updated version of God Wars: Future Past, including all the same content plus new episodes, scenarios, new music, and multiple endings.

Details from this week’s Famitsu reveal that this version in the strategy RPG series is said to have gameplay improvements including a quicker battle speed, a help feature, the ability to create units of up to eight men, a higher level cap, and higher difficulty.

In addition, new characters include Orihime and the Momotaro characters from the Labyrinth of Yomi DLC for God Wars: Future Past: Momotaro, the Pheasant, the Monkey, and the Dog. The release date and price are not yet decided.