Dark Souls Remastered is beginning to show up for pre-order online, and it doesn’t seem to have a full price.

Update: Bandai Namco confirmed that there will be no discount on PC similar to the Scholar of the First Sin rollout. The price is $40 everywhere.

Original story: When Dark Souls Remastered was officially announced yesterday for Nintendo Switch, and later for PC, PS4, and Xbox One not many details were revealed.

Sure, we found out about early resolution and frame-rate targets for all platforms, but we didn’t get an official retail price, or really any information about the developers working on these ports. One day later, some of these details are starting to appear.

First, the question of the price has been asked many times everywhere you look, particularly because some players don’t feel like paying $60. Unfortunately, since no gameplay was shown, everyone had to lower their expectations of what the remaster is actually going to be.

Thanks to listings on Amazon and other retailers, we know it’s going to cost $40. This is the price on all platform, including PC.

However, something curious about the PC version is going on behind the scenes. The game’s listing on the US Bandai Namco Store had a sentence in the description confirming that owners of Prepare to Die Edition will be getting a 50% discount. The text has since been removed, but not before a ResetEra member grabbed a screenshot. 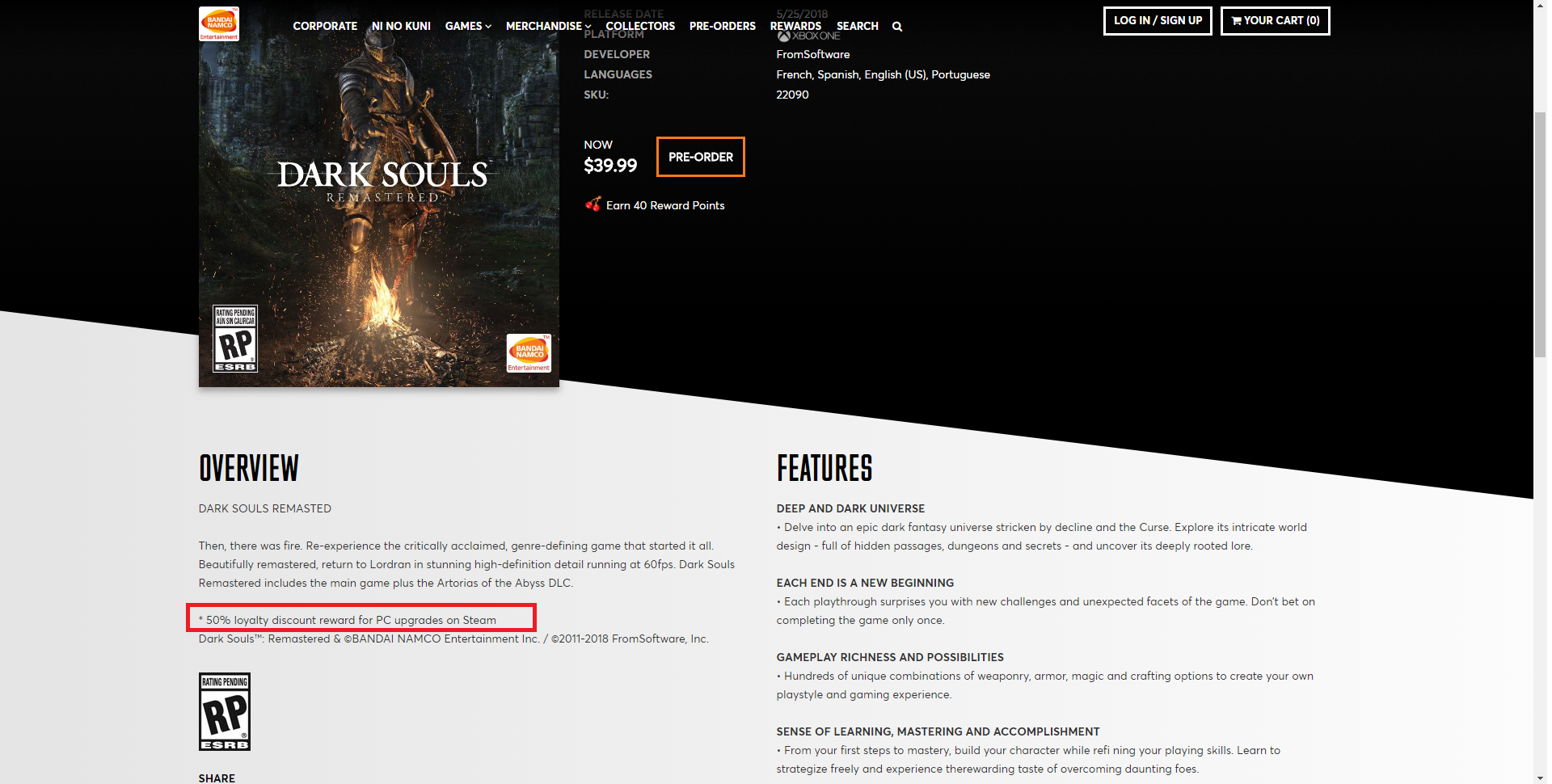 The promo is tied to Steam, as you can see, but the remaster’s Steam page has yet to go live on the store. It’s very likely we’ll get an official announcement when that happens, but the removal of the text could mean that it was simply made in error.

If indeed true, it wouldn’t be the first time Namco offered upgrade incentives for PC players. Prior to the release of the Scholar of the First Sin edition of Dark Souls 2, the publisher had a similar upgrade path with two prices, one for owners of the base game and another for those who also owned the DLC.

It’s not too out there to think the scheme will return for Dark Souls Remastered. We’ve asked Namco for comment.

Dark Souls Remastered is out May 25 on PC, PS4, Switch, and Xbox One.