Xbox One Alpha Insiders are currently testing a new firmware that brings a couple of nifty features.

The update, version 1802.180105-1503, will soon advance through the various Xbox Insider rings. The highlight feature has to be the ability to set your online status as ‘Do not Disturb’, something fans have long been asking for.

Do not Disturb automatically prevents notifications from popping up, but the biggest reason you’d want to pick it is enjoying online games without getting bothered with messages and invites.

The update also adds the Next Achievements feature. Available in the Guide, the feature tracks all Achievements that you’re close to unlocking across all your games, with the ability to filter the results further. 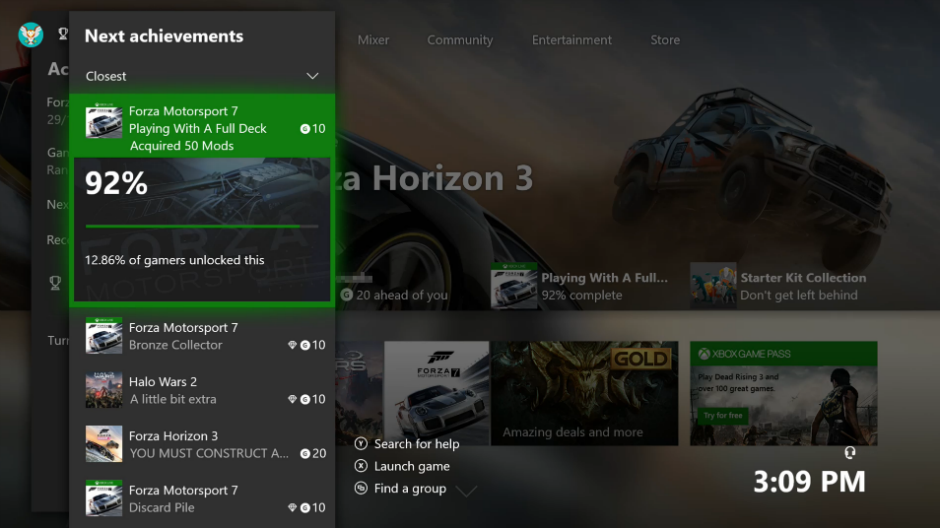 A miniaturised version of Game Hubs has been added to the Guide. These Mini Game Hubs contain the same content seen in regular hubs, such as Achievements, friend activity and so on.

Finally, the new firmware changes the layout of comments in the Community feed to make them easier to read, and adds a few more options to the Power and Startup menu when automatically turning off the console after a period of inactivity.

Microsoft did not say when the rest of us can expect to see these features, but it typically takes about a month for testing to wrap up.