The event is packed with Call of Duty nostalgia, bringing the long-awaited Gun Game back to the fold, as well as a winter version of the map Carentan, double XP playlists, new weapons, and free supply drops – with special wintery loot – for all players.

The popular shooter has sat on top of the UK sales charts for the last five weeks, and this fresh announcement comes along with a new trailer going over what the event has in store – introducing a few of the five new weapons you can unlock.

First up, the Gewehr 43 is back. We last saw the semi-automatic rifle in the updated World at War zombie maps in Call of Duty: Black Ops, so it’ll be interesting to see how this old early-round favourite will fare in the new game.

Next is the Sten, a British-made submachine gun, some versions of which saw action all the way up to the ‘60s. The ADS is reminiscent of the Type 100 from World at War, and is definitely a close-quarters kind of weapon.

The last gun to make a major appearance in the trailer is the GPMG light machine gun. This high rate-of-fire LMG looks like it can deal some serious damage with relatively little recoil – which would be fun to use.

Also seen in the trailer, but not specifically named, were the Ice Pick and Trench Knife.

We’d already had hints that Gun Game, the Gewehr and the Sten would be returning. Last month diligent players noticed that stats for Gun Game had been added to their Combat Records. While last week, footage from the Winter Siege trailer was accidentally posted online by Activision.

The full schedule for the event is below. 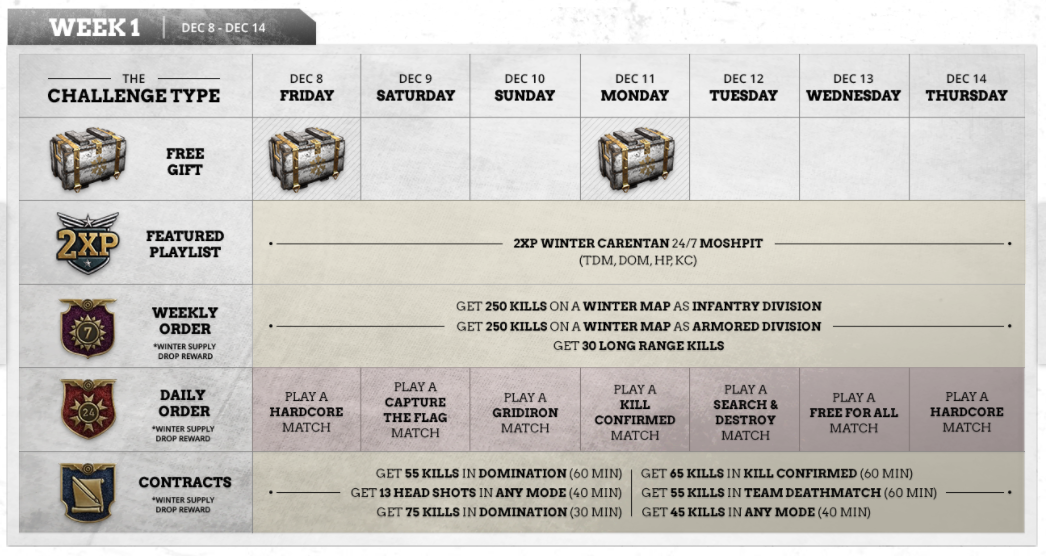 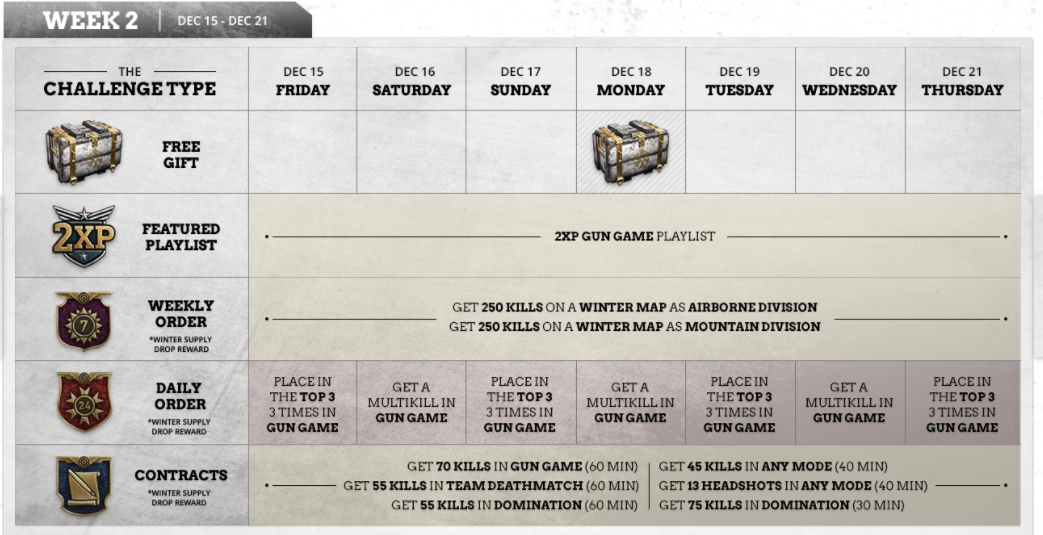 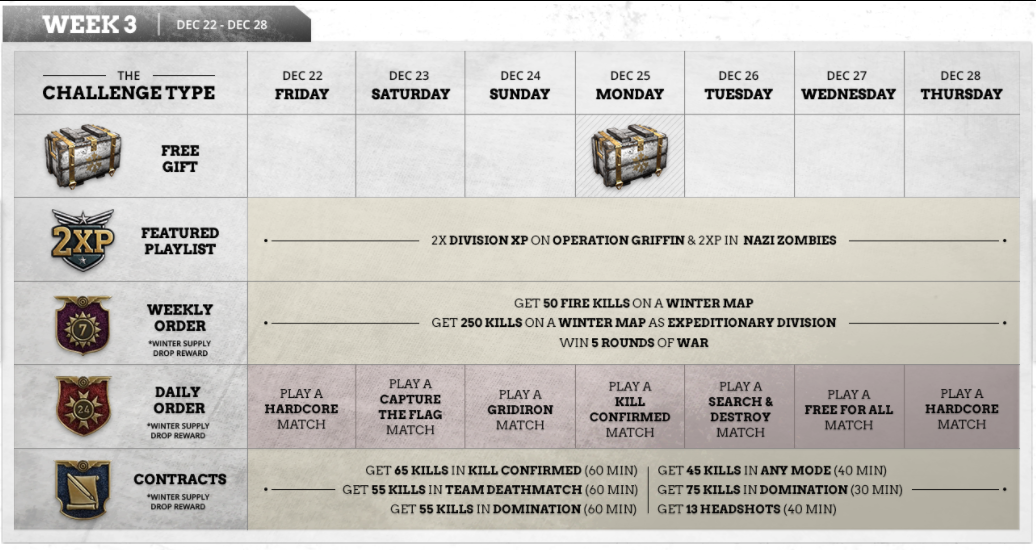 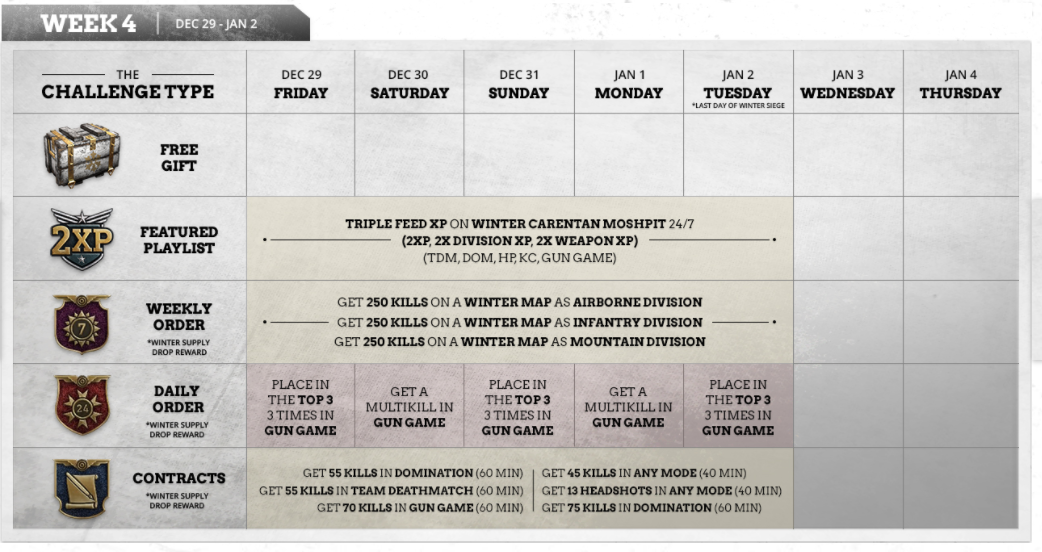