Skyrim has hit Switch and VR this week. Whether you’re a fresh-faced adventurer or a battle-worn Dragonborn, you’re in for a treat.

To celebrate Skyrim’s arrival on Switch and VR, we’re republishing our Skyrim guide – we’ve got all sorts of goodies waiting for you.

This page is all about the lesser-known, very cool little secrets hidden in the vast landscape of Skyrim. As far as we know, all of these work in the Switch and VR builds of Skyrim as well as PC and other consoles.

Secrets, exploits, glitches, Easter eggs – whatever you want to call them, here are a few of the more useful ones. Whether you’re diving in on Switch for the first time or starting your 2,000th hour on PC with the Special Edition, you may find something to interest you. Let’s get into it. 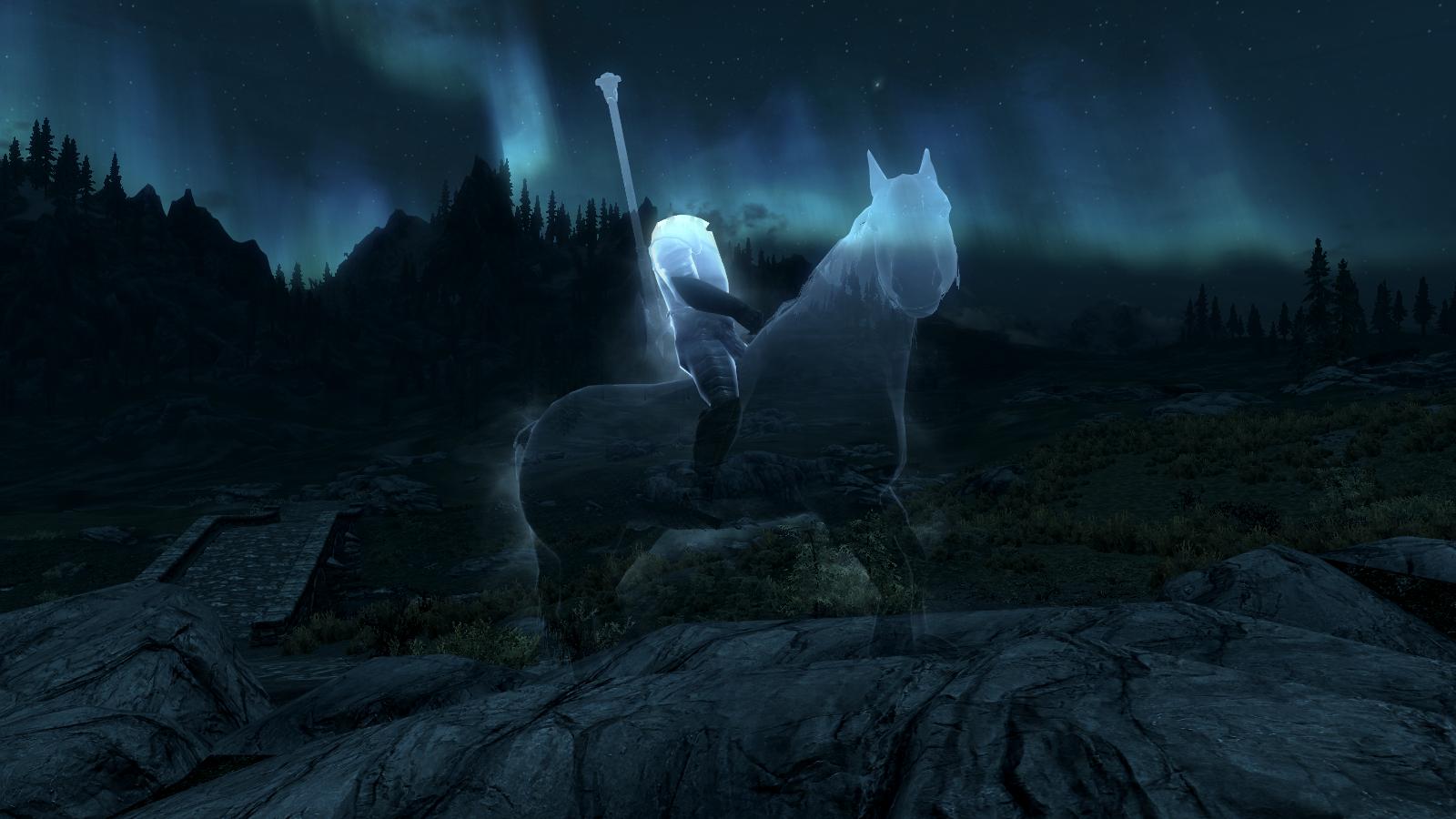 If you’re a sneaky archer, keep a weather eye out for NPCs honing their archery skills with a straw-filled dummy. Sneak up and pickpocket their arrow supply, replacing it with a single high-quality arrow.

The character will transform it into a whole host of high-quality arrows, shooting them at the target for you to go and collect.

Your followers will sometimes take pot shots at targets set up in your homes or in areas where there are no threats, so take advantage of that.

This spooky spectre can be seen at night – more specifically, between 10pm and 4am.

If you see him, jump onto your own horse and follow him. He’ll lead you to Hamvir’s Rest where you’ll find some skeletons and a Draugr, a master level chest, and a coffin with his skull inside.

This is just as horrific as it sounds, but at least you’re the one doing the throwing. This was orignally part of the Dragonborn DLC.

You’ll need to make your way to White Barrow Ridge which is full of an array of spiders. It’s basically Australia.

There’s a caged room called the Imbuing Chamber and you’ll need the key from Merilar Rendas, a Dark Elf.

To create these nightmarish monstrosities you’ll need Albino Spider Pods that you can combine with different gems for a variety of elemental effects that will apply as it explodes. So enjoy that.

The ability to ride dragons was introduced as part of the Dragonborn DLC.

To get yourself an invincible one, head to the Throat of the World after you’ve learned the appropriate shout for summoning the beasts.

Use the shout and your dragon, who will be flying around the mountaintops here, will descend. Because the dragon counts as an important NPC he can’t get killed.

You can fast travel on him to save flying all over the map.

Are there any further Skyrim secrets, hints or tips you’d like to share with the class – especially brand new players on Switch and in VR? Don’t hold back.