Cooking is easy in Skyrim, and wow, is it worth the absolutely minimal effort.

Skyrim is out now on Switch and VR, and we’re celebrating by republishing our Skyrim guide.

This page highlights four recipes and explains why cooking in Skyrim is such a useful and worthwhile pursuit – this isn’t just about health restoration, but buffing your character in ways that allow for some arguably broken gameplay.

While you’ll find these recipes useful for any build, the first three are excellent for our dual wield Skyrim build, while the last one is useful for the necromage vampire (and of course you can combine both of these builds for true carnage). 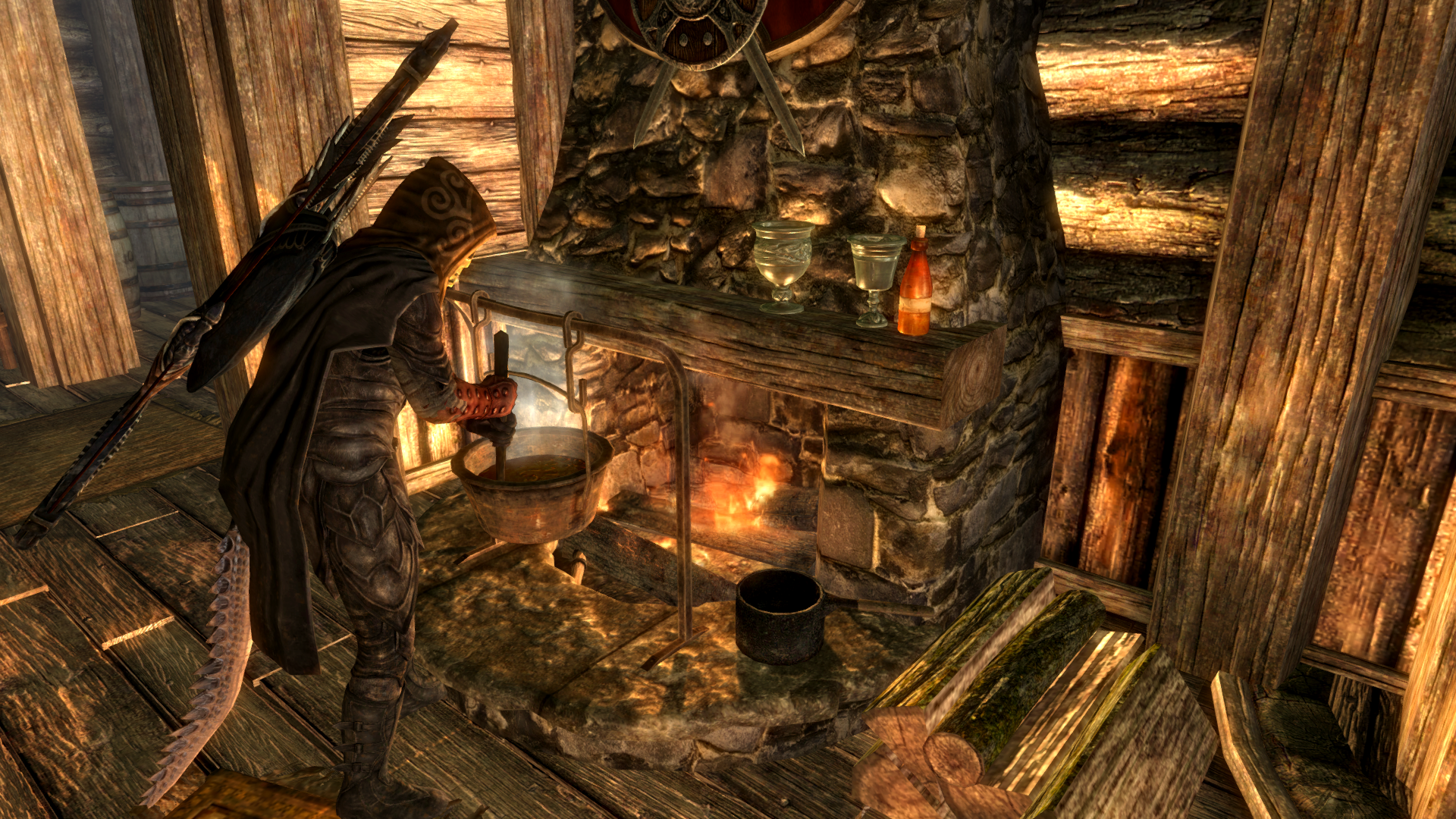 Cooking in RPGs can often be overlooked. It’s a great – and cheap – alternative to buying potions and the ingredients are often easier to come by. Plus all you need is a fire to cook over.

There are tons of recipes for you to nosh your way through but here are our picks for a few that have some seriously overpowered effects.

Vegetable soup should be considered a staple of your inventory and is invaluable when it comes to power attacks. It regenerates one point of stamina and one point of health per second for 720 seconds.

You can execute a power attack with only one point of stamina so it’s entirely possible to chain them and just go balls out mental without worrying about running out of stamina.

Beef stew is even more effective than veggie soup for stamina regeneration, restoring two points of stamina per second for 720 seconds, as well as increasing the stat by 25 for 720 seconds.

Beef is a little harder to come by than veggies, though, so be sure to grab any and all you see.

If you’re struggling to find beef, the venison stew is your fallback with one point of stamina and health being restored every second for 720 seconds and a bump of 15 to your stamina.

You can gather venison yourself by hunting deer; head out onto the grasslands west of Whiterun and use stealthy bow attacks for best results.

This recipe is brilliant if you’ve gone down the magic route, and even more so if you’re a necromage vampire.

It increases your magicka by by 100 for 720 seconds giving you the ablity to cast spells that you may not be able to otherwise, and lets your magicka regenerate 25% faster. The effects last for 12 minutes, but if you’re a necromage vampire, that stretches to 18 minutes with a 31% increase for magicka regen and a boost of 125 to the stat.