PlayStation Experience 2017 will be held on December 9, as previously reported, and once again alongside Capcom Cup 2017 at the Anaheim Convention Center.

Sony said today attendees will be able to play games on PS4 Pro hooked up to Sony 4K HDR TVs. There will be “dozens” of PlayStation VR demos, developer panels, merchandise, collectibles, and more.

Discounted early bird tickets are available right now for the event, also for the pre-PSX event being held the night before. Quantities are limited as usual.

At PSX 2017 a special tournament stage will be dedicated to the Capcom Cup. Here, Street Fighter 5 matches will take place all day on Sunday, December 10, culminating in the Grand Finals that evening.

The top qualifying players from the 2017 Capcom Pro Tour will be fighting it out for over $250,000 in prize and the chance to be crowned the 2017 Street Fighter 5 World Champion. 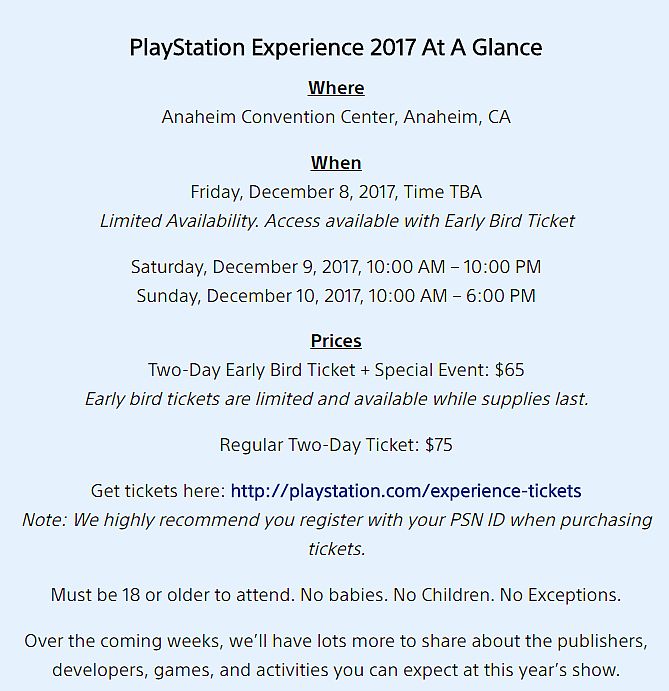 If you missed the last three years of coverage for PSX along with my sorry attempts at being funny, you can check out the consequences of me staying up into the wee hours covering everything from 2014, 2015 and 2016 through the links.