If the Group you founded in Destiny wants to become a Clan in Destiny 2, now’s the time to decide.

Bungie said today it’s time for Founding members of Groups to “rally the troops” and begin planning the migration to a Clan in Destiny 2.

The Founder of each Group will need to convert over to the new integrated Clan structure so that when Destiny 2 launches, they will be ready to roll.

Clans, which were revealed as a new social feature earlier this year, will find in-game features to manage their roster and every member will earn rewards based on the activities of teammates.

As previously announced, Guided Games will also allow Clans to add other players to Fireteams through the Clan management tools on the Bungie website or Destiny mobile app. 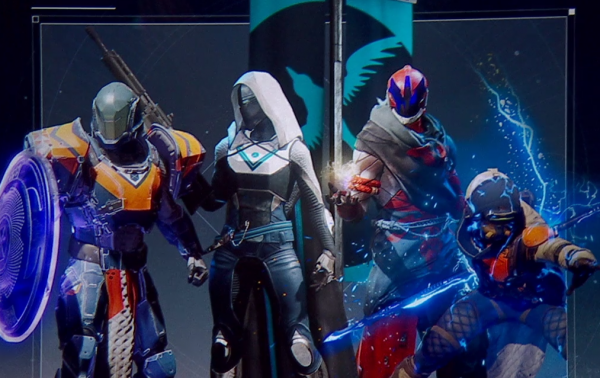 While Clan Management functionality goes live today on Bungie.net, August 23 is the deadline to choose between staying a Group or becoming a Clan. You have almost an entire month to decide, so no pressure.

During the recent Destiny 2 beta, Clan features weren’t present due to the original system being built on much older tech.

The Clan and Guided Games features in Destiny 2 required Bungie to “rework some of the underlying architecture,” but the studio said it will “make sure the history of your beloved communities is preserved in the process.”

More information on Clan progression and Guided Games will be discussed closer to launch along with other social features.

Until that time, visit Destiny Player Support for all information pertaining to Clan migration, staying in a Group, reserving names and everything else in-between.

You can also create your own Clan or join one of the Groups which have converted over through the link.

Destiny 2 is out September 6 for consoles and in October for PC. A beta for the latter is expected in August.