Star-spangled shooters and Mobile Ops make-over for the patriot in you. 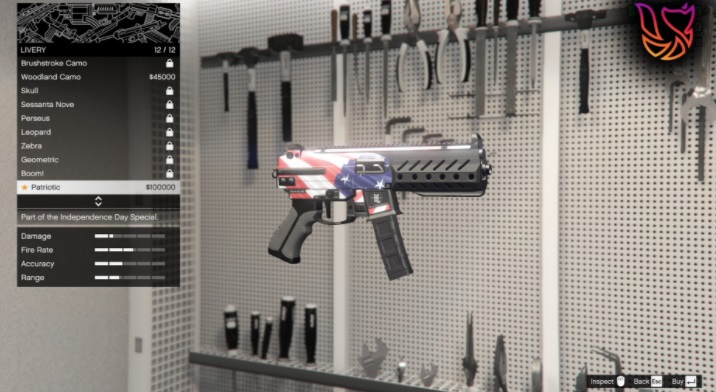 It’s about that time when Rockstar drops an Independence Day update for GTA Online, and this year you’re getting a whole refresh of star-spangled weapon skins and vehicles liveries.

As leaked by TezFunz2 and FoxySnaps, you’ll be able to buy a bunch of patriotic themes for your favourite weapons and for the newly added Mobile Operations Centre.

The Patriotic weapons skin will cost you a whopping $100,000 and can be applied to most guns, from pistols to sniper rifles and the heavy MG.

If you want to advertise your god-given right to shoot a muhfucker on the side of a truck, you’ll want the Mobile Operations Center skins, which look to come in four different flavours:

When will the Independence Day Special be released for GTA Online I hear you ask? Well, it’s July 4 in a couple of weeks, so expect them to drop either then or in time for this weekend, Captain Obvious.

Previous Independence Day Specials have brought us fireworks, a monster truck, mullets, a bike and one of those hats with a drinking straw and beer holder on it.