Jim Ryan pipes up after Phil Spencer’s jabs at the PS4 Pro. 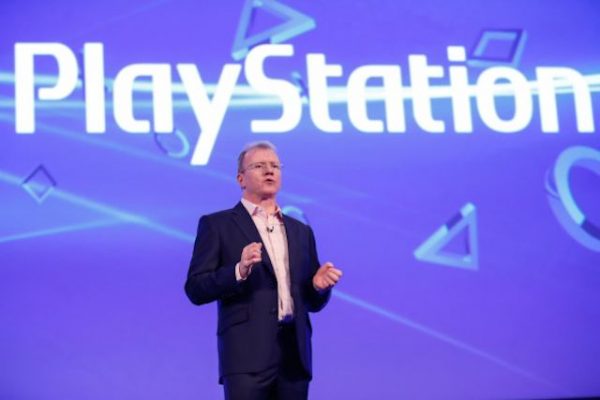 In the hubbub of E3 2017, Phil Spencer has been singing the praises of Microsoft’s new console, saying that he’s “proud” of the console’s $500 price tag and that “the very best console version of games” this year will be on the platform.

He hasn’t made a secret about the fact that he doesn’t think Sony’s PS4 Pro is a competitor to the Xbox One X either. Why not? Because “If you just look at the specs of what this box is, it’s in a different league than any other console that’s out there.”

Spencer drew comparisons between PS4 Pro’s checkerboarding tech that upscales images to 4K and the Xbox One X’s true 4K, although it’s worth noting that many Xbox One X 4K games will also use checkerboarding.

PlayStation global sales and marketing head Jim Ryan had something to say about all of that to Eurogamer.

Eurogamer brought up the subject of Sony’s marketing deals with triple A titles – that Phil Spencer is not a fan of, apparently – and asked if Ryan foresees a significant difference in performance and image quality between the Xbox One X and PS4 Pro.

“I’m not going to go into the detail of what’s embedded into individual contracts with publishing partners. What I would do is cast our minds back to the PS3 generation, where we had on paper more impressive specifications than our competition, and in some areas by quite a considerable margin.

“Now, that didn’t play out the way we had anticipated it would – and this is nothing to do with co-marketing deals, this is just general developer and publisher dynamics.

“What happened was that developers, maybe at the behest of publishers, developed up to the lowest common denominator and stopped there. And in very few cases took advantage of the additional horsepower of the PS3.

“Now, I’m a big believer of learning lessons from history. History doesn’t always repeat itself. But if you’re a publisher of video games, that is a perfectly commercially rational approach for you to take,” he said. “Because you only do one set of work. You don’t do one set of work to get up to one level and then a different amount of work and consequently may need to go further.”

And in case you were wondering if Sony has been putting pressure on publishers to ensure that the Xbox One X versions of these games are held back to make sure that the quality is comparative, Ryan’s response is a resounding no.

“I think you’re trying to see some sort of nefarious platform-holder activity where likely none exists,” he replied.

Is Sony concerned about the Xbox One X’s specs when it comes to new releases?

“Well, we’ll see when they launch in six months’ time…There will be hundreds of games published this year and those games, market forces will prevail. If a developer or publisher wants to take advantage of the supposed power of the X, they will do that. If they don’t, they won’t.”

Ryan seems mostly unfazed about the Xbox One X. Do you think he’s right about developers stopping at “the lowest common denominator” or should he be more concerned? Chime in below.