Frog Fractions 2, one of gaming’s greatest mysteries, can be yours. 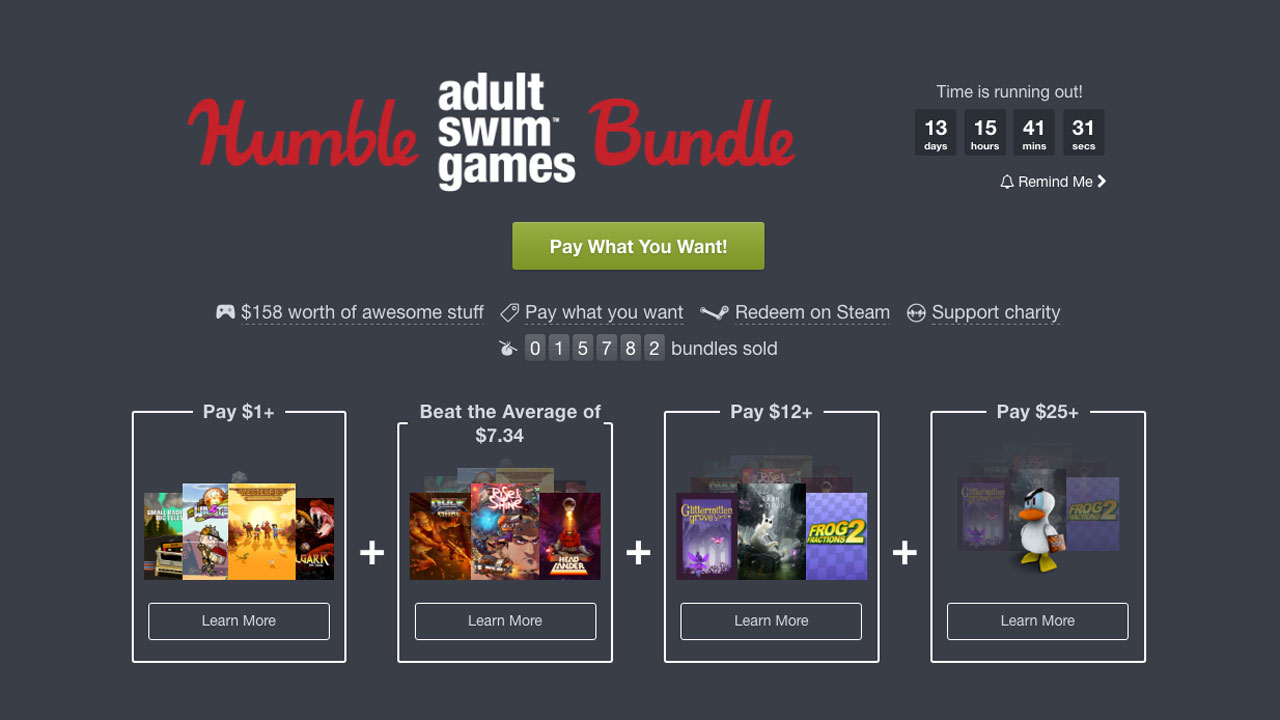 The latest Humble Bundle is a collection of games presented by Adult Swim. The brand is doing so many interesting things lately that its name alone would be enough to pique our interest, but there’s also the matter of Frog Fractions 2.

If you’re out of the loop on the whole Frog Fractions thing, please stop reading immediately and go devote as much time as you can spare to playing Frog Fractions; you get out what you put in.

Frog Fractions 2 was Kickstarted in 2014 in unusual circumstances; developer Twinbeard promised to release the game under a different, unannounced title, and let us track it down. For years afterwards fans were puzzled by a meticulous online and real-life ARG, which culminated with the release of Frog Fractions 2 – and then the hunt to find it.

Kotaku has a great rundown of the Frog Fractions 2 hunt, but to cut a long story short: you can pick up the project at the centre one of gaming’s most fascinating mysteries by buying this Humble Bundle. Since Humble hasn’t actually pointed out which game it is and how to access the hidden content, we’ll leave you to choose whether to read up on it or not before diving in.

In any case, here’s what’s in the Adult Swim Humble Bundle that isn’t Frog Fractions 2 – except the one that actually is. Pay what you want for Small Radios Big Televisions, Wasted, Westerado: Double Barreled and Volgarr the Viking.

Pony up $12 for the premium tier with Glittermitten Grove, recent indie darling Rain World and, yes, Frog Fractions 2 – it’s in this tier, which narrows it down significantly.

As usual, you decide how your payment is split between publisher, organisers (including a tip to us by default) and charity. This week’s nominated beneficiaries are Center for Puppetry Arts, Girls Who Code and the Human Rights Campaign, with the option to select a fourth fund of your preference.

Three of the games this week are available DRM-free, and there are four Mac games and three Linux games available, too.