As you know, there’s a Thief movie in the works, and it appears a new entry in the game franchise will be released “in step” with the film adaptation. 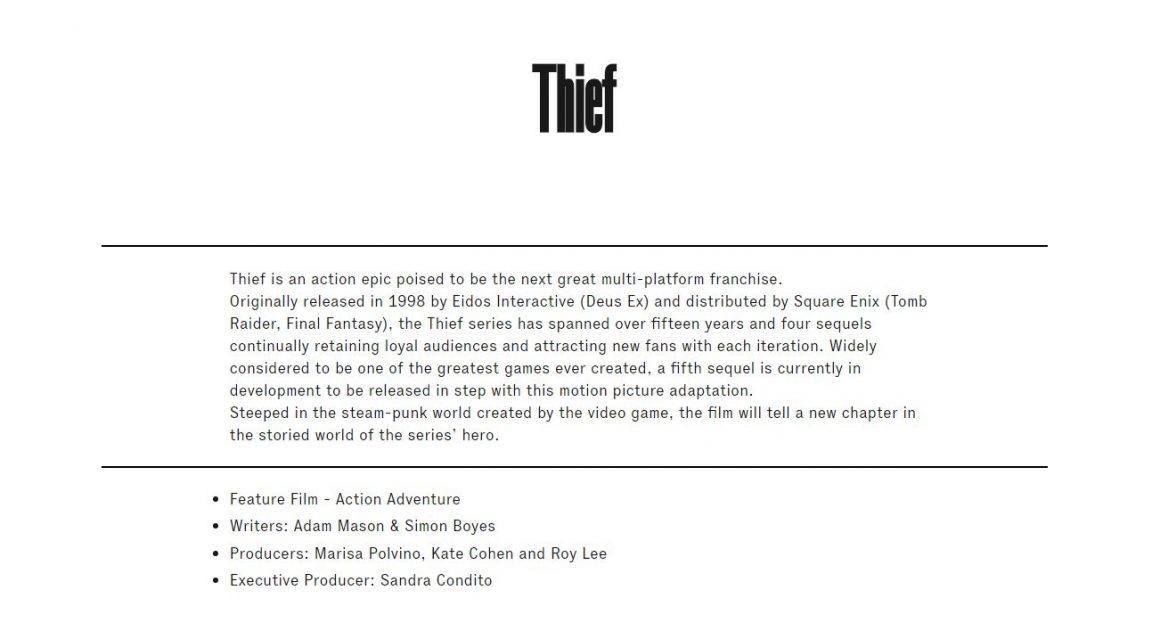 This is according to Straight Up Films which is developing the film based on the Thief video game IP. The studio updated its page today, mentioning the franchise had a new game in the works.

We posted a screencap of the announcement just in case the info gets pulled, but here’s the blurb (thanks PCgamesN):

“Thief is an action epic poised to be the next great multi-platform franchise. Originally released in 1998 by Eidos Interactive (Deus Ex) and distributed by Square Enix (Tomb Raider, Final Fantasy), the Thief series has spanned over fifteen years and four sequels continually retaining loyal audiences and attracting new fans with each iteration.

“Widely considered to be one of the greatest games ever created, a fifth sequel is currently in development to be released in step with this motion picture adaptation. Steeped in the steampunk world created by the videogame, the film will tell a new chapter in the storied world of the series’ hero.”

It was announced in 2014 a Thief movie was in the works, and earlier this year the rights to develop were acquired by Straight Up Films. The story will be adapted by screenwriters Adam Mason and Simon Boyes, and produced by Marisa Polvino, Kate Cohen and Roy Lee.

Eidos Montreal said another Thief game would be dependent upon how well the 2014 release was received. Review scores for the game were middle of the road, if you recall.

Square Enix has yet to comment on the matter, from what we’ve seen. Maybe Thief 5 will be announced at E3 2017 next month. We’ll have to wait and see.